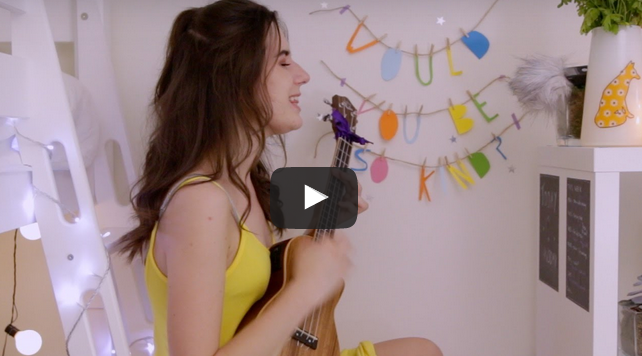 She’s got over a million YouTube subscribers, 477,000 Twitter followers, a Top 40 EP, Intertwined, that also went to No 5 in the iTunes album charts, plus one Shorty award for best musician on YouTube. But unless you have a teenage child with a love of pensive, cutesy folk, it’s unlikely you’ll have heard of the singer, serial vlogger and ukuleledon Dodie Clark. And the 22-year old is just fine with that: “I like it! We’ve been brought up in a world where mainstream fame separates you into black and white, and the celebrities are untouchable. I’ve basically lived my life online through songs and vlogs and videos. I’m not untouchable.”

Though she counts herself as a musician – she started uploading music online when she was 15 – much of her income comes through brand work. In the past, this was writing songs for Kellogg’s and Barclays; now it’s Chupa Chups sponsoring her tours and giving her thousands of sugar-free lollipops for her fans. Despite a slight reticence about how she’s perceived outside of her YouTube bubble, she does profess to aspirations to go more mainstream. “It would be interesting to document it,” she says, “I can’t think of many people doing that.”