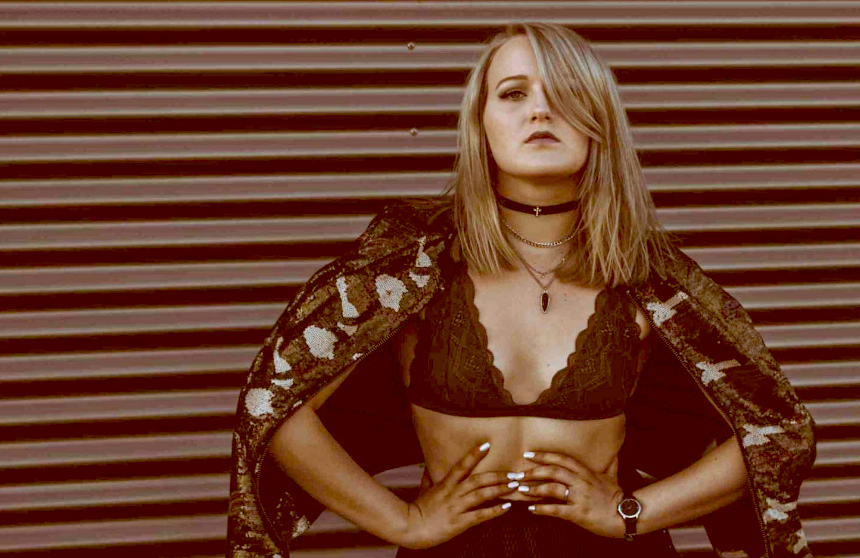 I enjoy playing acoustically as well as electronic production so I go where the inspiration leads. Sometimes I get influenced by reading stories other times my environment sparks my inspiration but either way I love to experiment. I learned about the electronic side of music production at school and it opened up a whole new creative world for me. now collaborating with other artists pushes me to expand my limits and try new things.

My Music Story…
During the final year of my BA songwriting course at the ICMP, I really got into music production. I soon realized that there was so many other ways of creating and writing music, it opened up so many possibilities for me and I felt like for the very first time I was in full control of my sound as an artist.

Rather than just using guitar, I began writing songs on my mac sometimes starting from a bass line or an electronic drum beat. Since then, my music completely changed and I was able to create demos for every track on my EP, including Bittersweet, and this really helped me create the exact sound I envisioned for my songs. I then took the demos into the studio and was really surprised when the executive producer decided to keep a lot of my demo work in the final production of the tracks!

Music Business…
I think the music business is a wonderful business to be part of. Similarly to other career paths, there are obviously going to be ups and downs but I think the one thing that makes the music industry a tricky one to be part of, especially for the artists, is that there are so many talented people all striving for some sort of recognition within the music business that it does result in a very competitive industry. At the same time this also becomes a ‘pro’ because it makes you work even harder to to be the best you can possibly be and really refine your craft.

I would love to have 5 minutes alone with….
My one-of-a-kind Nanna Bow! Unfortunately my nan very recently passed away, it was totally unexpected and completely shocked and devastated all the family. Although she was 80 years old, there was still so much life and love left in her, she was a very youthful soul and inspired me throughout life and my music, and never failed to make me laugh. I’d do ANYTHING to have just 5 more minutes with her, we were so close and she loved it when I used to put her make-up on for her, so I would probably spend our last 5 minutes doing that whilst telling her how much I love her and appreciate everything she has done for me. Also if there was enough time I would maybe squeeze in a few questions I never got round to asking her while she was still alive. Nanna Bow was a legend who will live on in the hearts, minds and memories of her loved ones forever. 5 minutes with my Nan would put a smile on anyone’s face, if not drive them completely mad! R.I.P. Nanna Bow.

Bittersweet –
“Bittersweet is about a man who has dedicated so much of his life to his job, professional status and wealth that his personal life has suffered as a consequence. He believes that the only way that he can get some love and feel some emotion is by paying for it. He becomes infatuated by this girl that he arranges to see on a regular basis, even though he keeps promising himself that each time will be the last. He knows that her time is limited and when they’re done he is left feeling alone and empty inside. He longs to be back in her presence and finds himself falling back into temptation time and time again.”.

‘Edges Of The Mind’…
is my debut EP and is set to be released during early 2017. I really wanted to create a little collection of songs that would help set the tone for me as a new artist. The title of the EP is taken from a song I wrote a few years ago that doesn’t actually feature on the EP but I chose it because it sums up the various themes and concepts explored throughout each of the 5 tracks. When drafting out a new lyric idea, I always try to choose interesting subjects and I find that my songs often end up being about quite controversial topics that aren’t often highlighted in pop music. ‘Edges Of The Mind’ features a lot of this type of writing and I think that’s what makes it so special. It’s very unapologetic, honest and lays all my personal opinions and thoughts out in the open for everyone to hear. It’s quite a detailed and complex EP but makes for easy listening as the music and melodies are groovy, rhythmical and hooky which I think creates a really unique combination.

Bedford UK…
At the moment I’m based in Bedford which is not too far out of London. The music scene is good, I haven’t been to many gigs around here yet as I’m still quite new to the area, but the stuff I’ve heard from new, up and coming artists so far is really cool. I went to see a friend’s band at an awesome gig the other week at a venue called Esquires in Bedford, the line up consisted of some really great indie bands but the one that stood out to me the most were the headliners called The Amazons. In fact, weirdly enough, after being introduced to their music for the first time at that gig, I keep running into their music. I heard them on BBC Radio 1 a couple of times and they seem to be doing really well for themselves with people like Annie Mac supporting their music.