My name is Pflames. AKA: Justin Powell
I’m a musician, songwriter, producer and rapper from Omaha Nebraska. I’ve been involved in music in some way shape or form since I was 5 years old. Either playing guitar in locals bands or producing for artists through the states. I’ve been active.

Song name: Ambition
Music Genre:: Hip Hop/Pop
This song to me is about the pursuit of happiness, the struggle to find one’s place in the world. When i initially started writing this song i was coming from a pretty dark place. My best friend had died unexpectedly, my home and studio had been foreclosed on and i was in the process of getting divorced, and spent alot of time looking inward to figure out what i was gonna do with my life. Like …what even matters anymore. During this period i also discovered i was about to be a first time father, so now im faced with “what kinda legacy am i gonna leave for my for my child” and thats where this song was born.

The song sat dormant for a few years actually cuz i could never seem to complete it. I worked with multiple singers and songwriters hoping to bring it all together and everyone left me flat. Then one night on a whim I met up with Damien Q and we were tossing back ideas, and at last minute i threw the instrumental on a cd of songs i was giving him to write to. An instrumental with no context or narrative, honestly to see if it was something maybe he could use for a solo project. The next day he hit me up saying he had something for this random beat. And our stories meshed perfectly…

Influences…
I find my influences everywhere, but I think the biggest influences have been the late great Prince (it still feels weird to mention him in past tense) and my children. I spent the majority of my life studying Prince’s music…live shoes, bootlegs whatever i could get my hands on and immersing myself in it. Listening for sounds and techniques. I learned alot about composition and structure and grooves. In time I mastered guitar and bass and piano and just kind of ran with it.

My kids influence me to be great! They drive me to not settle and to push myself on a daily basis. U know cuz they are constantly watching and seeing the moves I’m making. I can’t fail or be half assed cuz I am their teacher. Like I can’t preach that u need to try your best or that u can be anything you put your mind and heart into if I don’t personify that in my actions. Not just in music but in life. they push me to be a better human being.

My process varies…
I can be anywhere and catch a vibe or an idea, so i keep tools with me everywhere I go. I do alot of my production in the Native Instruments Maschine Studio. The cool thing about it is that they have an iphone app that you can start an idea in and then export it to the main setup in the studio. so i can be on my lunch break or something and hear a melody and build a sequence up, then take it home and flesh it out. There I will begin adding the live elements, Bass, guitar whatever else it’s missing. I’ll dump all that in protools and start the lyric writing process. Sometimes it all comes at once, sometimes i’ll get lyrics and melody first. It varies.

I live in Omaha Nebraska…
born and raised, tho i used to spend a lot of time between Omaha and Kansas City MO, but thats kinda slowed down now that i have younger children. That being said outside of the studio most of my time is spent winning dad of the year awards. 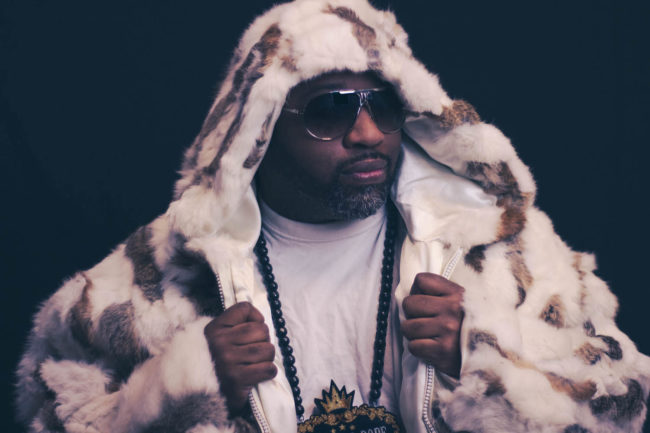 “Your Comfort Zone Will Kill U !!”

My main focus…
as of late has been fan building and marketing. I used to spend all my time and resources on the artistry in the belief that if it’s good enough people will eventually find it, but thats not always the case u know? Like with anything if the audience doesn’t know it’s there, how can they love it? I tell people all the time having a record is alot like having a burger joint, u could have THE BEST burger in town, big, hearty and filling but if nobody knows it exists, they’re just gonna keep going to McDonalds and McDonalds is doing everything possible to make sure u think of them first.

What are 3 things you’ve learned this past year..
That even tho i make music from the heart, in order to reach the most people, which is what we all want our art to do. we have to take a step back and view it as a product once we leave the studio.

That it’s up to me to engage my fan base keep them active and interested and above all, entertained.

That life is precious and often too short, so u gotta make every moment count

What are you most looking forward to this next year? :
Videos!!! Im currently working on a deluxe version of my latest release 1978 which will include alternate tracks and a visual album to complement the music. Im pretty stoked to show the growth and the reach of this record.