We are constantly working on a number of different projects that ultimately contribute to the success of the band as a whole but each month has a general focus that we tend to work towards more eagerly. I suppose all of the things I have learned in this past year can be summed up by acknowledging that hard work and persistence are the foundation of every major success one can have in the music industry.

Person Interviewing: Josh Decker
We are a rock n’ roll band from the heartland of the United States, coming from Lincoln, Nebraska. Stylistically, our music is reminiscent of the rock bands of the 70s – Cheap Trick, Tom Petty & The Heartbreakers, Aerosmith – and we take a lot of inspiration from the hard rock acts that preceded us.

We firmly believe that the key to a new era of rock n’ roll is to build upon the foundation laid by the founders of the genre, taking what groups like Aerosmith and Cheap Trick did a step further.

The band as we know it today came together in 2017, quickly getting signed to Tremulant Records and, later that year, releasing our first album, Casting Shadows. Since then, we have been fortunate enough to have shared the stage with Pop Evil, have our music featured in a number of films in the United Kingdom and Australia, and receive airplay all across the globe.
NEW Song: Shots Fired
Music Genre:: Hard Rock
We wanted to write a song that was political without being overtly one-sided. Thus, Shots Fired was born. It came out of the general angst and feelings of disillusion in the United States in 2016 and 2017 and we wanted to capture those emotions in a song that was a real rocker.
Link to play:: https://open.spotify.com/track/3CTAayCcVfoHGJnWHxzxA3?si=3R7uVxDkSey05xbd2C5n4g
Some of the musicians who have had the greatest impact on me are, first and foremost, Steven Tyler, a man who I take a lot of inspiration from. I learned a great deal about stage presence from Alice Cooper and had the pleasure of chatting with him back in February. Not only is he a stellar showman, he’s one of the nicest men in the music industry.
Robin Zander from Cheap Trick and Don Dokken from Dokken were instrumental in me finding my vocal style, and I’ve learned a great deal from listening to and singing along with the music of Joey Tempest from Europe, Mike Tramp from White Lion, and Marcie Free, lead singer of bands like King Kobra, Unruly Child, and Signal.
Our songwriting process is fairly simple. Alex Carroll, our guitarist, or I bring a riff of chord progression to the others and we devise the structure of the song. We tend to have most of the tune written prior to bringing it to the rest of the band. Once we have a complete outline, we’ll start writing lyrics. Generally, I am the primary lyricist of the band but all members have contributed to many songs.
I live in Lincoln, Nebraska, as do all members of the Rewind, and I spend most of my free time listening to music and going to concerts.

“If you don’t believe in yourself, no one else will.”

Jim Dandy from Black Oak Arkansas told me this when we had the pleasure of opening for him in 2013, when Alex and I were still calling the band that is now The Rewind, Closed For Repairs.
This past month has been dedicated to music videos. We released our first video for our song “Mystery Girl” on June 15th and are going to be releasing the video for “Make Amends” either in late June or early July. We have finished filming “Puttin’ Up A Fight” and will be meeting with Mike Semrad, the man who directed and produced “Mystery Girl” to discuss ideas for our fourth video, which will more likely than not be for “Shots Fired.”

We are constantly working on a number of different projects that ultimately contribute to the success of the band as a whole but each month has a general focus that we tend to work towards more eagerly. It just so happens that we are in need of music videos and want to focus most of our efforts on making several of them this summer. 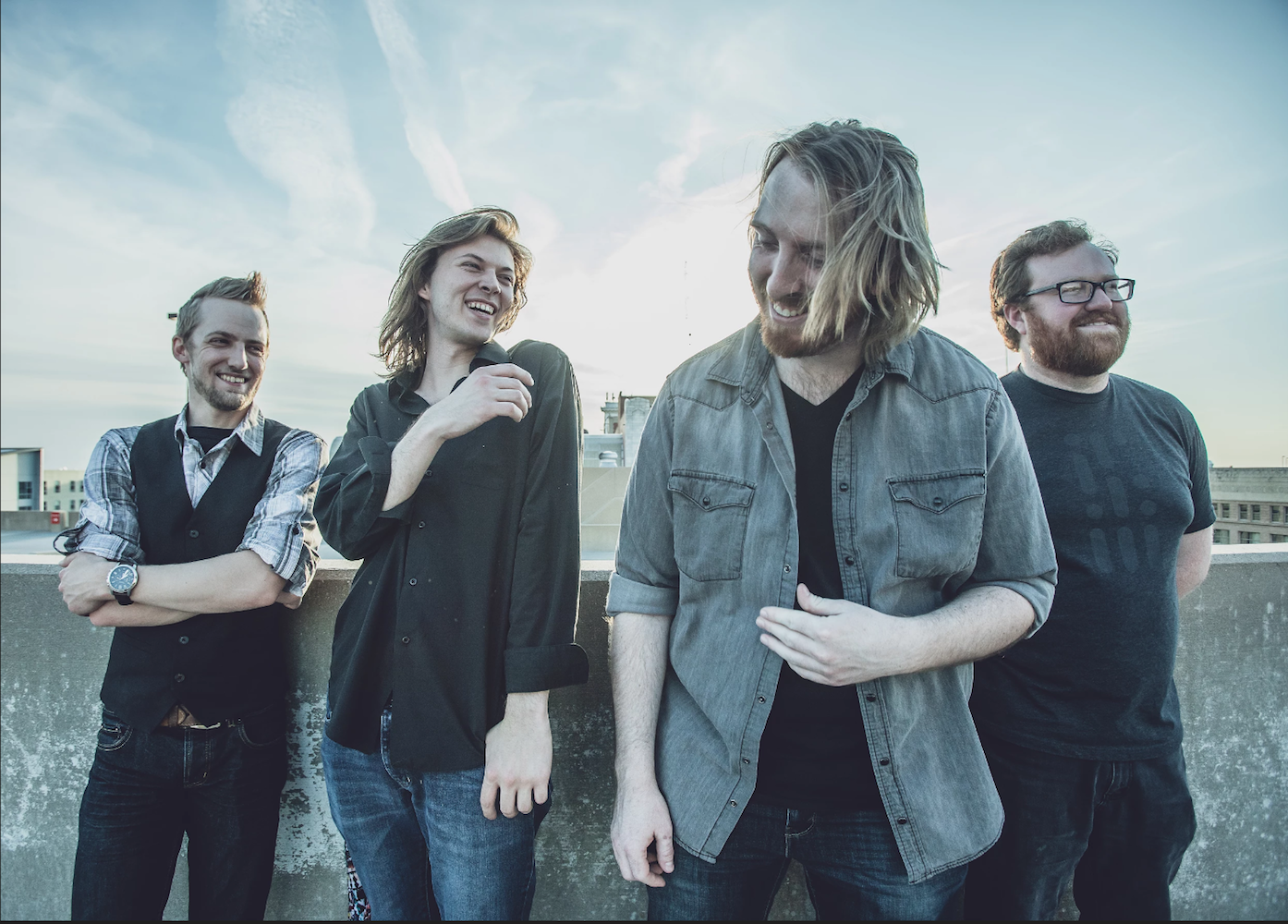 I suppose all of the things I have learned in this past year can be summed up by acknowledging that hard work and persistence are the foundation of every major success one can have in the music industry. While this seems like very basic advice, we realized quickly that if we were to truly achieve the goals we wanted to achieve, we would have to invest the time and resources necessary to, say, form an LLC around the band, get registered with ASCAP, network with film producers and music supervisors, and make music and videos that are representative of us and our style as best as we can.

The thing I am most looking forward to is branching out. We will be playing shows in new cities and extending our reach a bit in the next several months and I am excited to see where this takes us!