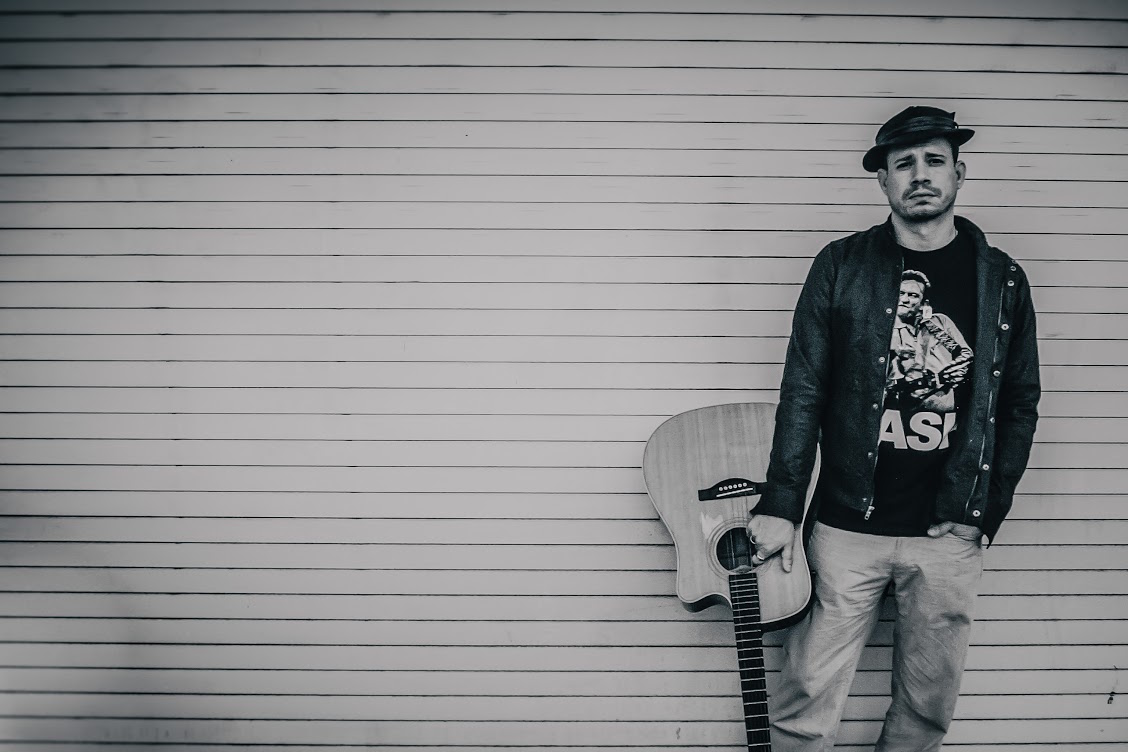 Coming out of the years of being homeless, alive and still devoted to music. I easily could have given up and thought about many times. I remember some nights it being so cold I would just pray to not wake up. I did though and I’m still standing here making music. If I could describe my dream of success to you it would be this. Continue writing, playing and singing music forever. – @damiansagemusic

GETTING TO KNOW DAMIAN SAGE
by Jacqueline Jax host of A.V.A Live Radio

Music business…
I feel it’s in need of a major overhaul. I don’t know if I see it as pros or cons I have personally experienced so much as seeing what music has become. Of course there are exceptions and there are definitely some great artists out there. I don’t even turn on the radio anymore though, because the majority of what I hear out there just doesn’t resonate with me. A lot of people are talking, but not many are saying anything. To over come the hurdles and pitfalls, I just do what I do. I have never given up and I never will.

Social media…
I post on most of the sites. I think it’s a good way to reach people who you may never have been able to otherwise. In anything there are challenges. Reach is the biggest one for me. I always strive to expand my reach.

Singles vs an album…
I think singles are good between albums. Albums aren’t cheap to do. Singles are a good alternative. Talk about the differences in your marketing strategy to support your preference. My preference would be an album, but again back to finances. I don’t have any marketing advice.

I would love to have 5 minutes alone with…
This may sound odd, but nobody. I have a lot of influences and people I admire greatly. I don’t feel the desire to meet them though. What I admire about them is they did their own thing. That’s what I try to do.

Being current and trendy..
I don’t pay attention to any of that. I write what I feel and what’s from my heart. In my opinion if you’re in music to be trendy and get rich, you’re in it for all the wrong reasons.

I am most afraid of… Not achieving all that I want to.

My personal definition of success is…
Helping others. If you can help someone else that’s success to me. You don’t have to be rich to help someone. It could be through a song, a kind gesture, anything.

Name one success story that you are particularly proud of…
Coming out of the years of being homeless, alive and still devoted to music. I easily could have given up and thought about many times. I remember some nights it being so cold I would just pray to not wake up. I did though and I’m still standing here making music.

My over all goal for my life & career is…
If I could describe my dream of success to you it would be this. Continue writing, playing and singing music forever. To reach as many people as possible, especially those who may relate to the songs and let them know they are not alone. Ultimate goal: To open a music charity to provide instruments and lessons to kids worldwide.

1) I am so critical of myself. I tear every detail of my music apart from the songs themselves to the live performances and all in between. I always strive to be better.

2) I am always out and meeting new people, especially at music venues. I think being out in the midst of the music scene is important. You get to see what’s out there and possibly get inspired. Help fellow artists and support their shows. I know for me I always go support my friend’s shows. Plus you meet some great people along the way. I found my own band just by checking out shows and seeing which band members I thought I’d click with. I’ve met people in the industry this way too.

3) This one is personal to me, but it’s very true. I battle depression. Sometimes really bad where I don’t even want to get out of bed. It’s a challenge, a challenge that can be won though. I will never give up.

I remember even…
when I was very little I’d make up my own lyrics to existing songs and write stories. Around the age of 10-11 I started getting very into music. I was a troubled kid and certain artists lyrics let me know I wasn’t alone. I bought my first guitar off a neighbors stoop in New York. It only had two strings, but I taught myself a simple blues riff and some other things. I took two month of guitar lessons at age 12 and quit because my teacher wanted me to learn coverss. I kept saying I want you to teach me chords so I can write my own songs. We didn;t see eye to eye on that so I left and just taught myself the best I could. By the time I was 13 music was all I cared about. I stopped going to classes at school. Some kids cut class, I cut every class. I’d get detention and say to them I’m not going to detention. That led to suspensions. The tension got so great that eventually my Dad kicked me out of my house and I was expelled from school shortly after. I didn’t care. Music was and still is my passion. I was never a happy go lucky kid. I’ve battled depression my whole life. I was homeless on the streets on New York for years as a teen. Music is the driving force that got me through that. I started performing live when I was around 14 doing either solo acoustic shows or singing in bands. As I mentioned music saved my life and let me know I wasn’t alone. I want to do that for others, let them know they are not alone.

Caught Between The Rhymes…
As a writer sometimes you get stuck. You can’t find the words, or the parts just aren’t sounding the way you want. I think this is true for anything though. No matter what you’re doing in life, sometimes we all get stuck. Even if it’s a relationship sometimes you just cannot find the words to express how you really feel. For me I wrote it about writing, but other people have told me what it means to them and it’s been varied. I think that’s one of the great things about music. There doesn’t have to be just one meaning. I’d rather the listening take what they can from it. We are all different.

Ironically this song did not come together fast. I had part of the chorus and a few other lyrics. Nothing was coming to me that I liked for quite awhile. Eventually it came together, but it was over quite a long period of time.

Support the artist and buy the music: https://itunes.apple.com/us/album/my-unsolicited-two-cents/id997524520

At the very least you can expect it to be real…
I write about a wide range of topics. From love to addiction to life on the street and many more. It’s all from my heart. I also write in many different genres. I never wanted to be an artist that had one sound. My music can range from blues to rock to alternative and some others. it depends on my mood and how the song comes through me.

I now live in Los Angeles, California…
I like the scene for the most part. It’s always been my dream to move here so if anything I’m made the 13 year old version of myself proud. I feel very grateful to not even be in LA for a year and already have had some great opportunities and met some amazing people. I think the scene has room to grow.
Places to go? There’s so many. Depends on what you like. Singer / Songwriter type shows I’d say check out Hotel Cafe or Molly Malone’s.

I just love to play and sing in general. I do it all the time at home when I don’t have shows. Aside from music I train Brazilian Jiu Jitsu. I love it, It’s like chess. You really have to think.

“I sing for the lost souls, the hopeless, the castaways, the misunderstood, the sad, the angry. Be- cause I am them and they are me. That’s why I sing.” – Damian Sage

Damian Sage is a singer and songwriter based in Los Angeles, CA. A native of New York City, Damian’s music is deeply steeped in the wisdom and experience of someone who has seen it all.

At the age of 12, Damian bought his first guitar at a garage sale for $5.
The guitar had only two strings, but it was enough for Sage to learn a basic blues riff, and begin a musical journey inspired by the blues. It wasn’t long before Sage experienced blues in his own life, with homelessness and expulsion from high school leading him into a troubled transition into adulthood.

It was in music that Damian found solace, playing shows around the city wherever and whenever he could. This perseverant desire to play and to share his music and his world with others recently led the artist to follow his dreams to LA, where some of his favorite bands (Guns N’ Roses and The Doors, to name a few) had their start.

Damian’s music can range from blues, to rock, to alternative, but it is always deeply and irrevocably rooted in heart. Damian’s heart for others who have struggled like him has inspired him to give his all to the communities around him, organizing charity events of his own accord to help touch people with his music, raise awareness, and ultimately to let the world know they are not alone.

A true diamond in the rough as an artist and an individual, Damian can always promise to deliver one thing this city and the world sorely craves:

“I’m real, if nothing else.”
Bio Written By: Drea Dorman