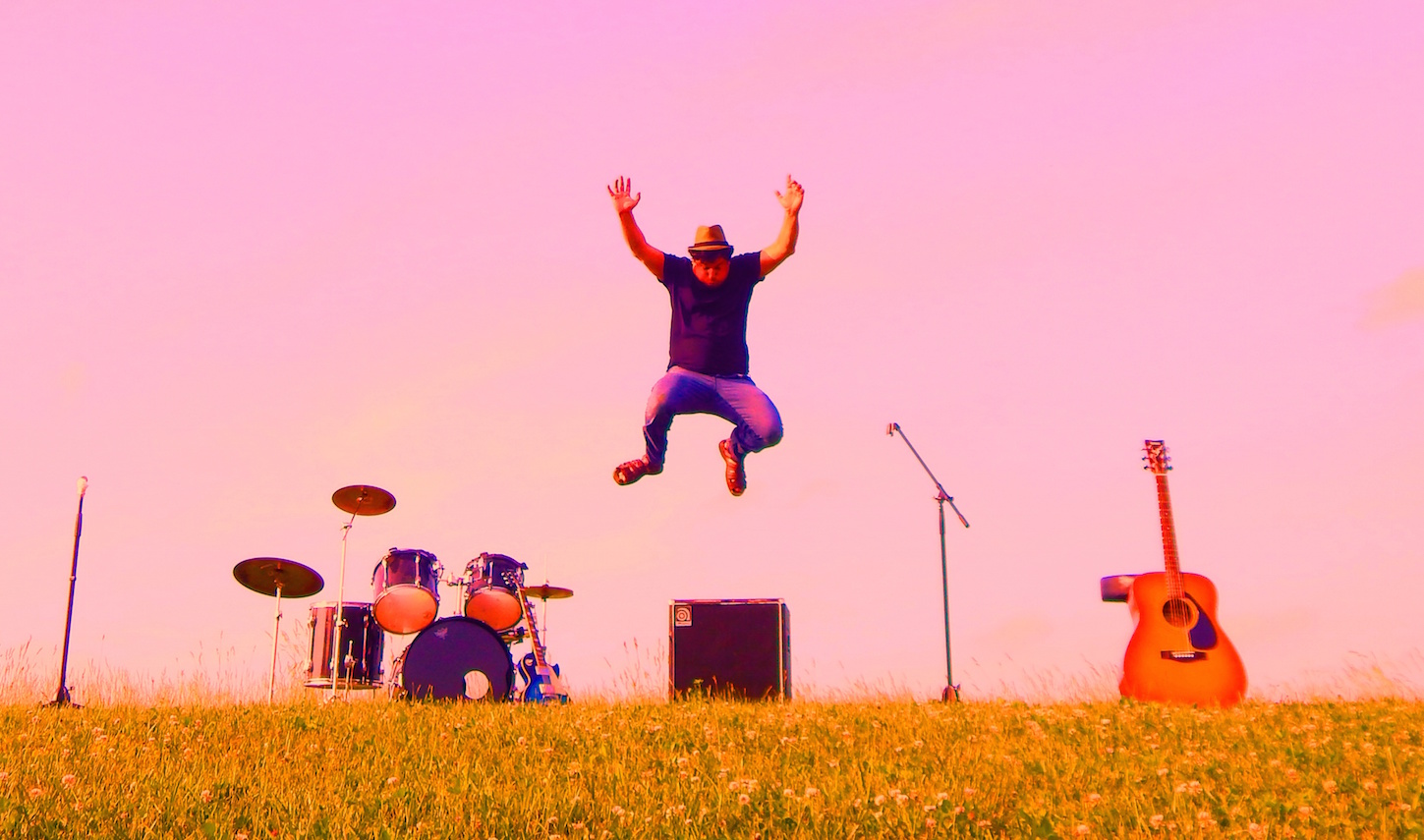 “The negative about the industry, in it’s newest form, is that money & Corporate interests make it hard for indies to break through into the mainstream big markets. ” – EDDIE BOXXER

Listen to the Interview
Episode #302 : A.V.A Live Radio Behind The Music with Jacqueline Jax : http://www.blogtalkradio.com/avaliveradio/2016/03/02/episode-302-ava-live-radio-behind-the-music-with-jacqueline-jax

GETTING TO KNOW EDDIE BOXXER
by Jacqueline Jax host of A.V.A Live Radio

The music industry has really changed ….
I think mostly for the better. The negative about the industry, in it’s newest form, is that money & Corporate interests make it hard for indies to break through into the mainstream big markets. The positive is that technology has enabled more people to hear more artists. Creative platforms, like yours, have sprouted up and enabled artists like myself (who admittedly don’t have their marketing act together) get some exposure. I’ve submitted songs through internet portals and some are even being pitched for network shows. Many songs you hear in important places were recorded in basements from artists who don’t have an “industry” appearance. This probably wasn’t possible years ago. I’m looking at the glass half full here.

Social media is awesome…
there’s so much you can do with it. It helps level the playing field. Recently, however, I’ve come to the realization that in order to maximize this tool you either have to really enjoy spending time with it, or hire someone who does. It’s an art form, separate from being a musician. I don’t have the desire, or organizational skills, to master it. I’d rather immerse myself in creating music, which I love. I’ll hire someone.

Singles vs Albums…
Haven’t given it much thought. Back in the day, it was always better to release an album. In this day of instant gratification, I suppose that releasing singles is the way to go. I don’t worry too much about that. The industry is so different that some major acts are giving away their music
10) John Lennon – I admire him on so many levels, but the main reason is not that deep ……. His song writing. Music is subjective, and for me the music he created is unrivaled. There are other people who inspire me, both musicians and non musicians. A short list includes Jimi Hendrix, George Carlin, MLK, Barack Obama, Kurt Cobain, Neil Degrasse Tyson, and yes ……….. Ozzy Osbourne

I’ve been involved with music…
as long as I can remember. We had a baby grand piano in our home growing up and my parents have pictures of me as an infant sitting on my dad’s lap playing. My dad was an accomplished piano player and the 1st recollection I have of playing is around 4 or 5 years old. I played clarinet in elementary school and in 7th grade drums became my main instrument. By high school and college I was playing guitar and bass as well. I was a terrible candidate for music lessons – I had ADHD and had trouble concentrating. Luckily, playing by ear came easy to me. I’m not a virtuoso on any instrument (nobody is paying money to watch me perform on a specific instrument – lol) ……. my strengths are creativity/songwriting, a metronome sense of timing, and hopefully a well rounded appreciation of everything that goes into a song.

Fire…
The song is basically an anti bullying track. In the verses the subject speaks of the perpetrators, the chorus has a positive message of non conformity and acceptance of self, and the ending turns the tide on the bullies.

I usually bring an idea to my producer, and we do some give & take. I brought him the piano track that is played throughout the song (the melody & bass blend on the piano) and chorus vocals. The theme of the song was more of a self reflection …….. “I Can’t Change The World, But I Can Change My Mind”, another words, how I think of the world. Well ……….. after a few days of deliberating, he calls me up and says let’s keep it almost the same, but completely reverse the meaning – as you heard on the track “I WON’T Change Myself, I’ll Just CHANGE The World. I agreed, it’s more inspirational and less passive. We decided to bring in some kids (2 of them mine), I’ve included a photo, to give the ending a bright positive feel – it’s amazing what recording the same line 10 takes can create. It sounds like a stadium full of kids. It look a little longer than anticipated due to a case of the giggles in the sound room.

I’m still working on the last track of my album…
It’s special to me as it’s the first meaningful music project I’ve done solo. It’s scary and liberating at the same time. I’ve always considered myself a songwriter and capable musician, but singing was never my strong suit. I don’t like my voice. On more than one occasion, I’ve suggested to my producer that we bring in someone with a natural classic voice to sing on some of the tracks. He’s talked me out of it, stating these are your songs – make them yours. I’ve learned how important choruses are, how layering individual “so so” sounding tracks and expertly blending and panning the melodies and harmonies can yield a result much greater than the sum of the individual tracks. Next to the song itself, the production has the most influence on the outcome.
To be honest, I’m not sure what to expect once I finish the album. I’m definitely going to hire a marketing person – I’m a musician, not a marketer. Also, I tend not to be the most organized person. There’s a big learning curve ……. I consider this 1st solo album an educational experience – if something great comes from it, even better. If not, my next effort will be that much better.

I live in the D.C. area…
My take is that on a macro scale it is about average, in line with other large cities. Nobody is leaving other big cities and coming here to make it big. That being said, there are many local bands, both original and cover, that have emerged locally. There are musical mini scenes and shows from different genres of music that would satisfy anyone’s live music preferences. I love watching live music, whether it be an acoustic set at a suburban coffee house or a national act at one of the larger venues. I love all genres of music, but lean towards hard rock and metal shows. Most of the bands I’ve been in have been on the heavy side.

Outside of music I enjoy playing basketball, football, & weightlifting. My other true love is comedy. I think I’m pretty funny, but if put on the spot I would choke. That’s why I have so much respect for stand up comedians. At least as musicians, we can hide behind a song or an instrument – the stand up comedian lives and dies on the audiences first reaction to their personality. It’s like being naked on stage.

Music Trends…
I’ve never actually sat down and thought about it, but monetary value and current market actually do influence me ……. but only slightly. When I write a song I typically focus on a beat, hook, and melody/chorus. I never think about money or current market standards when doing this. However, when the song goes into production, I do keep in mind the potential marketability of the track. One of my foremost objectives is to be a professional musician (full time) and right now I am not. In order to accomplish this I need to have a balance between creativity and the reality of market expectations.

I’d like to say something like I’m most afraid of…
not reaching my potential – but I’m scared of things that go boo in the night. That’s just who I am.

My personal definition of success is happiness….
It took me a while to realize this. Different things make one happy at different points in their life. For me, I try to enjoy each day, and the things in it that make me happy ……… hopefully to the benefit of others as well, and certainly not to the detriment of another

My biggest accomplishment…
by far (and it’s still ongoing), is being an involved parent to 3 basically happy kids. Don’t ask me how.

I wish…
I was more specifically goal oriented, but I’m not. Loosely, I’d like to be a full timer in music. I’d love to be performing my songs in front of thousands of people. I hope that happens, but I honestly enjoy the creative process. If it takes me to the next level, then icing on the cake !!!!!