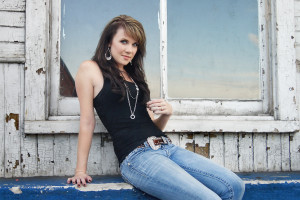 “The idea is to let the artist be who they are, naturally, and let their preferences and tastes dictate what the brand will be, not let market trends, customer analysis or some marketing guru mold them – or their music – into a brand that will sell the most product. If I like a certain outfit or a particular song that is a little out of the mainstream, I go for it, and I’m confident my core fans will like it too, because they’re a whole lot like me.” -@jessieleecates

Listen to the show: http://www.blogtalkradio.com/avaliveradio/2015/09/03/episode-254-ava-live-radio-behind-the-music-with-jacqueline-jax

Jessie Lee Cates…
There was something different about that girl on the assembly line. Sure, she worked the night shift churning out power steering pumps like everyone else, but there was more to Jessie Lee Cates – much more. She could sing. Really sing. Mike Hammond, of Knoxville’s Q100, had discovered that a few years back and brought her to Nashville. She had been on the verge of signing a record deal when her prospective label folded, leaving Jessie Lee no choice but to return home to Hamblen County, Tennessee, and work at the local factory.

That’s where the story might have ended – except that Jessie Lee Cates is a fighter. Always has been. She kept writing, kept singing, kept her eye on Nashville. In 2012, JLC returned to Music City, bringing her modern-classic-country-with-a-twist style to songwriter showcases and Loretta Lynn’s Ranch. In November 2013, she released her debut album, Let Your Country Out, on her own Wayward Rose record label. Her first single, “Scotland” – the only modern Country song to feature the bagpipes – exploded on the International Country music scene, with spins on over 2,500 stations in 32 countries. Her second release, “Let Your Country Out,” became a Top-5 hit in Europe. In February 2015, her single, “Behind Your Back,” became the #1 International Country song (Ramgatie Top 200). With five major radio interviews, two featured songs on the Country Legends in the Making radio program, and millions of viewers watching her “Scotland” video on the acclaimed Phil Mack International Country TV Show, Jessie Lee has become one of Country’s most dynamic new artists.

“Jessie, without a doubt, is one of the best voices and entertainers to come out of Nashville for a long time. Check out the album ‘Let Your Country Out’”
– Lee Williams,
CMA Broadcaster of the Year 2013

Biggest fear…
Letting people down who are counting on me.

Success is…
making God happy, my family happy, and my fans happy. If I can do what I love for a living, and make music that I’m proud of, that’s all I need.

3 ways of challenging myself…
1) Keep positive and trust in God – no matter what happens. If I can keep steady when the world around me is crumbling, I’ll be at peace and I’ll be happy.
2) Pay attention to the details. Take the extra time to work out the song phrasing, the perfect pitch, the warmth and tone of each line, and the little vocal extras that are JLC trademarks. That keeps my fans happy.
3) Treat everyone in my life with respect and Christian charity. Doesn’t matter if it’s the label CEO or the roadie lugging my amps; if I’m nice to them, I make that person, and me, and God – happy.

Starting in music…
I was really into theater in high school, and whenever I got the chance to sing in a production, I just LOVED it! When I was in my late teens, I made the decision to devote myself to singing and make it my profession. I started writing songs, too. They were definitely not hit singles – but they weren’t that bad, either! 🙂 I formed a little band, and we played at local VFW’s, the Moose Lodge and little strawberry festivals, and people really liked my music. Then I won a karaoke contest and got invited to sing at the Foothills Fall Festival in Tennessee, which is a major show with top Country stars. When I got there, they told me I’d be opening for Jason Aldean – and my heart about stopped! *laughs* I pulled it together and belted out Sugarland’s “Down in Mississippi.” We rocked the place! A little after that, I was singing in a pub in Knoxville and a local radio personality happened to be in the audience. He loved what I was doing and took me to Nashville to meet a bunch of record labels and Music Row folks. That really kicked it into high gear for me, music-wise.

Let Your Country Out…
was a song I just had to write. I was so sick and tired of these artists who would be singing about being a Country boy on stage, then act like some guy from the Hood offstage; it just wasn’t authentic. I was at a concert of a very famous Country artist – who will remain unnamed – who was singing about backwoods,  fishing and pickup trucks; after the show, I was hanging around and watched him pull away in his jacked up Escalade, and I was thinking, “You have GOT to be kidding!” It wasn’t long after that that I started writing “Let Your Country Out” with a couple of co-writers. We came up with this great idea of giving the verses a real thumping, urban groove, then switching to a down-home country chorus to emphasize the two-sidedness of these artists. The little rap parts in the verses just added to the whole effect – I just LOVE it!!

What to expect with new music…
The next single coming out of my album will be “Chick Night,” which is just a fun, rowdy song about girls being girls when the boys are out being boys. I think any woman – especially those of us who are working hard to serve other people all week long and need some way to blow off steam and have fun – can relate to the lyrics. Like all my other music, I want it to be a part of people’s lives, the song they sing in the car driving to work, or dance to with their boyfriend at the bar, or play when they’re barbecuing ribs at a family picnic, or pick on a guitar sitting on their front porch. I want to create real songs for real people living their real lives.

The music business…
When I first came to Nashville, I was thinking, “Major label, major radio single, major tour” all the way, but the reality of the situation sank in pretty quick. I met with some of the major labels and I realized they had a different idea of what I should be singing and what kind of artist I should be. I’m very particular about my music, my appearance and my shows, and what I thought was best and most natural for me was not necessarily what they had in mind for a new artist. I respect their opinion – after all, it’s their label and their money – but I felt that for me, an indie approach was the way to go. This business has definitely NOT been easy: finding band members and replacing band members – and replacing band members again; searching and searching for sponsors and investors who will finance your record; making hundreds of phone calls to booking agents who won’t return your calls (booking is my least favorite chore – UGH!) But I’ve learned a ton about this industry by doing all these things on my own, and that’s a good thing!

Social media…
I just love the direct interaction with fans – especially international fans. It still amazes me that some guy working in a factory in Russia will hear my music and send me a message on Facebook or ReverbNation telling me how much he loves my music – and I can tell him “Thanks” right back! Social media is a universal response to the universal language.

The importance of music marketing…
My manager talks about “natural branding” and I totally agree with that approach. The idea is to let the artist be who they are, naturally, and let their preferences and tastes dictate what the brand will be, not let market trends, customer analysis or some marketing guru mold them – or their music – into a brand that will sell the most product. If I like a certain outfit or a particular song that is a little out of the mainstream, I go for it, and I’m confident my core fans will like it too, because they’re a whole lot like me. It’s that approach that allowed me to record a song like “Scotland,” my first international single. A rock-edged, Country song that features bagpipes (with a lyric that paints a picture of kilts and castles and sheep!) would not fit any conventional Country “brand,” but I felt strongly that my fans would be intrigued by it ’cause I was! And you know what – I was right! That song has gotten spins on over 2,500 stations in 32 countries, 17,000 playlist adds, was a Top-5 hit on European Country radio, a Top-10 music video on the OnlyLyrics.com chart, a featured song on the Country Legends in the Making radio program (2,000,000+ listeners worldwide) and a featured video on Phil Mack’s International Country TV Show, which is broadcast to Ireland, the UK, the US and around the globe. None of that would have been happened if I had been boxed up in some pre-conceived Country brand.

Music trends…
I’m not worried about trends – I just want to make amazing music that’ll become part of people’s lives for years to come. If the songs are good and meaningful and true, they will find an audience. It might take some time and some tears, but the songs will find the ears that need to hear them.

Creating the music…
I recorded my album at a top-notch studio in Nashville: Beaird Music Group. Larry Beaird is a legendary acoustic guitarist who’s played on a ton of great albums from Faith Hill to Rascal Flatts to Randy Travis, and his players are just incredible. When I heard them laying down the tracks for “Wayward Rose,” the ballad I wrote for my dad, whom I lost to cancer, I almost had to leave the room in tears, it was so beautiful and moving. I was very hands-on in the studio, working closely with my producer and co-writer, Vincent Bonvissuto, to get the exact sound I was looking for, and in the end, the album turned out better than I could have imagined. My favorite video, the “Scotland Official Music Video,” is a compilation of live footage of me at one of my favorite venues, “The Fillin’ Station,” along with aerial views of Scotland. Jason Cannata of Next Century Promotion it together, and I’m really happy with how it turned out.