THERE WAS NO OSCAR SELFIE THIS YEAR
By Benjamin Kuwas : Film Production University Graduate. 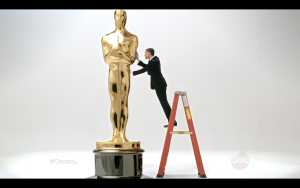 Neil Patrick Harris was meant to equal an entertaining and fun awards show. Topping Ellen’s hosting duties from last year was always going to be difficult, but I was hoping Harris would deliver. In all fairness he was alright, the opening number was really good. But then he just flatlined for the rest of the show and some jokes didn’t register with the audience.

Now, onto more important matters. Generally I’m happy with the people who won, there were some surprises but generally it was quite predictable. There were some nominees I would have loved to see win, but the winners deserved their victory.

No surprises here but Patricia Arquette won Best Supporting Actress for her role in Boyhood(the singular win for the film) and used the platform to make a statement, calling for true equality. Arquette won the BAFTA and Golden Globe this year so it was no shock to see her win the Oscar. Personally, I would have loved to see either Emma Stone (Birdman) or Keira Knightley (The Imitation Game) win, but Arquette deserved to win so I won’t dispute her victory. 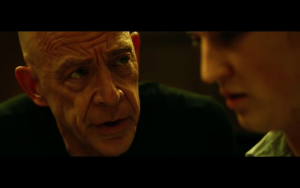 And the ACTOR went to….sorry, the OSCAR went to….J.K. Simmons for Best Supporting Actor. Simmons won the BAFTA and Golden Globe so it was no surprise he won the Oscar, and a well deserved win it was. He played the terrifying music teacher in the Oscar nominated Whiplash and gave a career best. 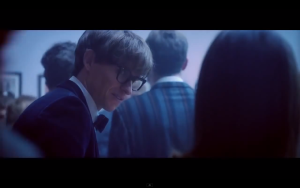 Eddie Redmayne was always going to be the one to beat for Best Actor in a Leading Role, for his transformative turn in The Theory of Everything. When you watch the film, you forget that Redmayne is playing the role and that’s a sign of a great actor. It would have been great to see Benedict Cumberbatch (The Imitation Game) win, but I can’t say Redmayne didn’t deserved the award. It’s great seeing him come from roles like Colin Clark in My Week With Marilyn and to then win an Oscar, this is a great time for him in his career.

Julianne Moore won Best Actress in a Leading Role for her role in Still Alice, this was her fifth nomination and her first win. Moore is a great actress and was long overdue the award, which is one of the reasons I believe she won. Though I haven’t seen the film, I don’t doubt that she deserved to win but it would have been nice for someone else to win. Rosamund Pike (Gone Girl) was a contender, also Felicity Jones (The Theory of Everything) would have been a worthy winner. That being said, I am happy for Moore that she has finally won an Oscar. Maybe another year Pike and Jones! 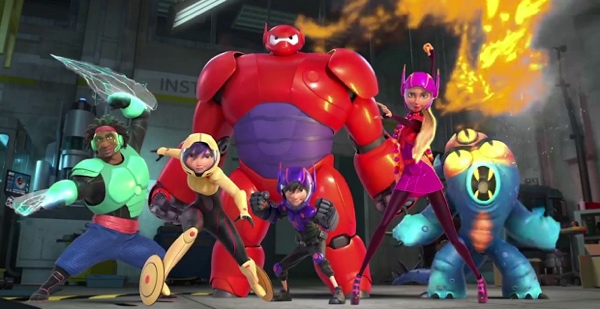 In the Best Animation category, Disney struck gold again winning for the second consecutive year with Big Hero 6. Despite that fact I hoped How To Train Your Dragon 2, I’m happy Disney found success with Big Hero 6 as it is a brilliant film. The film has a great mixture of comedy, action and heart and it has a great international appeal. It lost out to How To Train Your Dragon 2 at the Golden Globes but found victory at the Oscars, and rightly so.

The surprise of the night went to Birdman which won Best Picture. It was always a strong contender, but I thought that Boyhood was most likely to take away the trophy for the category. Birdman won a total of four Oscars (Best Picture, Best Achievement in Directing, Best Writing Original Screenplay and Best Cinematography) whereas Boyhood won one out of six nominations. I’m not totally against Birdman’s win, as it was a fairly exciting film and delivered a career best from Michael Keaton, but Boyhood was a one of a kind film and broke the conventions of conventional filmmaking. I would have thought Richard Linklater would have won for Best Achievement in Direction for his original concept for a film, but at least he was nominated and won the Golden Globe.

Overall, it did feel a bit too political. It’s great that they used such a great platform to raise some important issues, and I have no objections against people wanting to make a change. But for the Oscars, you do want to just relax and enjoy the show, not to have issues shoved down your throat. Also, I haven’t seen Selma (I assume it’s a great film that was sadly snubbed) but let’s be honest, it wouldn’t have won as the winners were worthy and probably wouldn’t have been defeated by Selma. But it is an issue that the Academy needs to address next year to be more diverse in its nominations.

That’s it for another year, really excited for what 2015 has in store for film and hopefully the Oscars will be more exciting next year.