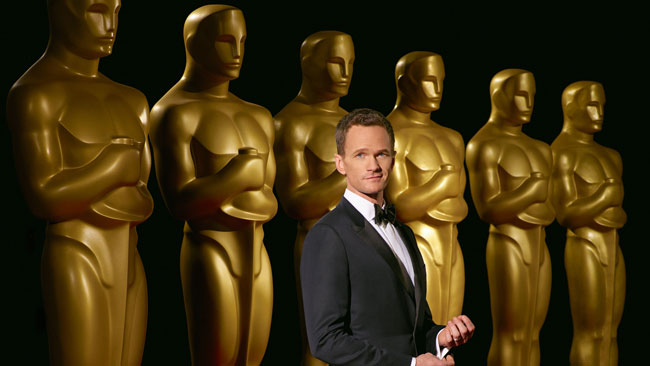 When Political Rights Meet the Oscars
By Noémie Vallières
Sunday evening was a pretty hectic night due to the 87th edition of the Oscars. This year’s Academy Award Ceremony was surrounded by controversial issues concerning gender equality, race diversity and artificial journalism.
Firstly, as first-time Oscar host Neil Patrick Harris joked during his opening sketch: “Tonight we honor Hollywood’s best 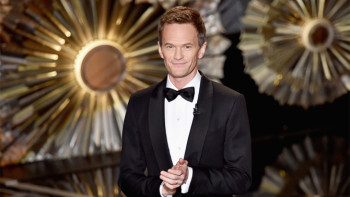 and whitest — I mean brightest,” in reference to the controversy criticizing the Academy for failing to recognize artists of color. This lack of diversity among nominees at this year’s Academy Awards ceremony irrefutably dominated social media since thousands decided to boycott the event and 95,000 tweets per hour were attributed to the #OscarsSoWhite during the ceremony.
Nevertheless, what these boycotters missed of this event is not some emotional accepting speeches, but mostly successful women empowering the red carpet. A-list celebrities have been ironically reacting to the superficiality of the awards while parading their stylish and dazzling outfit in the most glamorous way possible. A new movement empowering the lady in the dress recently gained credibility and acknowledgment on twitter thanks to Jennifer Siebel Newsom’s Representation Project and Amy Poechler’s female empowerment organization Smart Girls. This social trend called #AskHerMore solicits better interview questions via twitter that will take actresses as seriously as their male counterparts.

Since its launch in February 2014, some of Hollywood’s top actresses are joining the movement. During the Screen

Actors Guild Awards this year, influential women like Jennifer Aniston, Reese Witherspoon, and Julianne Moore refused to participate in E!’s mani-cam, which provides the viewers up-close details of celebrities’ jewelry and manicure. Shall we not forget Mad Men actress Elizabeth Moss who flaunted her middle finger to the mani-cam at the 2014 Grammys. Moreover, radio personality Ryan Seacrest witnessed a few females’ rant concerning the artificiality of journalism at this year’s Oscars: Nicole Kidman refused to tell him who she was wearing during an interview and Supporting Actress winner Patricia Arquette, told him she didn’t have time to get a manicure for the “silly mani-cam business” because she spent the morning working on her community-led eco-sanitation charity, Give Love.

Even though I am a feminist myself, I believe this social movement is utterly ridiculous and completely ironic. Celebrities have profited from red carpets and awards shows for a very long time. Actually, the real aim of red carpets is to display celebrities smiling foolishly in their opulently splendid outfits. Frankly, if you are going to parade in a breathtaking gown, I would rather know who’s responsible for it and which brand put hundreds of hours in it just to make you look elegant. The worst part of this is that the agreement between these celebrities and the designers is they can get any luxurious gowns and accessories for free, as long as they mention the name of the designer on the red carpet. This is what we call marketing. Even though fashion designers do not get any financial reward for the custom garments they create, the exclusive and prestigious platform that is the Oscar gives them incredible visibility that can strongly improve their sales. Therefore, what will happen to the reputation and capital of those designers who spent timeless hours and excruciating effort on one gown for free if celebrities stop saying their name on highly visible platforms?

On a more political note, CSI actress Patricia Arquette, was definitely in a fierce and advocating state of mind on Sunday’s evening since she made a political manifesto during her acceptance speech for best female actress in a supporting role at this year’s ceremony. She said, “To every woman who gave birth to every taxpayer and citizen of this nation, we have fought for everybody else’s equal rights. It’s our time to have wage equality once and for all, and equal rights for women in the United States of America.” Gender equality is a very taboo subject that seems to be never-ending and totally archaic in our modern, advanced technology literate and highly educated society. Therefore, even though the entire Oscar family as well as the Internet community are praising and applauding Ms. Arquette, her candid, yet straightforward comment will not make any

drastic change all by itself. It is oddly hypocritical that Jennifer Lopez and Meryl Streep were her biggest supporters in this rant against society’s salaries inequality when these two celebrities’ salaries range in the millions.
This year’s various awards ceremonies are filled with controversial issues, political declarations and social manifesto. Does this mean that highly visible platforms such as award ceremonies, which were previously used as pure entertainment, will now be an open door to social movement and community rebellions?

LINKS to LoVe:
– The Best and Worst Dressed at the 2015 Oscars – http://www.americanpridemagazine.com/fashion/the-best-and-worst-dressed-at-the-2015-oscars/
– The Best Moments from 2015 Oscars – http://www.americanpridemagazine.com/latest/best-moments-from-2015-oscars/
– Most influential Red Carpet Oscar Fashion – http://jaxcouture.com/most-influential-fashion-from-the-2015-oscars-red-carpet/