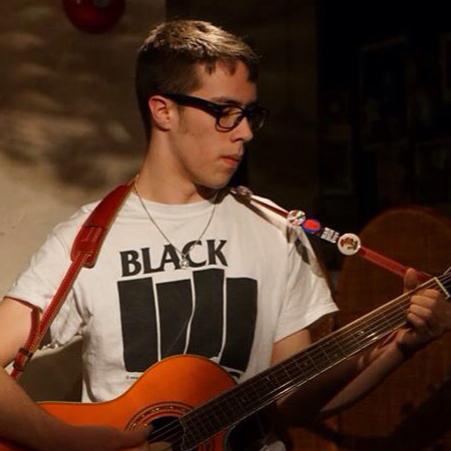 Why TV Shows Are Murdering Hollywood
By Ethan Robinson

Welcome to the 21st century everyone; the age of the internet and all things media. We all probably know by now that, whether we like it or not, everyone throughout the world is connected by the internet. We all share in this cornucopia of…. mostly cat videos. It builds a link, makes us feel comfortable and relatable to others around us. It fills the blank awkwardness when we grow bored of spouting to others melodramatic approximations of our lives, or grow tired of showing suppressed sympathy. But hey… maybe it’s just easier this way.

Anyway, there is a rising player in popular media: TV shows.Popular TV is hardly new, I know. But with the emergence of the net and the wide influx of ideas for TV storytelling, shows belonging to cable and non-cable alike have begun to unite us all in pop culture. Make way for TV and the murder of Hollywood!

1. Everyone has a TV show that they watch, I guarantee it. And that’s because there is practically something for everyone. Even President Obama admits to having a “darker taste” in story compared to the rest of his family. But why is there such variety, such a bright plethora of stories each unique to its own? In my mind, it has something to do with the nature of Hollywood. Most TV shows stand apart from that, channels and programs themselves giving writers much more free reign over the production, in instances such as Breaking Bad and True Detective. Sure, TV wants to make money, but more and more it has proven to be less franchise based and more willing to explore something new. Transparent to Unbreakable Kimmy Schmidt are both bold in topic and creative in a world of continuity and watered down blockbusters. Preening the latest hit then tossing it aside is Hollywood’s game now.

2. Though perhaps the greatest strength that these shows possess is the ability to convey a long-form storyline. If it is done right, no longer can an intriguing, thought-provoking plot be confined to an hour-and-half to two-hour timeline. 10 hours on average a season allows so much more exploration of the world and development of the characters themselves, providing a much more entertaining and fulfilling experience for both cast and viewer. The Walking Dead is a stellar instance of examining the human psyche and seeing the protagonists alter in both beautiful and crooked ways in reaction to events and the world around them.Throughout your viewing of a show bearing these qualities, you will grow to love the world and the characters because of this prolonged storytelling… making it much harder to let go when the finale finally hits your screen.

3. Moreover, great Hollywood actors have made fantastic entrance roles into TV, and likewise into Hollywood. Gritty performances from Billy Bob Thornton in Fargo and Matthew McConaughey in True Detective have earned them both best actor (for TV) awards. McConaughey has also seemingly attained an alter ego as an existential guruOn the other hand, TV is also becoming a great outlet for British actors to become well-known to American audiences. The British series Sherlock has been the game-changer for both actors Martin Freeman and Benedict Cumberbatch, Freeman starring in The Hobbit (As well the show, Fargo) and Cumberbatch becoming a Hollywood sensation, most recently starring in the Imitation Game4. Finally, non-US networks and previously uninteresting channels are now creating exciting TV that has spread in popularity throughout the world. History channel has Vikings, a fictional historical drama now giving History some popular attention for the first time. BBC has Peaky Blinders and Downton Abbey. Starz also has OutlanderAll of these international and non-Hollywood channels are making their name in the world beyond their own countries, and are partially decentralizing America’s grip on pop culture because of it. More actors will be noticed, and more stories will be shared for us all to enjoy.Don’t get me wrong, film is still completely relevant to media in my eyes and still creates amazing work to this day. But Hollywood and the whole industry around it is dominated by money and best sellers, one hit wonders. Those big wigs are ALL about the latest hit thriller or chaos porn that will hit the masses then be thrown back into the compost oblivion. But fear not. For TV shows are swiftly seizing pop culture through their versatility, international ability, and originality, which will only get stronger as its influence expands.