The film that finally bagged Julianne Moore an Oscar. Still Alice is a film that portrays an honest journey of Dr. Alice Howland (Moore) who is diagnosed with early on-set Alzheimer’s disease. The film explores the art of losing yourself, and it highlights the emotional journey people victim to Alzheimer’s go on.

There’s a beautiful moment in the film where Alice’s daughter, Lydia (Kristen Stewart), asks her mother what it is like suffering from the disease. After sharing her experiences, Alice responds, “Thank you for asking.” In that moment, you are let into the personal account of what it is like having your identity stripped away from you and worse, knowing that it is happening. Personally, it allowed me to examine how I would respond in the same situation and what it must be like losing yourself.

Julianne Moore plays the character of Alice with such conviction and depth, she truly embodies her character. A renowned professor of linguistics, a mother and wife who has always had ambition and drive, now has to deal with the horror that her identity will fade away. However, what is beautiful about this film is that it conveys how you truly never lose who you are. Throughout the film you get a sense that one truly never loses who they are, they aren’t defined by their illness and Alice will always be who she was.

Despite the fact that Julianne Moore owns the film, the supporting cast are a great ensemble. Alec Baldwin plays the loving husband who represents those who fail to truly grasp the situation, supportive he may be, but at times he fails to forget what effect the situation is having on Alice. Kristen Stewart gives an impressive and heartfelt performance, she has a special bond with her mother and represents those who are rooting for Alice’s wellbeing and those who truly care for her. Julianne Moore and Kristen Stewart share some lovely moments that perfectly encapsulates the bond between a mother and a daughter.

That being said, Still Alice is more of an emotional film showcasing great acting rather that a great film as a whole. In all honesty, there’s no plot and it was hard to imagine where the film was taking you. At the end of the day, it really is about a woman who is tragically suffering from Alzheimer’s disease, but what is the end goal of that premise? Speaking of which, the ending did seem quite underwhelming. The intention was sincere and honest, but there was a need for closure even though it’s hard to achieve with this type of film.

Still Alice is a film that allows you to view victims of the disease in a different light, it allows you to empathise with them and see the humanity in the situation. The film is a great showcase for Moore’s incredible acting and also from her supporting cast, but nothing more. Still Alice raises some important themes and issues, so watch the film for that reason only and not for a coherent and linear narrative. 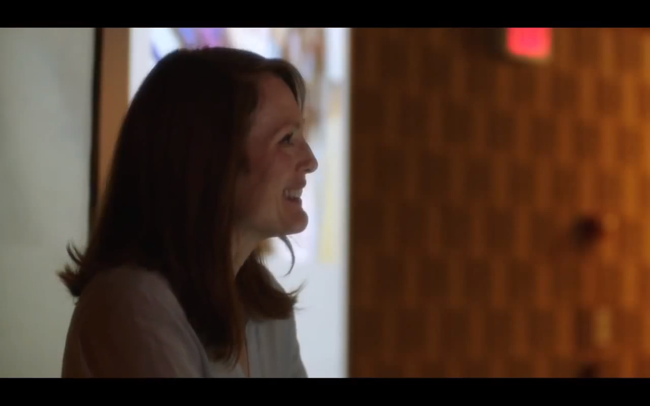