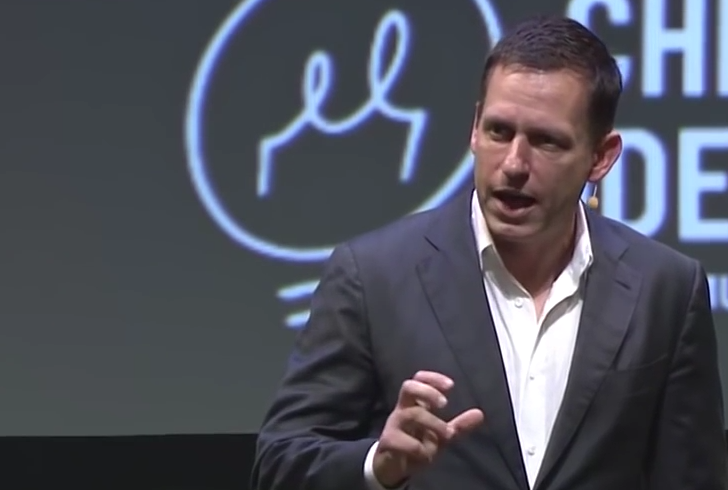 He’s an American entrepreneur, venture capitalist, hedge fund manager, and social critic. He co-founded PayPal with Max Levchin and Elon Musk and served as its CEO. He was ranked #4 on the Forbes Midas List of 2014 at $2.2 billion. He’s Peter Thiel and here are his Top 10 Rules for Success.

1. You are the entrepreneur of your life.
He studied 20th-century philosophy as an undergraduate at Stanford University.

2. Do one thing uniquely well. Focus all of your efforts and learn everything you can about that business.
An avowed libertarian, he founded The Stanford Review in 1987.

3. Make sure people align properly within your life and company. Make sure you are pairing with people who compliment each other.
He formed friendships with other students at Stanford, many of whom contributed to the Stanford Review. Some of these friends later took up jobs at PayPal and became part of the PayPal Mafia.

5. Don’t be a fake entrepreneur, start a company because you have discovered the answer to a common problem.
He was the first outside investor in Facebook, with a 10.2% stake acquired in 2004 for $500,000.

6. Value substance over status or prestige. Make choices that will align your life through solid choices instead of status driven choices. Status driven decisions are flimsy and not of any real value long term.
In addition to Facebook, Thiel has made early-stage investments in numerous startups, including Booktrack, Linkedln, Friendster, Yammer, Yelp, Palantir Technologies, Big think.

7. Competition is a two edged sword. You can focus on beating the people around you but it comes at the price of losing sight of what’s more valuable and important.
In February 2013, Thiel received a TechCrunch Crunchie Award for Venture Capitalist of the year.

8. All Trends are overrated. Don’t strive to be the latest or hottest thing, strive to be a solid resolution to a common problem.
He was a US-rated Chess Master and one of the highest ranked under-21 players in the country.

9. Don’t dwell on the past. Focusing on things that didn’t work will only damage your confidence. Don’t spend too much time analyzing why you failed, instead move forward and switch direction.
He’s a managing partner in Founders Fund, a venture capital fund with $2 billion in assets under management.

10. Find the secret path to your own success. Never follow the crowd.
In 2010 he created the Thiel Fellowship, which will award $100,000 to 20 people under 20 years old, to spur them to drop out of college and create their own ventures.