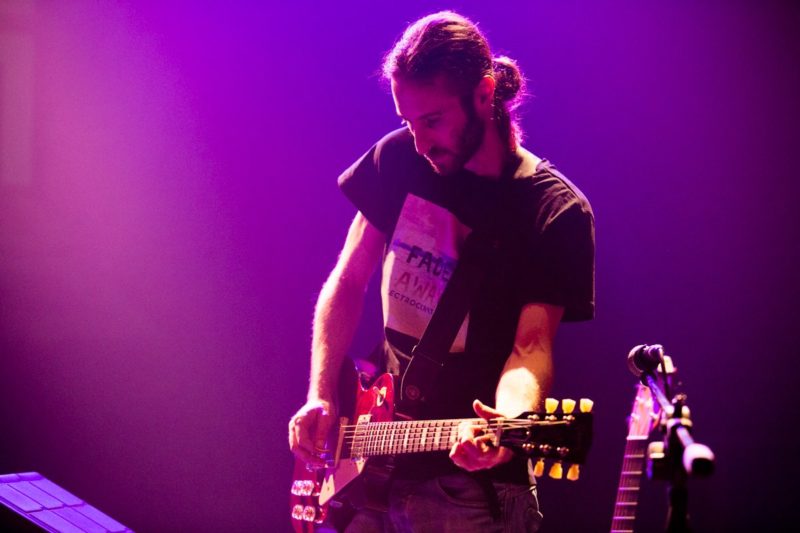 “My aspiration in my musical creation is for the listeners to experience a multi dimensional journey of harmony, melody and rhythm that will take them to a different world”

Interview by Jacqueline Jax
host of A.V.A Live Radio
Band Name: Omer Goren A.K.A Electrockrat
Person Interviewing: Omer Goren
Omer Goren is a singer / songwriter, also known as Electrockrat.
The indie electronic rock project Electrockrat started as a solo project in 2012 and is characterized by a combination of electronic and acoustic sounds, drawing from multiple genres, including indie, electronic rock, space rock, alternative, chill out and a touch of psychedelic.

Omer always lived and breathed music, either as a listener or as a guitar player since the age of 13, the first step which will later on lead to writing, composing and playing on many instruments.

After being discharged from the IDF in the end of 2010 Omer began a writing process which led to the composition of two instrumental pieces – On The Edge and Teenage Vibe, a mixture of electric guitar and electronic beats, that were recorded in 2012 (production by Noam Helfer) and later added to his debut album, giving birth to Electrockrat.In the end of 2014 Omer returned from a 9 month trip to India and south east Asia, bringing with him many influences from the relaxed atmosphere, culture and music of the region, an influence clearly expressed in his later creations, culminating in the recording of his debut album “ Mind Travel ”, a full 9 track album featuring electronic beats, guitar and synthesizer along with a soft human voice.

The album includes the following tracks:

“Mind Travel Intro”
“Ready To Leave”
“Freedom“
“Fade Away”
“Sometimes”
“On The Edge”
“Place To Go”
“Teenage Vibe”
“Mind Travel Outro”
and was recorded and produced by Dotan Moshanov and features a collaboration with Roi Levy (Fools of Prophecy, Shimon and Levy) on the track Ready to Leave. Recording of Mind Travel concluded in the end of 2015.

The main sound difference at Ready To Leave’ music production compared to Electrockrat former releases ‘Sometimes’ & ‘Fade Away’ is a strong dream pop vibe, compared to the more rocky sound of the other releases, but it still touches upon more alternative elements that are a big part of the project Electrockrat.

The main subjects of ‘Ready To Leave’ are about the period of time
that occurred in Omer Goren’s life a few years back (2015) when he had to quit his daily basis job as Security Guide & E.M.T because of a knee injury. Unfortunately in the months after the injury developed into a chronic pain disorder and made Omer commit himself completely to a career as a musician.

Link to play:: https://www.youtube.com/watch?v=aLFaLEbfBIs
Some influential music artist for me are:
Pink Floyd – because of the psychedelic vibe and big sound that breach your mind and emotions
Muse – for the rock and alternative guitar elements combined with an electronic vibe
Radiohead – electronic computer sound with a big emphasis on atmosphere
Enigma – chill out productions with down tempo beats you can easily relax to
Air and The XX – ambient vibe with the use of sampling and high emphasis on energy and rhythm

I don’t have a specific pattern or way of creating my music, sometimes I have a melody and the lyrics come later, and sometimes it’s the other way around, but always, in every song or production, there will be a high emphasis on emotion and creating a narrative.

The producer that I’ve been working with used Cubase in this EP but when I’m preforming live on stage or when I’m producing my own music and other artists my favorite is Ableton Live and I really love using tools by Native Instruments, Waves and Izotope. My favorite instruments are guitar which is also my primary instrument but I’m also a big fan of the entire guitar and strings family, and love using piano, drums and percussion.

“Without music, life would be a mistake” – Friedrich Nietzsche