Anything can inspire me to write a song . Sometimes, a simple conversation can bring about some great music, and that music can draw people in. I call the music I create “Life Music” because it involves every aspect of my life.

Interview by Jacqueline Jax
host of A.V.A Live Radio
Artist: Chris Wright
Thursday July 12
Episode #606: A.V.A Live Radio Behind The Music with Jacqueline Jax: http://www.blogtalkradio.com/avaliveradio/2018/07/13/episode-606-ava-live-radio-behind-the-music-with-jacqueline-jax
Born a Preacher’s Kid growing up in Warner Robins, Ga. (2 hours away from Atlanta, Ga.), Chris Wright is a college honor grad that has a Bachelor’s of Science in Communications and Information Technology, but his love and passion has always been with being a Music Artist. He specializes in singing, song writing and dancing, but through his education, he discovered that he can create thinking man’s music meaning that he writes songs with an under lacing of social commentary or deconstruction. He believes that music should have different levels of context, and he leaves the task to the audience to ask themselves about the deeper meaning if they so choose.
His style often described as new/old school R&B. Gives people something that is with the musical era they are in, but his voice has an old school sincerity of the great 90s and early 2000s R&B singers. That style has landed him success in the past with his single “Obsession Confession” and his penning and performing of the title track for the short film “Tomorrow Never Fails.” Now with his first full release EP “Better Side,” he is looking forward to touring and creating more content for his ever expanding audience. 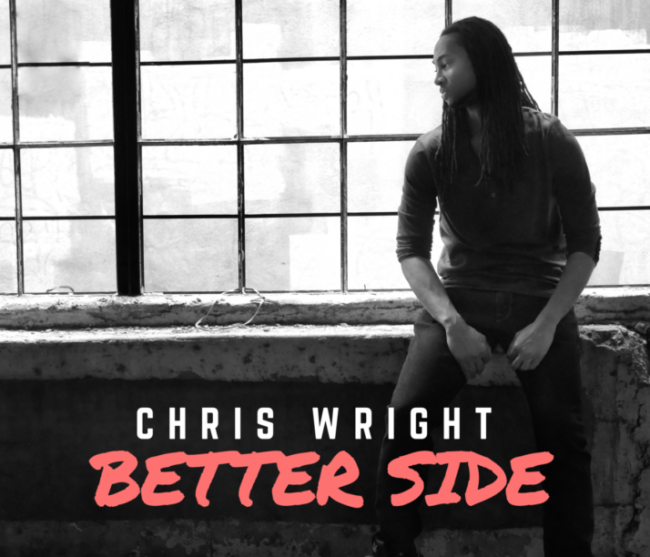 The song “Perfect (I.G. Cinderella)” was the last song recorded for the “Better Side” EP, but it has a deep meaning for me that’s why its the first track on the EP. Its main goal is to ask the question, “What is Perfect?”

Also, I’m conveying that the human portrayal of perfect is a misnomer. Sometimes, its misconstrued by people and they believe that it means no problems in relationships; however in reality, those ebbs and flows are what help create a bond for a lasting relationship.
My character, speaking in the song, is basically conveying to the girl ( Instagram Cinderella), who covers up her imperfections through her addiction to social media posts, that her addiction has blinded her to the reality of herself and others. She cannot tell what a good relationship looks like because of her total immersion into the world of social media; she has built her life on false reality or social media fantasy like many have in today’s society.
So, my character is asking her to take the chance with him and step into reality. By doing this action, they are saying they don’t know what perfect is, but they are going to find out together. In a world of made up reality, I’m trying to help people get back to true selves and true reality.
Link to play:: https://soundcloud.com/chris-wright-92/perfect-i-g-cinderella
The first person to influence me as a musician has to be hands down Michael Jackson. Michael could do it all, and he touched upon every facet of the musical sphere that its easy to see why many hail him as the greatest of all time. Brian McKnight has been a big influence as well because his voice and delivery is so smooth, and I have heard him all these years, and you hear nothing but conviction in his voice. Its inspiring. For today, I would say that Justin Timberlake is in the conversation as well. He seems to kind of up hold the tradition of great music like the generation of M.J and Prince. He is very hands on with his music, and he does what feels right to him. That attitude inspires me to do the same with my music.
When I create a song, the first thing I think about is subject matter (Lyrics) because it sets the tone for what i’m about do. Then, I think about cadence. Once I have those two parts down, I take a recording device (My Phone) and a metronome, and I record the new song acapella with metronome as a click track to keep the song structured. After this framework version of the song is completed, I send it to my producer (Lucas Woodgeard of Skylion Studios) and he takes the “raw materials” and creates a full realized music track pending on the feel that song invokes. After we both agree on the music track, I come into the studio and record my vocals. Then, we proceed to tweak little things here and there until the full song is where we want it to be. After that, we are ready to release it to the marketplaces.

My favorite music is R&B because ,when its executed correctly, there is such conviction and emotion in what the artists are singing, even the most slight turn of phrase can pierce a listener’s heart.

I live in Warner Robins, Ga. It is located in the middle region of Georgia about 2 hours away from Atlanta. Also, I spend most of my time enjoying artistry. I know that people enjoy my voice and the other things I do, but I too enjoy it. I love my God-given talents and would not trade them for anything in the world, but as for things not music related I really enjoy interacting with new electronic devices because I also love technology.
Since my EP “Better Side” has been released this past month, I have been in full campaign mode. Promoting it everywhere I can. I decided that I could not just release my music and expect new members to be added to my fanbase. I believe in my product and that its some of the best produced music in the marketplace and I am proud of what I created.

I feel that the world needs to hear what I’ve created because it has a message for life.

What are 3 things you’ve learned this past year.. :
1. To let my creativity truly flow, I must completely be myself.
2. I must stick to my vision for my music. Many may have ideas on what i should do but the question is always what is right me? Originality is the key to being noticed.
3. I am not alone in this journey. There is always a support group around you ready for you to utilize their skills and wisdom.
What I’m looking most forward to this next year is creating more content for my fanbase and expanding that fanbase. Anything can inspire me to write a song . Sometimes, a simple conversation can bring about some great music, and that music can draw people in.

I call the music I create “Life Music” because it involves every aspect of my life, and I believe everyone can relate to it because I seek to make it “human.”