“ I´m not free of any fears but I try to make the best out of it. If your greatest fear is to lose someone you love this will affect your relationship. It even might turn love into fear and that is not what love is for. ” @DDATSS

GETTING TO KNOW DRAMA DUO AFTER THE SHITSTORM
by Jacqueline Jax

What are you most afraid of…

Francis: I try to be not afraid of anything. Fear is bad. It captures you and holds you back. You have to respect the things that are standing in your way, it’s the only way to deal with it. If you are afraid, you run away, but that doesn’t solve any problems.

Buffo: I´m not free of any fears but I try to make the best out of it. If your greatest fear is to lose someone you love this will affect your relationship. It even might turn love into fear and that is not what love is for.

How do you continue to challenge yourself…

Buffo: We always think big. If you don’t think big you can’t get big. So everything we do we do straight from the heart and try to get the maximum out of it. So everything feels like a challenge. We play music, we play in a band. We are Rockstars. If you don’t say so, you’ll never be one.

Francis: My personal definition is to be happy. And let other people be happy with you. If you always do what you love and have people who support you and like what you do, you’re the happiest person alive.

Francis: I had a girl band for the last 6 years with my cousin and my sister . We met Buffo on a workshop he was holding about entertainment and stage performance. Soon he became our Producer. But then I realized that we had to play together. There is an incredible musical connection between us. Buffo was a rockstar back in the 90s with a German singing metal band. They sold a lot of records but they split up because of personal problems after 12 years. For a long time he could not find any musician he wants to play with. So it all came together and we started Drama Duo in 2014.

Buffo: Reign and detain is about the human arrogance we all live with. The song crosses the small borderline where this arrogance becomes to something abhorrent and disastrous. Human experiments, intensive livestock farming, racism… The internal story is about a little chick who doesn’t understand the world. It grows up in an egg industry and has never seen it’s mother or even the daylight. It’s just helpless and it´s wondering about the world. It realizes that it is abused and lives only to make money out of it. This little creature accuses our global system. Beyond all creatures we reign and detain. It’s just not OK to decide about life and death of others.

Francis:
We always go out in the green for songwriting. That´s the best way to talk about our ideas. We were at a lake and buffo was playing a guitar riff. At this moment the lines came to me and I started to sing.

Buffo:
R & D was the first song we recorded after a long period of songwriting. The work in studio was really great. For two weeks we lived in this small little crappy studio to finish our arrange and to record the final version of this song. We did the recording and a friend of us did the mixdown.

The hardest thing for me was to reactivate my voice. One week before the studio started I had a vocal coaching session with Melissa Cross from NY. That was great but she showed me a lot of things which I had forgot. I felt like I should jump out of a window. During the first recordings of my vocals I got so frustrated that I threw my Gibson Guitar against the wall. I learned a lot and I´m pretty sure that my other guitars will survive now 🙂

Francis:
While singing the tracks I was watching videos where chicks were carried on an assembly line treated just like they were some goods. It was very depressing and helped me to get the right energy for the song. The treatment on ANY creature in the universe definitely does matter. All what we do comes back to us. Like Karma or so.

Francis: We come from Bavaria, Germany, where the Octoberfest is. I see Los Angeles as our second home. My feeling is that the music scene in Germany is really poor. There are bands, of course, and also people who listen to rock music, but there’s just no place for them to be. There is no sub culture at all. Partys – yes, music scene – no. One of the biggest party is the Octoberfest in munich once a year. There you can throw yourself away.

Buffo:
This is why we decided to make L.A. our second hometown. It’s a place where you can express yourself, and no one bats an eye on you. You can be weird and crazy and it’s ok. That is what we love there. A couple of years ago I found relatives of my missing father in California. From that point I felt a deep connection to L.A. 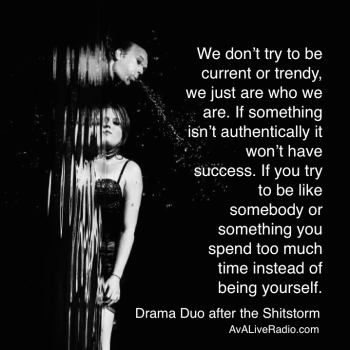 Francis: We don’t try to be current or trendy, we just are who we are. If something isn’t authentically it won’t have success. If you try to be like somebody or something you spend too much time instead of being yourself. We take the energy out of ourselves, let the music come to us and then we just write it on a piece of paper. We believe that the right things always come to you. But only if you accept them and welcome them when the knock on your door.

Buffo: For me social media is something natural, a logic consequence of the development of technology and also of social behaviour. Social media is connecting people. It is a great tool to spread information all over the word. It gives us a change to name things independent from that what people are told to see in Television every day. If we use it in the right way social media is freedom of speech and freedom of opinion.

I would love to have 5 minutes alone with..

Buffo: Traveling with a time machine we would like to meet Freddy Mercury from Queen on a big party. This guy was so much rock´n roll and lived his live no matter what others want him to do… After a couple of drinks we would ask him about his view to the world. Later on he could come with us into 2015.