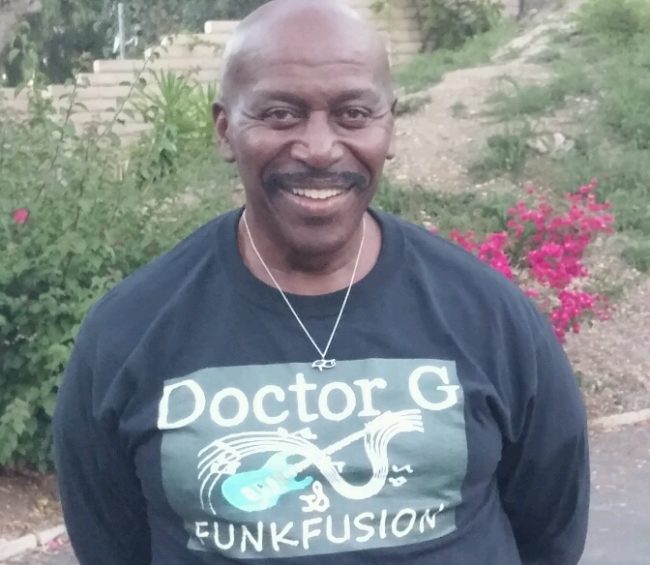 There is no special time that I feel more creative. I am inspired to create by happiness, sadness, sex, driving down the street, dreams at night. It’s life itself that inspires me. I sometimes pull off the road while driving to start writing a song. Inspiration hits and you must always go with that flow.

I once saw a quote that said, “The trick is to enjoy life. Don’t wish away your days, waiting for better ones ahead.” I always thought that fit my attitude. I enjoy life and I challenge myself.. That’s what I write about.

I started playing in Night Clubs at age 11 with adult bands so the only thing that didn’t come naturally is the business of music. I’ve always just focused on making music that feels right and moves me. It’s better not to over think music, just let it challenge you to be better.

One thing I truly cherish is my guitar. It is a part of me.

Nothing surprises me unless you are talking a about sucker punch when fighting. I have been sucker punched before but that only happened once. I was ready for the next time.

Something about me that would surprise people is the way I am with children and women. I get very angry when I see some man taking advantage of them. They get my total protection. Enough said.

I have two hobbies. Weightlifting is one that I’m very passionate about because I feel that it’s really important to stay fit and healthy. It clears the mind and balances the body.  My other hobby is the stock market. I invest in commodities and I am interested in learning all aspects of trading. It’s become an obsession. I’m more of an investor in things that are coming rather than a case study kind of investor. If you wait until there is another case study in a particular industry, you will be too late to invest so I think about changes in culture that may be good investments for the future.

I made up my favorite word: FUNKFUSION. Trademark pending.

I wish I had known about the bout the stock market long ago. I think pretty much everyone in the stock market realizes that hind sight is 20/20 and there are plenty of risks in investments. Things that I’m glad I learned mostly have to do with understanding value rather than price and appreciating fluctuations as an opportunity.
I like to listen to the late great Eddie Harris. He plays saxophone, trumpet with a Reed mouthpiece through an electric console and piano. He was one of my heroes. He won a Grammy for an album called “Silver Cycles”. I was going to play some with him but he was sick when we planned it then he died before we could play.

If I could choose a career it would probably be in the stock market.

However, a career chose me before I was born. My dream is to someday be rich enough to share my music and performances freely. NO CHARGE! I am never going to retire from the music business just like I will always be a weight lifter. It’s my way of life.

You know what Mark Twain said, ” The two most important days in your life are the day you are born and the day you find out why.” I have found my why.

Describe myself in three words? Great-House Records Incorporated.
VICTIM OF THE SYSTEM.
Genre: Funk/HipHop Alternative
New release from Doctor G raising awareness to an important issue that is occurring in our society today. The artist has gained recognition for past controversial song releases such as “Don’t call me Nigga” and is known for his honesty and promotion of social change.
HIPHOP ALTERNATIVE Doctor “G” (James S. Great-House) has International credits as a Songwriter for Better Nights Music / A.S.C.A.P. / Casablanca / Polygram Records where he was contracted as a Security Officer / BodyGuard assigned to Donna Somer and others on the label and was discovered by Larry Blackmon of Cameo and signed as a writer. He wrote “Doin It To The Bone” that was charted on Billboard Magazine. Recorded by Mantra and produced by Larry Blackmon of Cameo. He performed as, “James Greathouse And His Natural Rhythm Band” on Merphy Records in the 80s as a recording artist/songwriter/producer.
https://www.reverbnation.com/doctorgfunkfusion
SPOTIFY: https://open.spotify.com/album/1QCkOZUw3oTj2VKFIfIFbI?si=BEfqZVGwRxGWNKcwmRD24A
SOUNDCLOUD: https://soundcloud.com/doctor-g-funkfusion/victim-of-the-system
BAND SITE: http://doctorjsg.wixsite.com/greathouserecordsinc
FACEBOOK: https://www.facebook.com/pages/Doctor-G-FunkFusion/125424470831273?ref=hl
INSTAGRAM: https://www.instagram.com/doctorgfunkfusion/
TWITTER: https://twitter.com/FunkFusionBand
alternativeDr. GfunkHip Hop
By admin03/07/2018FEATURED POSTS, LATEST, MUSIC