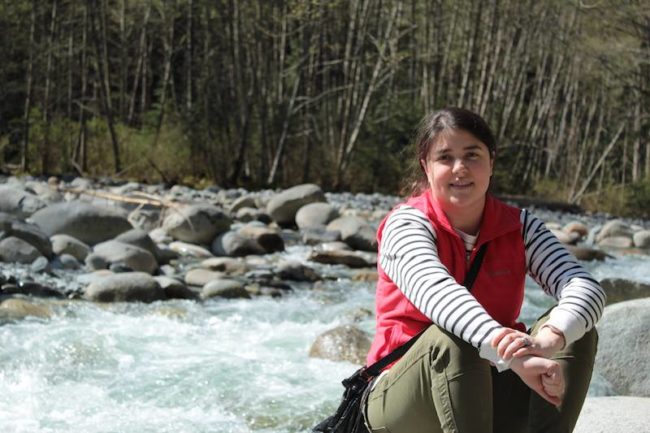 This track is about the highs and lows of everyday life and how in the midst of conflict and uncertainty, there is always a silver lining. I wrote this song because I wanted to maintain a positive outlook through all my experiences despite increasing demands and stress.

Band Name: Edina Balint
I am a 21-year-old singer-songwriter who attends university full-time and composes music in her spare time. I started playing music at the age of nine when I began taking piano lessons. Although most of my musical training was in classical music, I started playing pop/rock and jazz in my teenage years. This introduction to music made me interested in learning to play the guitar, which eventually led me to write my own music. Currently, I have released my first EP, Our World, and I plan on releasing a full-length album next.
Song name: Seaside Boulevard
Music Genre: Inspirational
Despite the fact that “Seaside Boulevard” is an instrumental track, which can give the song multiple meanings depending on the listener’s perspective, I believe that the message of hope and optimism shines through. I personally enjoy outdoor activities which help me to unwind, and that is why I named the song “Seaside Boulevard”.

For “Seaside Boulevard” in particular I was influenced by pianists like Yiruma and Yanni who compose very dynamic melodies for their piano pieces. I also borrowed ideas from the rock band Evanescence on how to utilize the piano to create powerful performances. However, my other tracks have a bit more of an alternative/acoustic rock sound which was mainly influenced by bands I grew up listening to, such as Nickelback and Lifehouse.

“Songwriting is a very mysterious process. It feels like creating something from nothing. It’s something I don’t feel like I really control.”- Tracy Chapman

Generally, when I begin to write a song I start composing the melody before I write the lyrics. Sometimes the tune or the chord structure will come to me while I’m playing a song on the piano or guitar, but other times I will have an idea out of the blue. I have been learning the production process on my own for the past couple of years and I have really enjoyed working on my recording skills. The piano/keyboard is my favorite instrument to work with.
I spend most of my time attending university and contributing to my local community. I study English Literature and Political Science at the University of the Fraser Valley and I am currently the news editor for the student newspaper. I enjoy supporting the local music scene as well by attending festivals/concerts and I have volunteered at Abbotsford’s campus and community radio station.
This past month I have focused on releasing my EP and publicizing my music. I hope to reach more fans this summer through various media outlets, which I hope will assist me in my long-term goal of releasing an LP album.
Three things I have learned this past year,  I have learned some valuable recording techniques after setting up an in-home studio and producing my first album. I also have been trying out different genres of music such as jazz and blues in order to explore the range of the piano. Most importantly, I have learned how to balance work and study in my busy schedule so that I can dedicate time to my music.
I am looking forward to completing my university studies next year and continuing to write music after graduation. I hope to learn more about production techniques and possibly release a full-length album soon.
Website & social media links:
https://www.edinabalint.com
https://open.spotify.com/artist/1yAAk10PqWfpEom1wNswrf
https://twitter.com/edinab11
https://www.instagram.com/edinab11
canadainspirational musicsinger songwriter
By admin08/12/2018FEATURED POSTS, LATEST, MUSIC