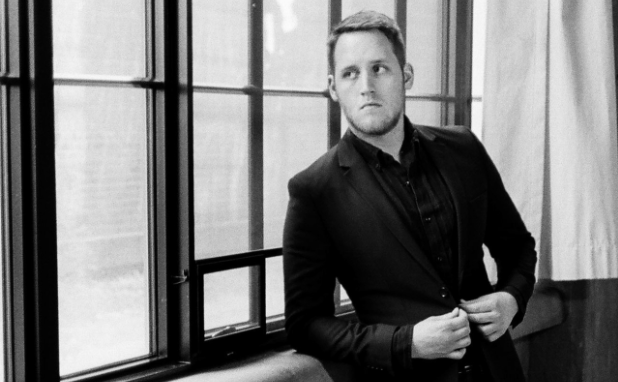 GETTING TO KNOW KENNY NELSON
by Jacqueline Jax host of A.V.A Live Radio

Congratulations on a successful kickstarter for your next EP:
https://www.kickstarter.com/projects/kennynelsonmusic/debut-eps-kenny-nelson-vol-i-and-vol-ii?ref=project_link

New Album: I recently wrapped up production on my first full album that I’m releasing as two separate EPs (Kenny Nelson: Vol. I & Vol. II), which will be my first official project aside from releasing my single “Torn”. It’s a collection of songs fresh and seasoned from my writing catalogue echoing themes of love, loss, and life in general. The songs reflect personal experiences, individual connections, and the lessons I’ve learned over the course of a ten year span.

Music business…
Just after graduating high school I had some seemingly incredible opportunities present themselves with management and production deals in NYC and LA, and what became apparent very quickly was that these producers wanted to erase my identity and create their own vision for who I should be as an artist. One producer in particular I worked with at nineteen told me I should focus solely on singing, telling me I wasn’t a good writer, but if I sang the songs he was writing and pitching then I could be the next Justin Timberlake. I’ve heard a lot of things like that: ‘you could be the next this, or the next that’, but why couldn’t I be exactly who I am and create something new for the music industry?

On the other side of the same coin, I’ve interacted with some people in the industry who are completely on board with what I’m doing and are so excited and supportive of my career and helping in its trajectory. When those relationships form where people believe in who you are and what you’re doing, it’s incredibly validating and inspiring.

I’ve learned how important it is to know who you are and what it is you want to do and say; and ultimately if it’s worth it to change who you are for somebody else. I’ve decided it’s not, and I will be my most authentic self through it all.

I currently live in Santa Barbara…
where there is a wide variety of musical talent; everything from artists playing their music on the main downtown thoroughfare to mainstream acts coming through and playing their latest tour at the Santa Barbara Bowl. I’ve been fortunate enough to play my music at SOhO Restaurant and Music Venue, and because of that connection I’ve built up a relationship where I now manage the venue. It’s a cool spot because you see everyone from up and coming musicians before they break into the industry to legacy artists like Michael McDonald and Kenny Loggins who come back to play stripped acoustic shows for their fans. The level of appreciation and support for music in such a sleepy town is higher than one would imagine it to be.

Song name: Torn
Music Genre: Pop
I remember writing this song in my living room after listening to some old Motown stuff that I’m always inspired by, and the chorus just kind of came to me. I was in a place where I wanted to write a song that would get people up on their feet – one of those songs you can put on in the car while driving, or one that will amp you up while on a run; but I also wanted to write a song that would be really fun to sing and show off what I can do vocally. I had been out of a bad relationship for a while, and was pretty set in my views regarding myself as a person and what I wanted, but these lines I had drawn for myself no longer seemed applicable as I had met someone who made me question the walls I had previously put up. “Torn” is about a lack of clarity: did I want to stay single and keep my guard up, or did I want to take a risk and open myself up to someone in a way that I hadn’t in a long time?

I would love to have 5 minutes alone with….
My number one person would be Ryan Tedder because, over time, my identity as an artist has changed from being just a singer into being a songwriter as much as I am a singer – which if you look at his career, he has done it all and has been successful at doing everything very well. He’s an incredibly prolific writer with such a unique voice in music as a writer, but is also a freakishly good singer and entertainer. I’ve studied his writing catalogue and the OneRepublic albums that have come out, and they have heavily influenced the way I sing and approach my writing. I’d love to have the chance to pick his brain about the industry, his experiences, how his writes a song, and his process. If there was one person I could collaborate with, it would definitely be him.