I realized I could have never written the songs that I am writing now if I had not traveled the road that had been laid out for me. I am grateful for everything I have been through, all of those experiences, and for being here right now.

My road has not been a straight line. But, if it had been, I would not be able to bring the music that I write today to those that it touches. I began writing when I was very young before the age of ten. I was performing professionally by 14. All that changed not too long after and those events took me on a ride that lasted a very long time.
Five years ago it found me at a friend’s studio who has been a life long career musician playing with many of the great talents of our time where I played him some of my music. It was that day he asked me if I was interested in making a record together. From that day forward we have been recording and playing and I never looked back. I realized I could have never written the songs that I am writing now if I had not traveled the road that had been laid out for me. I am grateful for everything I have been through, all of those experiences, and for being here right now.
Song name: Standing In The Sky
Music Genre:: Singer/Songwriter
This is a song which captures my artistry in many ways melodically as well as lyrically. It’s a song about trying to make sense of the world, having a lot of belief that there is something else going on besides what we see with an equal amount of doubt in that same belief. They are heavy lyrics in an upbeat vibe, and this is something I do often to invite the listener to think about something deep in a way that feels good. I love this in the artistry of others and it is something that feels really good to me.
Link to play::  https://www.matiamusic.com/audio
Some influential artist to me are: Ray Charles, Stevie Wonder, The Beatles, The Supremes,  James Taylor, Staple Singers, Etta James, Carol King, and Mozart to name a few. My taste in music is vast, but the common factor is that “thing” that one cannot describe that touches them. For me, it is something that touches me deeply– a chord, a note, a lyric. I am moved by deep emotion and I feel that all of the above have that in one way or another. I like it when music makes me cry. I like it when it takes you on an emotional journey. This is something I try to do in my music.
I am a singer/songwriter, and I play both the guitar and piano. I am self taught and play by ear. I find that depending on the vibe inside that brings me to start writing kind of drives me to one or the other. Each song is different and comes in a different way.

Many times I just get these things that pop into my head. Sometimes they are melodies, sometimes they are lyrics, and sometimes both. When I can’t speak was entirely written in my head and it literally just came to me from “nowhere”. I did not think about it. Kenny and I call these downloads. They happen to me a lot. After days or weeks of it evolving in my head, I go to the instrument that feel good for that song and set chords to it.

When I have written a song, I bring it to Ken Mazur, my producer, and teach him the song. Together we build the production with his lead. Ken is a life-long, platinum selling musician having played on the road with Robert Palmer for many years. He recorded and performed with some of the best artists of our time such as Marvin Gaye, Tina Turner, The O’Jays and more. He has been scoring for Television and film and is currently scoring for a multi-Emmy award winning TV show. Ken brings his artistry to the music I write and together we feel we create music that is deeply moving. Each of our band mates are equally as talented and seasoned in their own unique ways and bring their colors to my music making it even more. When Kenny and I start a song we record it bare bones and add tracks from there.
A couple of exceptions to that rule have been on the first album, “When I Can’t Speak”, And “Blind” which are almost nothing except our first practice run, he and I and his guitar. We left them because they came out super cool the first time around just raw. I am so grateful for my producer Ken Mazur and my band mates who are all so incredibly talented. Honestly, I am so honored that they love my music enough to play with me and that they bring their artistry to my music. Although I can play guitar and piano, I do not play them on stage, as my playing abilities do not match my writing and vocal skills. Being in a band you get that amazing feeling that you are all different parts of one, everyone bringing their beautiful parts into the whole (I call this coloring everything in) and you are on stage-one! It is an amazing feeling!
I split my time between Southern Oregon and Malibu, California. My time in Oregon is spent with family and our private animal rescue which is incredibly important to us all and fulfilling. I go down to California to record and perform. I do all of this in between working as a world renown healer (Ph.D.) which is part of my curved path and how I found myself back here writing and recording and playing with the amazing musicians in my band. 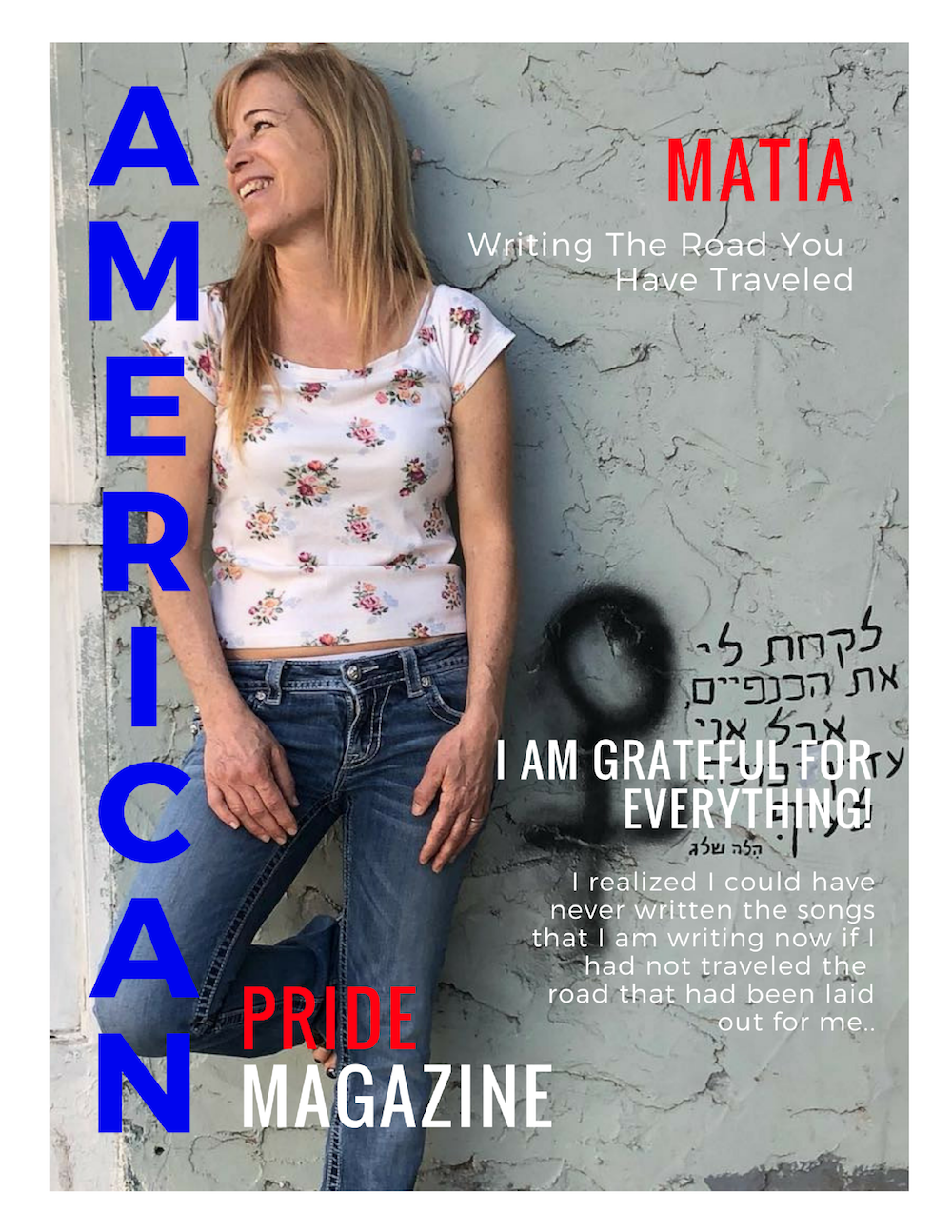 “Music has been around a long time, and there’s going to be music long after Ray Charles is dead. I just want to make my mark, leave something musically good behind. If it’s a big record, that’s the frosting on the cake, but music’s the main meal.”
— Ray Charles

This past month I have focused on finishing the new album with my producer Ken Mazur and creating ways to share it with others.  Attention to detail is very important to us. It’s a previlage to make a record and to make a good one is a responsibility we enjoy and also take seriously.

Three things I have learned this past year:
-Playing on the big stage is hard work but it’s a blast.
-A great band is a blessing beyond hope, being surrounded by great musicians is such a gift….
-Music is an awesome  powerful force in my life—it fills my heart so I can give more of it to others. It is something I don’t want to imagine living without,.

I am very much looking forward to bringing my new album (as well as my first) to a larger audience both live and recorded. Touching people with my music is something that inspires me to write and do many more positive things with my life.
Band members:
Guitar and producer: Ken Mazur
Keyboards: Sandy Stein alternating with Steve Robbins
Jon Woodhead
Drums: David Bolen
Percussion: Davey Chegwidden
Bass: Donnie Yance alternating with Lou Castro
Website & social media links:
Website: Matiamusic.com
Instagram:@matiamusic
FB: matiamusicartist
Youtube: https://www.youtube.com/watch?v=6x1pblctL4M
californiaMalibuMatiaOregonsingersongwriter
By admin05/08/2018FEATURED POSTS, LATEST, MUSIC