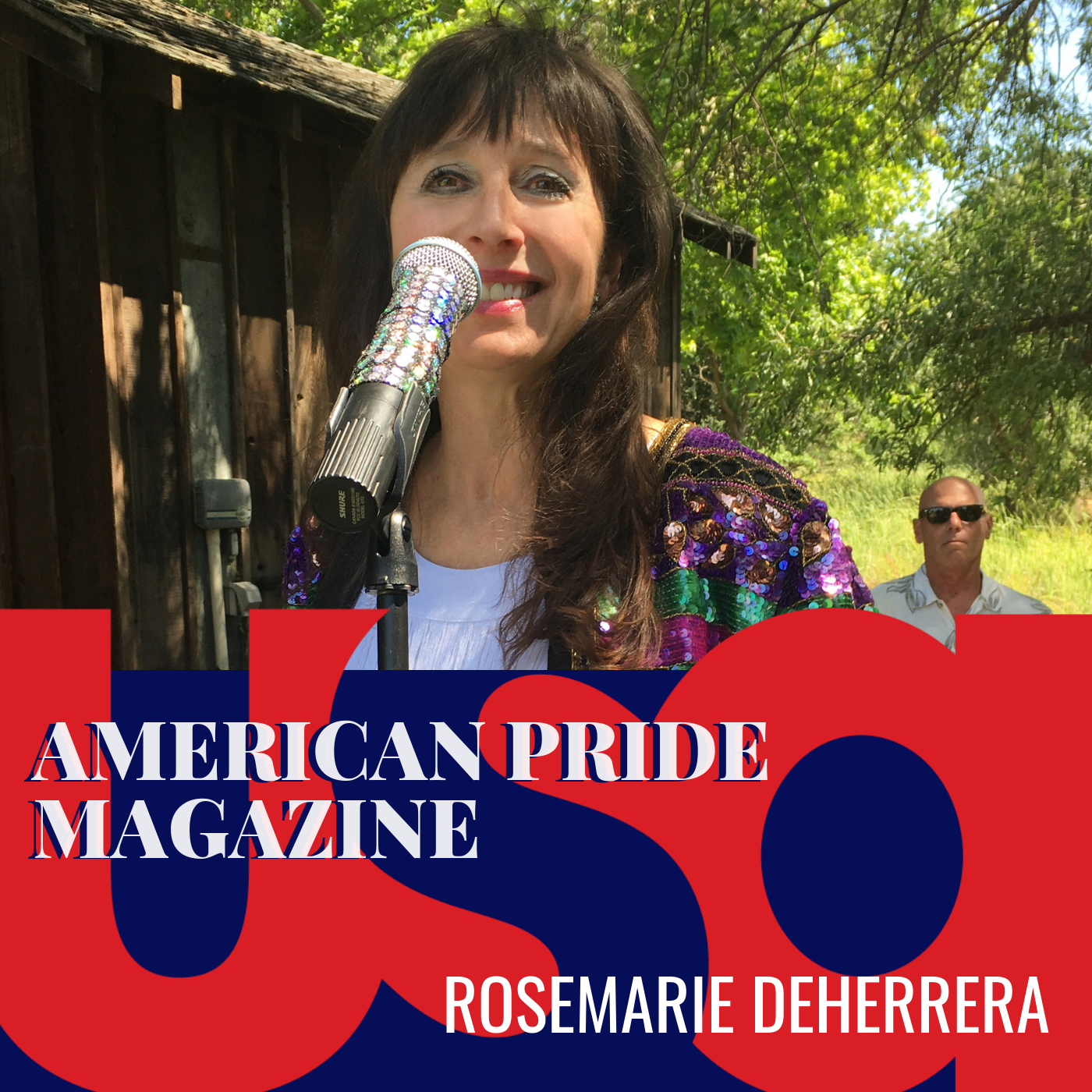 I live in…
Nashville Tennessee last year and succeeded at making great strides in my music career since AVA live presented my song and Album title “Behind Those Eyes”.
(Rosemarie and the Rhythm Riders on Behind Those Eyes http://lsh.re/1MB5Y )

I submitted my life music goals and CMT video story to US Veterans Magazine and it got accepted. It went out to thousands of readers… From that I secured a spot for opening for Lee Greenwood at the biggest Fairgrounds in Tennessee in Wilson County!! A sure step upward.

In the last month, I have been stranded in California, overseeing my renter who didn’t pay, and then fell and broke my wrist in 2 places, later having to have surgery and a metal plate and screws put in. It was the same operation Carrie Underwood had, however I didn’t have the publicity she did to put me on the cover of 10 magazines in Kroeger’s grocery store for 8 months.

I’ve used my time in California to submit my new story to 2 magazines here in California and will submit my song to 4 country radio stations where I live next week. My goal: to get back to Nashville. The Fair Director in Wilson County, Quinton, asked me to open for one of their special events next June for Charley Daniels!! A dream of a lifetime and the chance to connect with future performances…..!!

This song is about being broken hearted and telling the audience not to give up. Keep trying to find your soulmate. Cry and then get over it. Start looking for the right person. I created this to give advice from my own experiences. Eventually I found the perfect match but lost him to a brain tumor.

The person who has been the most influential in my music has been my first producer…
Rick Durrett. He toured with Dolly Parton and Crystal Gayle 12 years. But besides being a great keyboardist and having all of that experience working with the best performers, he became an awesome Producer. What he did for me was fine songs that were “my style” and excited me to record and would make me successful. He also had toured with Chris Leuzinger and became his friend and was able to use 3 of Garth’s Gmen on my first recordings!!!!

Describe your songwriting and production process..
When I’m co-writing a song I think about my life experiences. I use the keyboards to try and figure out a melody but love the lead guitar to wind me up!!

Favorite music or success quote…
One of my favorite success quotes came from Charlene, known as Hotsy Malone, who was the Personal Assistant for Randy Travis for 9 years until his stroke. She said,”Randy’s Manager, who later became his wife, submitted his song to every Record Label and got turned down by every one for the first year.” She told Hotsy that “there was hurdle after hurdle, but you have to learn to figure out a way to get over them and through them. Never let that stop you.” And so he left his dishwashing job at the Country Palace and became one of the biggest Country Stars of all time….!!!!

In the last month I have been stranded in California…
overseeing my renter who didn’t pay, and then fell and broke my wrist in 2 places, later having to have surgery and a metal plate and screws put in. It was the same operation Carrie Underwood had, however I didn’t have the publicity she did to put me on the cover of 10 magazines in Kroeger’s grocery store for 8 months.

3 things I’ve learned this year:
1. Go with the flow, you never know what is about to happen so you just have to go with it and adjust accordingly.
2. There are opportunities wherever you are, maybe just not as many as Nashville. But that never stopped me from making a good use of my time anywhere I am.
3. Go around all the hurdles, never stop just because you think it’s not possible. Anything is possible if you believe in yourself and you are willing to try.