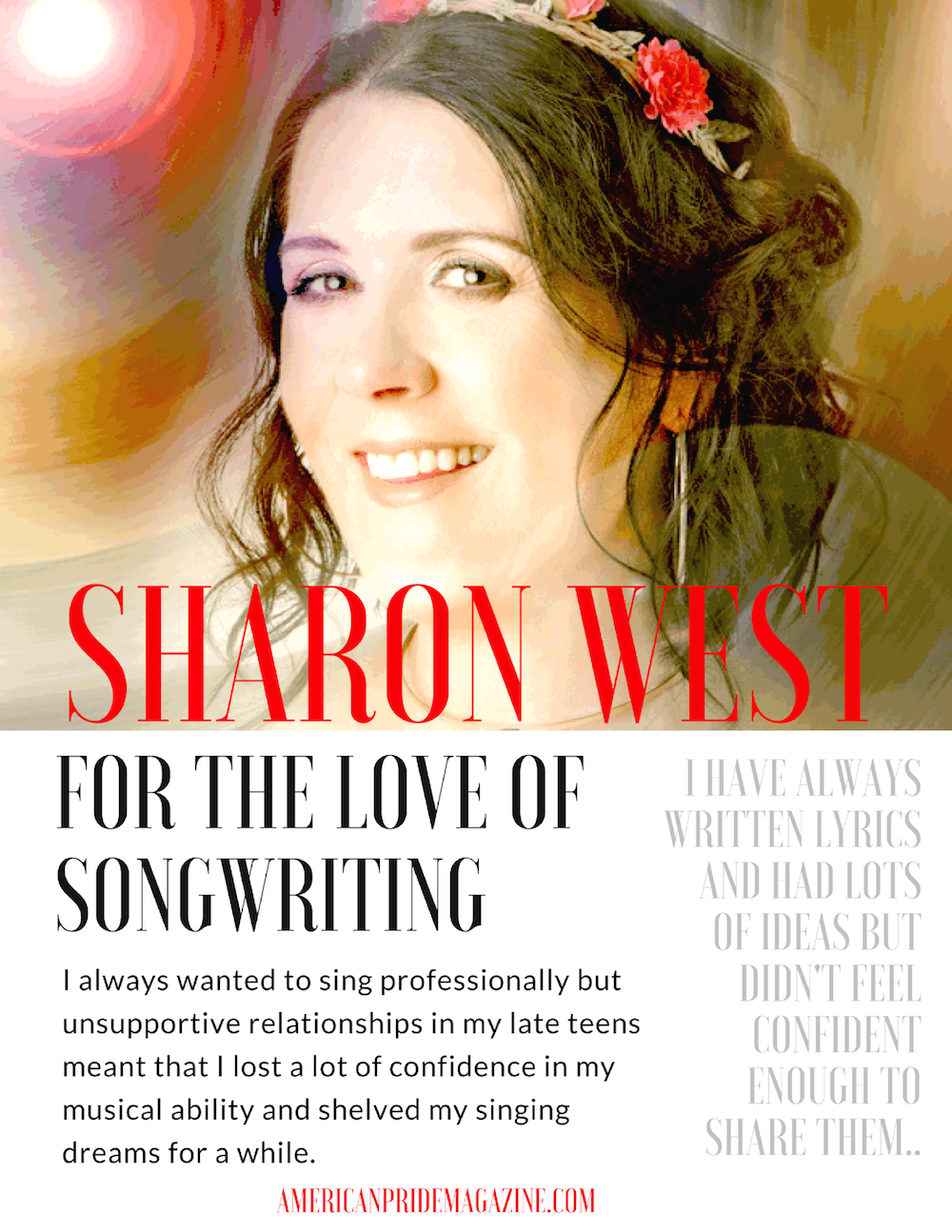 When I was 21, I was asked to audition for a band after a band member heard me singing karaoke on a night out. I got the job and went on to work with a number of bands on the cabaret circuit and then moved onto working with original bands in more recent years.

Interview by Jacqueline Jax
host of A.V.A Live Radio
Band Name: Sharon West
Person Interviewing: Sharon West
I’ve been singing for as long as I can remember. As a kid I was in choirs in school and all of the school musical productions.  I had a huge love for music from a very early age, I’m sure I was singing in the womb. I always wanted to sing professionally but unsupportive relationships in my late teens meant that I lost a lot of confidence in my musical ability and shelved my singing dreams for a while. When I was 21 I was asked to audition for a band after a band member heard me singing karaoke on a night out. I got the job and went on to work with a number of bands on the cabaret circuit and then moved onto working with original bands in more recent years.

During this period of performing, I developed a love of song writing. I had always written lyrics and had lots of ideas but didn’t feel confident enough to share them. I talked about this with a friend and fellow songwriter who encouraged me to do something with my work and thanks to him I began to record my own music.

I found that my songs didn’t really fit into one genre as I would write whatever I was feeling and there was never one musical style that they all fit into. However there is definitely pop and country in there. I was always really influenced by the 80’s music scene and have so many musical loves from that time including George Michael, Alison Moyet, Madonna just to to name a few but the list is endless. I think there are elements of this in my music too. I like to story tell so hopefully there’s a story and a message in everything I write.

I draw on a lot of my own personal experiences when writing as I feel this helps people to relate to the stories and the songs. There’s no substitute for life experience and I think this comes across in my music and helps people to connect to me.

My first single “Breathe” was released on the 24th July, 2017 and has been hugely successful. I was astounded that it had been downloaded and streamed in over 60 countries. I think this just demonstrates the power of the internet and social media. As  through these mediums I have gained thousands of followers and I’ve had airplay all over the world. Pretty astounding for a girl who thought she’d never turn her dreams into reality.My second track is entitled “Blindsided” and was released on the 20th November 2017. Again, I have had so much exposure for this song, so much love and support from the indie radio community. This track has achieved even greater success than the first. Hopefully, with each new song there will be a higher level of success until I eventually get played on commercial radio too.

I am currently working on an album which I hope to have finished for the back end of this year but I will release another single from it in June to keep the momentum going.

I have some PR representation which has enabled me to reach a wider audience including being featured in the December issue of DNA magazine, being interviewed for local and online radio stations and developing an army of fans around the world. The brand is building slowly but surely.I’m currently balancing work and home and the music and doing a lot of plate spinning but I’m spending as much time as I can in the studio, writing and recording and working on the album which I really cant wait to share with everyone.

Breathe– Is about an unexpected relationship breakdown and the pain that it causes. It was written about someone I know who was going though a difficult time and really struggled to come to terms with the loss. It was like a bereavement to her because she had invested so much of herself into the relationship and had lost her identity in the relationship by putting him before everything else. Its also a journey through the recovery process and a reminder that things get better over time. We have all had our hearts broken so I’m sure this resonates with many.

Blindsided– Is a happier story. Looking at finding love in unexpected places. I know some couples who have known each other for years but love didn’t blossom straight away for them.  It was a work in progress, a friendship that developed into something real and heartfelt over time. You never know Mr or Miss Right may be under your nose right now.

There are so many people who have been influential in my music. I have always loved amazing voices. When I was a child my Mum used to listen to the Carpenters, and Barbara Streisand and I learned the words to every song. My Dad loved the Eagles and I listened to the Hotel California album over and over, learning the words and the harmonies. I love to hear harmonies in songs, that beautiful blend of voices that give a song an ethereal feel almost, gives me goosebumps lol.
As songwriters we all have different processes. For me it can happen in two ways, I either get a tune in my head and record the vocal melody on my voice recorder so I can preserve it and work on it later. Or I get a lyric line in my head and then off I go and the words just seem to flow. Once I have the basics I get some simple chord structures down, usually on guitar which I am a novice at and then go into the studio with my producer to work on ideas and create the songs. I love this process, its time consuming but exciting and satisfying at the same time. Once you have a finished mix and mastered the song the feeling of accomplishment is huge.
I live in Yorkshire in the UK and I sadly spend a lot of my time at work as that’s what pays the bills and funds my musical journey. Otherwise, I’m writing, recording or spending time with the people I love. Family and friends are hugely important to me and give me the most amazing support. I am truly blessed.

Sometimes you have to stop being scared and just go for it. Either it will work or it won’t. That’s Life!!

That’s just two of the huge list of quotes I love. I love anything meaningful and inspirational.

This last months main focus has been working on the single. I have so little free time that I really need to plan and organize effectively. Otherwise, things just wouldn’t get done I need to get all my ducks in a row so that the release goes smoothly. I have also booked the photo shoot for the next single and album covers which I’m excited about so lots to look forward to but lots of work to do too.

Three things I have learned this past year:

1. You can’t rush a good thing- thinking you can turn out good songs in a really short time scale is really unrealistic. If I want results and want to love the songs when they are complete then patience is a great virtue.

2. You can’t under estimate the power of social media- since really getting on with online promotion I have seen a huge up turn in the number of downloads, streams and followers. Social Media is a massive resource and I will continue to learn more about it so I can continue with as much unashamed self promotion as possible.

3. You’re never too old- I questioned whether I was leaving my music career too late and that my songs wouldn’t be well received or taken seriously because I wasn’t a 22 year old pop princess but I was so wrong. The support I have received has been amazing and has really proved that age really is nothing but a number.

I’m super excited about the next single. Its quite different to my last two, much more of a summer dance track so watch this space. In addition to that there’s the album, which is coming out later in the year and I’m so going to have a launch party, DJ, band, support act, merchandise, the works.

And of course the songwriting will continue, its therapy for me so I always look forward to that.