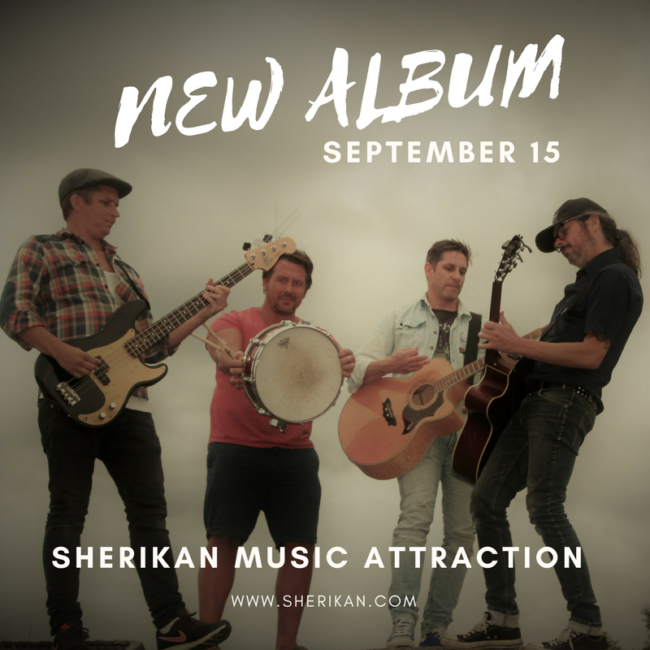 The ABBA-guitarist Janne Schaffer is featured on the album and is expected to participate on stage at today’s release party.

Our focus for this album was to produce likeable songs and lyrics to be hooked up on with straight forward melodies influenced from the pop/rock/folk/country era of the 60’s and 70’s. We have shaped our second album with our fans in mind mixing the kind of Sherikan energy they have loved from us in the past.

Join us for the Jam live stream:
https://www.facebook.com/SherikanMusicAttraction 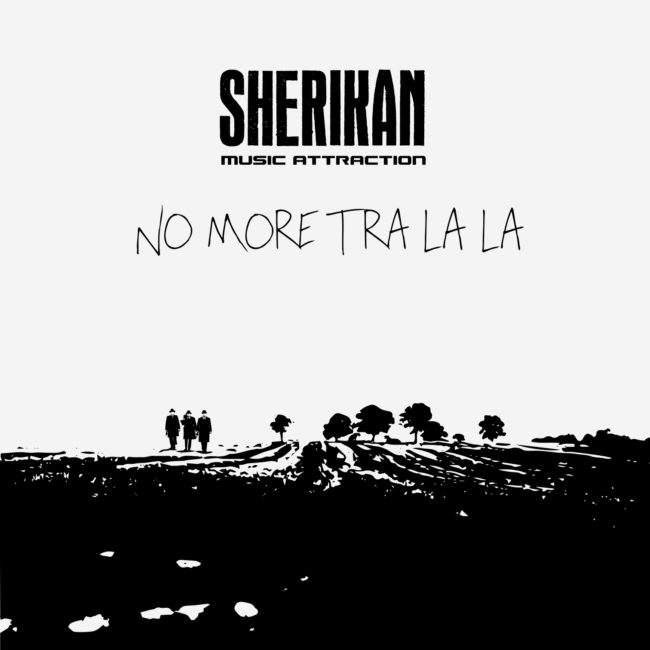 Sherikan Music Attraction is…
a creative, independent and international rock band. Sherikan makes melodies and lyrics with content that matters – inspired from country, folk and pop. Sherikan believes that good songs communicate a story, share experience and encourage reflection. Good songs are easy to remember and easy to relate to.

We started as a coincidence of creativity and friendly cooperation between Niklas and Bjorn in the spring of 2014.

The first single Paradox Liar was released in November 2014 and two other songs, Queen of Everything and Cosa Nostra competed in the Swedish edition of the Eurovision Song Contest that same fall.

These three songs formed the foundation for starting up a band.

The album Queen of Everything was released in July 2015 and also introduced in Swedish Radio.

The release of this album was the starting point for a very fruitful cooperation with the radio host and Indie Music star promotor Jacqueline Jax in the US.

A few days later the band held a memorable Release Party for the new album at the classic scene Pustervik in Gothenburg. Jacqueline Jax introduced the band over Live Periscope. The band then played for more than 200 people in the event and broadcasted the show through two parallel live streams to a global community invited via Periscope, Facebook and Twitter.

The first video Queen of Everything was released in February 2016, filmed and directed by Ronjoy Gogoi. More than 5,000 views were reported over the first month.

In May 2017 the band released its own music Magazine – Sherikan Music Magazine, including the unique cartoon ‘Sherikan goes to the Jungle’. 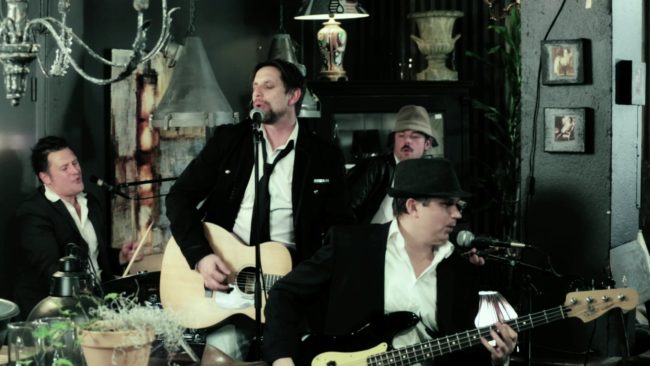