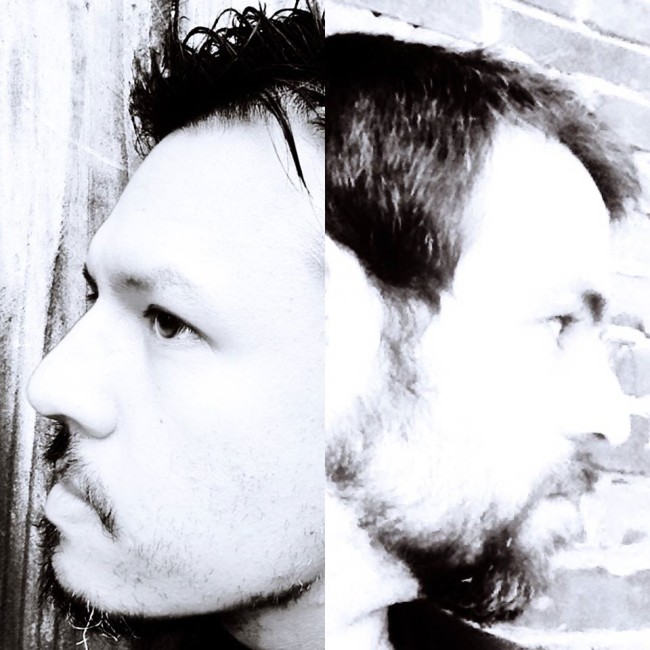 “Making great music is a reward in and of itself.” @sallysparrow41

Starting Young…
Clive and I each got our start in music pretty young. I’ve been playing music in some capacity for around 20 years or so in different bands and projects and Clive got his start in the Atlanta industrial music scene. I was more in the new school punk and ska scene in Los Angeles in the late 90’s early 2000’s. Sally Sparrow & the Old 41 really begin via text message. I connected with Clive through his wife that worked with me in a special education classroom (I’ve been a special education teacher for 12 years). He found out that I played music so he lent me some recording software and when I got his number to ask him some questions we started reminiscing about our old music days shared some things we were working on. Soon after that we were collaborating on songs and we put out our first single in April of this year. Since then we have been sending files back and forth via email and Dropbox. He uses Logic and I use Garageband and somehow we make it all work. We meet up every now and them for vocal sessions or mixing.

Success…
As a musician or in life in general? I think ultimately being fulfilled in your work. Making great music is a reward in and of itself…but of course it is nice for people to hear and appreciate it. I don’t think Clive or I have any delusions about us being “rich and famous”. We both know that isn’t what makes you happy.

Close to the sun…
is an example of how a song can really write itself. I had the lyric “stand too close to the sun and you’ll get burned boy…” in my head all day and when I finally sat down with the guitar is all just came out. I got the idea from the story of Icarus and how because of his own pride flew too close to the sun and his wings melted despite the warning from his father Daedalus. I related to this because sometimes I can let my own pride get in the way of knowing what the right thing to do is. So really it is like a warning to me from a older and wiser version of myself. The only really funny thing that happened with this song was when were submitted it for a review on ReverbNation and how people either really loved my voice and really hated it. Since Clive and I had just started working together…I had to admit that this has been the reaction to my singing since I started playing in bands at 16. I told him too bad…he was stuck with it.

Atlanta…
We both live in the Atlanta Metro area. Honestly…we are both far removed from any scene in the Atlanta area. We are both married with kids so it is hard to go to as many shows as we once did. My wife and I recently went to the Shakey Knees Festival in Atlanta. That was fantastic. I have always been a huge Wilco fan and I finally was able to see them live. I can check that off my bucket list. As a bonus…I got to see Built to Spill which is another one of my indie rock hero bands. Mostly…I tend to my garden, frequent farmers markets and cook.

Social Media is something that I am used to…
I have another passion other than music. I have a website called Think Inclusive where I and other educators along with parents of children with disabilities and disabled adults blog about inclusion. Basically trying to promote a more accepting world for people with disabilities in general but more specifically in schools. I started dabbling in social media in 2012. So creating a website, twitter and facebook seemed very natural to me. I think it is all in how you use it. It is harder with the music project since we are first starting out and the fact that we haven’t played a gig yet is also a factor.

Music Trends…
I think they come into our art at a very minimal level. We mostly just make music that we would like to listen to. It has been helpful to have such a good musical collaborator. We often think about the songs the same way so that keeps us on track. There is a lot of new music (especially in the pop world) that sounds the same. I think our goal is figure out what the songs wants to sound like and then give it our own personality. I thinki that is why we are trying to make music that doesn’t take itself too seriously.

What’s ahead for you…
Next is completing the album. We are working on a kickstarter campaign that would help us finish the album and then donate the profits to a couple of non-profit organization that help autistic individuals. Clive’s son has Autism Spectrum Disorder and I have worked with autistic students in my job for the last 12 years. It is something that is both near and dear to our hearts. Apart from that…just make good music.