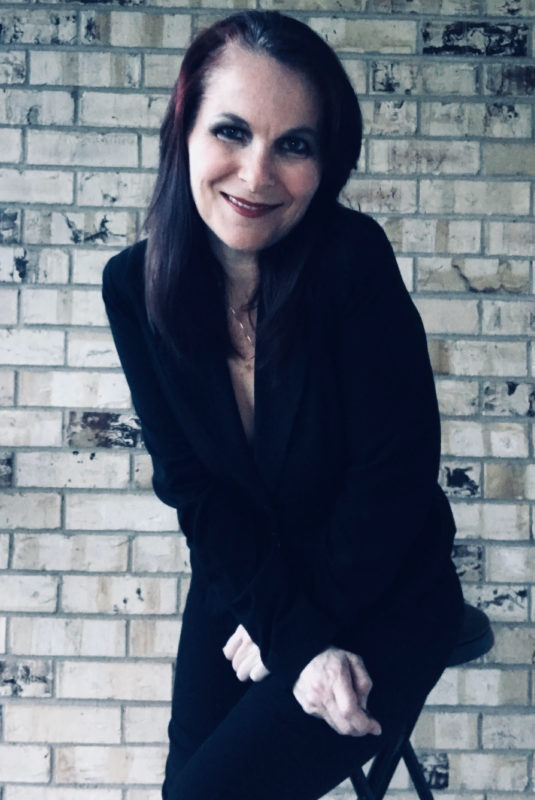 My song creation process has changed since the phenomenal Glauco Wander Beall came into my musical life! I used to write my lyrics first, and then get on the computer and create a musical track for it, and then try to record the lyrics to it. But, there was no organization, and it was not an easy task. My poor mom had to listen to many drafts lol. (She is my vocal coach and music critic.)

Interview by Jacqueline Jax
host of A.V.A Live Radio
Band Name: Pixy Muse, but would like to mention my new partner Glauco Wander Beall, who is responsible for creating the music.
Person Interviewing: Pixy Muse
I am a 47-year-old mom turned Indie recording artist known for my unique style and different sound, yet I have been compared to some greats like Belinda Carlisle, Adele, Lana Del Rey, and the late great Laura Nero. I had wanted to be a singer ever since I was 17 when I had an opportunity to record, but it fell through. It wasn’t until 2004 and many years later that I had the opportunity to record my first album, but it was only distributed as gifts for the family. In 2015, I picked up singing again on a karaoke app called Sing! by Smule where I developed an appetite for music once again and began writing songs. In February 2016, I released my first song Chasing Rainbows, and since then I have released 15 songs, three of which are collaborations with other artists.

I am also a cover artist and on Sing! by Smule, and I am a verified artist on Spotlite, which are karaoke apps. I also have a YouTube channel, www.youtube.com/c/pixymuse.

I must mention my two wonderful kids, Hannah and Riley. Hannah is 15 and is on her JROTC drill team at Tioga Junior High, at which she is very good, and she also is an outstanding picture artist; she can look at something on the internet, and her drawing looks just like it. My son Riley is 11, and is my mini me. He looks just like me, and has my personality (ha!), and he is very talented, also. He has been accepted into the gifted and talented program here for his piano playing; Beethoven is his idol.

Song name: Mustang Gurl featuring Glauco Wander Beall
Music Genre:: 80’s rock, pop
Mustang Gurl reflects how I felt about my life some years ago. Although I did not work 9-5 at a job, or need to have two jobs while being a single mom, I was a stay-at-home mom that had to deal with being a wife and mother 24/7 and many times I felt like the girl in the song… cooped up and couldn’t breathe, and just needed to escape for a little while, but did not have the luxury, so she was only able to escape in her dreams at night, hopping into her convertible Mustang, top down, and just driving away and feeling so free. She loved her life, but felt so claustrophobic at times, and just needed to get away for some “me” time.

After I sang this song, it made me think about the 80’s song by Donna Summer, “She Works Hard for the Money,” which is about a single mom who works hard and then comes home to deal with screaming kids and a messy house. There is a scene in the video where she looks at an old picture of her in a dancer’s outfit, and longs to be back in those days or at least be able to dance and feel carefree for just a little while. In the middle of the video it shows all these hard working women gathering in the street and dancing and feeling so free.

Well the girl in my song feels the same way about wanting to escape from her reality for just a bit, but instead of dancing she hops in her mustang, top down, and just drives away. Granted, it is only in her dreams, and not in real life, but even a dream can feel real at times. 😊Now, on a different note, I am truly a Mustang girl lol The album cover to this song is actually a picture of me in my 90 LX Mustang Convertible! I hope to have a Shelby one day! 😉

Link to play:: https://soundcloud.com/pixymusemusic/mustang-gurl
The most influential in my music… Where most people would give you names of artists who helped influence their music, I have no artists to name. The most influential person for me has to be my mom. She has been singing her whole life, well since she was a kid, anyway. She is a music major who taught music in school after her time in the military, so she knows music theory and everything there is to know about putting together a song lol! Granted her critiquing is hard to swallow at times, but I know she is only trying to help me improve. But, she has been with me since the day I released my first song Chasing Rainbows in February 2016, and if you listen to the old songs compared to the new songs I have released, you can tell a big difference in my vocals. And it’s all because I listened to my mom. Thanks mom!😊

Actually, my song creation process has changed since the phenomenal Glauco Wander Beall came into my musical life! I used to write my lyrics first, and then get on the computer and create a musical track for it, and then try to record the lyrics to it. But, there was no organization, and it was not an easy task. My poor mom had to listen to many drafts lol. (She is my vocal coach and music critic.)

Now, the process is completely different; I “dissect” the music track once Glauco sends it to me. You are probably thinking about anatomy right about now ha! But, you can dissect a song. I dissect it into parts ie: the chorus, the verses, the bridge, the ending. Once I have figured out all of the parts, I count each section by beats. So, take the chorus on Mustang Gurl. It has about 32 beats. Glauco provides the vocal line for me, so as I listen to where the chorus goes I jot down a mark for each vocal beat, if that makes sense lol. Once I have all the marks down for the chorus section, I write my lyrics for it. I always begin writing a song with the chorus, and then the bridge, and then the verses. I write the chorus lyrics first because it gives my song a sense of “direction.” But, I do that type of “dissection” for each section until I have a complete song. I record it in Majix Music Maker. Once a first draft is recorded, I send it to my mom for critiquing. By the way, my mom is Ellen Williams. Hi mom! lol
I live in Alexandria, Louisiana, which is not the best place for a musician in Louisiana, and I’m about 3.5 hours away from New Orleans, which is where music originated in Louisiana.

My time is split four ways…

1. My real job which is administrative assistant to the owner of Southern Bus Sales, Inc here in Alexandria; I am responsible for keeping up our website, secretarial duties, graphics, warehouse and shipping, and I have had one more added recently which is product photographer.

3. I spend most of my free time working on my music, whether it be creating a new song for release, or self-marketing, or keeping fans/followers updated. I’m always working on something musically in my free time.

4. Last, but not least, is a new occurrence in my life; I have just gotten into a relationship (that totally caught me by surprise ha!), but the other part of my free time is spent with him. Hi Paul! lol

My success quote comes with a story. My now ex-father in law used to give me pep talks all the time, and when I was angry with someone he would always tell me these words, and they have become the most important words in my life since then. He would say, “Kill ‘em with kindness, just kill ‘em with kindness. You will leave them so stunned they won’t know what to say.” He would chuckle, and then say. “That pisses them off more than anything,” and we would both chuckle together.

But those four words have had the most influence on my life. I don’t base my success on myself as a musician, but on myself as a human being. So, whenever I am angry at someone because of their actions towards me, I just remember those four words, and then my mood changes, and I find myself chuckling and the anger is gone.
I haven’t really focused on just one thing this past month; I have got so many irons in the fire. But, one that comes to mind first is the new direction of my music. I really didn’t decide on this new direction; my partner Glauco Wander Beall just kind of steered me in the new direction ha! By him providing me with all of his phenomenal, yet challenging musical compositions, it actually pushed me into this new direction, but I am so grateful he did. I have improved immensely since my first 11 songs, and I know I will only improve more by the time I reach my long term goal, which is releasing my full length pop genre album by summer 2019.

3 things I have learned this past year:

1. That it is okay if I don’t meet my own deadline for my music.

2. To just breathe and go with the flow

3. That it is okay to take risks where Indie music is concerned.

I am looking forward to working more with my new partner Glauco Wander Beall and seeing where this new direction with my music is going to take me. I always anticipate what the next track will be that he sends me. Whether or not I will have to bring out the rocker in me or the techno in me lol! It’s exciting not knowing what it is till he has created it; it gets my creative juices flowing and it doesn’t take long before a complete song is born. 😉

I am also looking forward to producing my 11-year-old son’s first classical cover EP and letting the whole world know how talented he is.