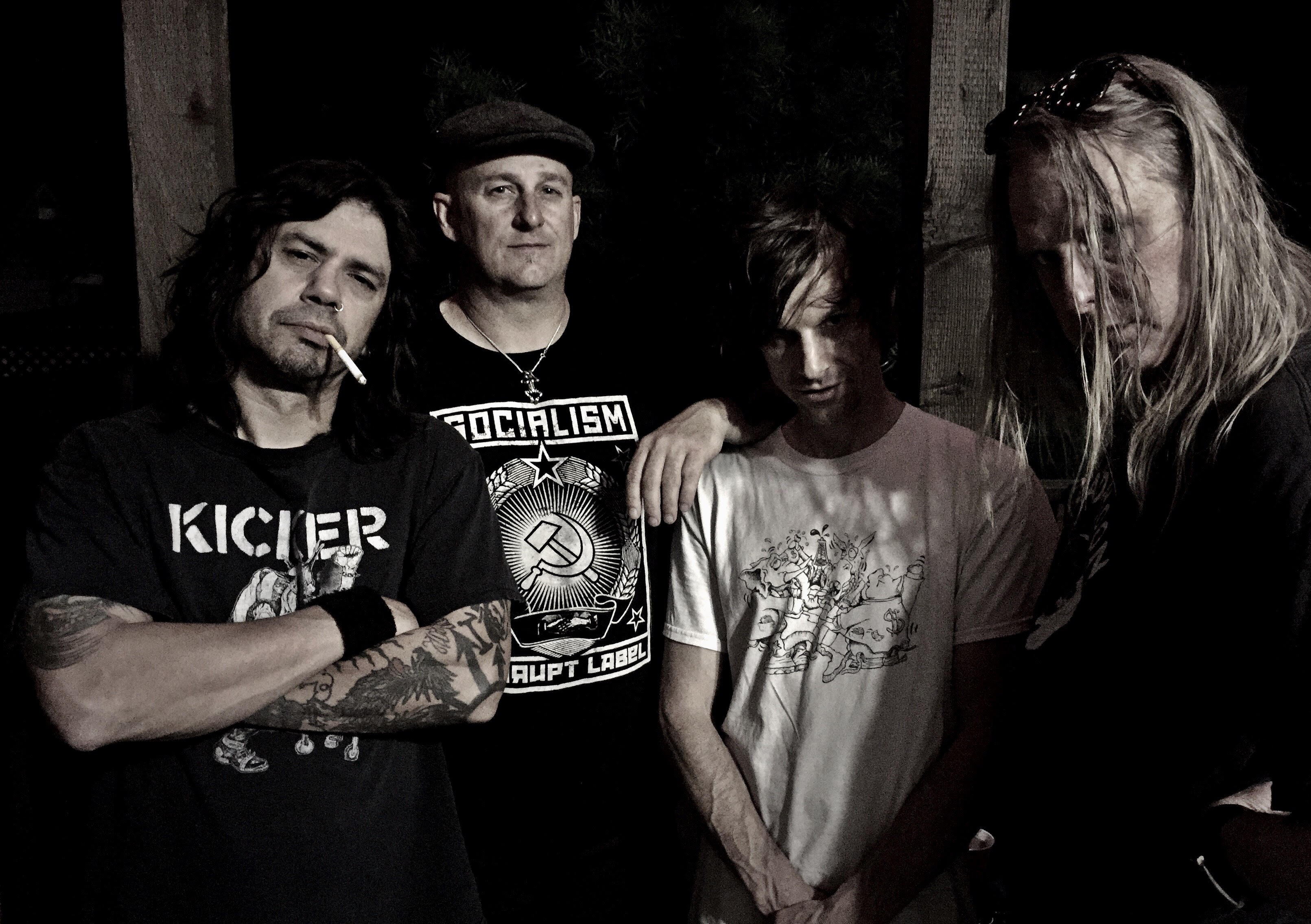 Building your dream team and shopping labels as an indie band is tough. There’s a ton of work involved. We each try to contribute our part to get the job done.

How do you stay focused and balance creating with life.
I have been fortunate saving money and selling a property to basically work for myself on fishing gear patents, fishing Pro Bass tournaments and spending tons of time writing several dozen songs over the last 3 years. Some stress relief comes from long walks, exercise and locking myself in my studio for as long as it takes. My sleep has suffered over the last several years. When nightmares or dreams wake me its often with pen in hand or my acoustic by my bed.

Building your dream team and shopping labels as an indie band is tough. There’s a ton of work involved. We each try to contribute our part to get the job done. Today a band has to not only hit the local music scene really hard, you have to market on social media as well. That can be a full time job in itself. Having the right focus and strategy is so important and can make all the difference.

What piece of music advice forever changed your way of thinking?
You’ll never attain the level of success you’re shooting for depending on friends, old followings or former band mates to support you and fill your shows.  I’ve learned this the hard way so I kind of isolated myself  from inviting them and more letting them wander out to see what the new project is all about.

You must take the time to go out and connect with people through music. Don’t try to make your super fans from your friends and family, concentrate on getting new people into your fan base from all over the world.

I live in…
the Oakland / Alameda are or East Bay right across the bridge from San Francisco. The music scene is very diverse, eclectic, thriving but short on venues and can be tough to bring big crowds with so many shows happening on any given night. Home to many giants in music.

This song is about…
Northern Lies is about a transition. Leaving a tumultuous relationship with someone from Sweden and living between the two countries and finding out things are what they seemed. Dealing with the roller-coaster ride of having a partner with a severe personality disorder.

Choosing love and commitment the first few years and that challenge of trying to believe in someone so broken; after years of hope, suicide threats lies and deceit; acceptance of having to give up and finally having to get away.

Starting to write for this project on one of the final trips of trying to repair something that had damaged my life greatly, I found myself Mere hours away from a lifelong dream of getting to see the actual Northern Lights in the skies of Northern Sweden; the heightened emotions of frequent International Travels between the US and Sweden and through Denmark and Norway stopping to see friends was coming to an end.

Realizing the true colors; lies & betrayal and having to create your own lights to find hope while flying home broken yourself, to start over; I was stranded at the airport writing lyrics and not wanting the reality to be true but it was inevitable and I channeled this through my music at the time.

My music is…
A celebration of all the great music that impacted me growing up; a sort of tribute and extension of music that survived me through my highs highs and lows in life.

Northern Lies is a foundation song…
a change in writing styles from mostly punk, to rock and roll; a modern twist and homage to the music I grew up listening too but never got to play.

Creating..
I create mostly traveling or on sleepless nights. I get on a roll and can’t stop. Derived mostly from painful situations, I take life lessons and use a different attack on every song. It used to be writing lyrics around a hook or riff. Now I often have a story I translate to words and hum riffs behind the lyrics. Out comes the guitar.

Sometimes I collaborate lyrics with my partner Charmagne, who also studied journalism in school and writes. I free myself from outside influences. I started a home studio in 2014 and began recording demos of songs we recorded with Tad Doyle and Jack Endino, tracking some with Robert Preston in San Francisco as well.

I have tons of gear; a whole band set up, about 6 guitar amps, including a 79 Vintage Marshall JMP head, a few Gibson Les Pauls, a Gretsch Hollow body, drums sets and record at home with Presonus Studio Pro 2 mostly. I did invest in a dozen recording mikes including a Rode NTK tube vocal mic which was used on this album.