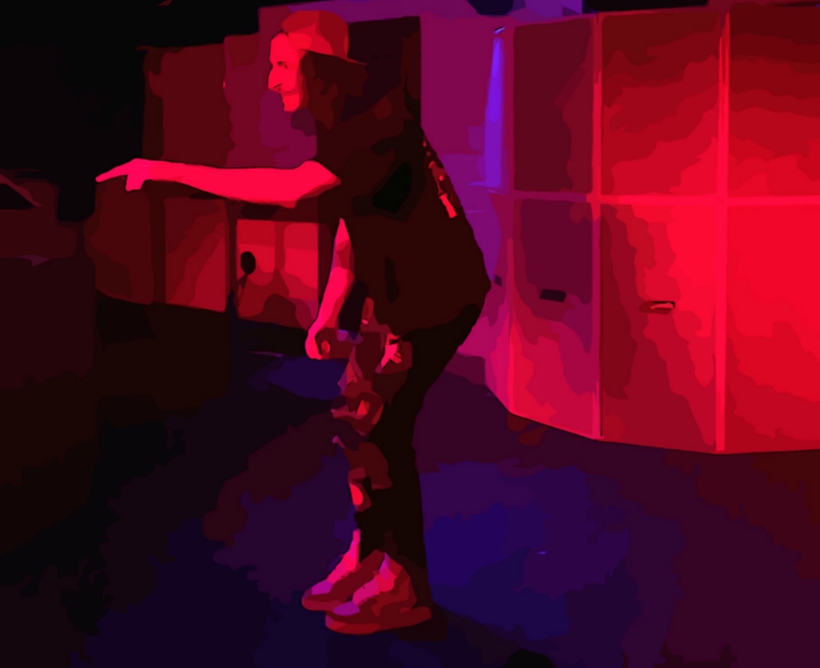 I think that more people having the ability and opportunity to make music is a beautiful thing.
However, it does make the competition a lot bigger and tougher. So labels and places would be receiving many more submissions than they would’ve 30 or so years ago @adotldotmusic

GETTING TO KNOW Al (stylized as A.L.)
by Jacqueline Jax host of A.V.A Live Radio

I think that more people having the ability and opportunity to make music is a beautiful thing.
However, it does make the competition a lot bigger and tougher. So labels and places would be receiving many more submissions than they would’ve 30 or so years ago. And in saying that, you can make it as an independent artist, which would’ve been damn near impossible back then, because the only way you’d get your music heard was on the radio. Or when MTV came out. But with the internet, anything can happen. But I think the old saying of ‘it’s not what you know, it’s who you know’ is still as relevant as it ever was.

I honestly can’t decide on one.
The list is practically endless, and it’ll sound selfish, but I’d need a lot more than 5 minutes! And I know that’s not how life goes, and at times like that, you don’t always remember all the things you want to say (at least that’s how it is for me!). So leave this question out please, haha!

I wrote and recorded a song called ‘Sky’ fairly recently.
The beat samples Avicii’s song ‘Levels’. I took the main riff of the song and cut it and chopped it a few different ways and made a different melody and groove out of it. Since the original song is called ‘Levels’ I wanted to keep some sort of connection to the title. I thought of the “Level” as being literal. So initially I thought it could be ‘Last Level’ or ‘Rooftops’ or something. Firstly, to connect to the initial title, and secondly, to play on moving upward/forward. So I thought; if the last level is the roof, what is next? The sky? Well alrighty then, I’ll call it ‘Sky’. I could’ve taken it off the planet and called it something ridiculous like ‘Edge of the Universe’, and like most things I do, clearly it was already getting well out of hand. But ‘Sky’ sounded cool and open-ended so I was happy with it.

I listen to mostly punk rock and rock ‘n’ roll,
so I don’t really deliver my vocals like a ‘rapper’. Because I’m used to mostly writing songs on guitar, my ‘flow’ and lyrical structures and things come from that type of background, even though I listen to a variety of hip-hop as well. This is also why I love making hip-hop, because I come at it from a totally different perspective – even though I listen to hip-hop, it is pretty clear I spend a lot of time listening to other genres. And that’s also why there is a ripping guitar solo for the outro to the song. My younger brother actually played that solo. I enjoy fusing those styles together. The drums are programmed, and so is the bass and the synth, and then this killer guitar solo comes in. I’ve done it for a few tracks and will definitely continue to do it because I love how it sounds, and is another thing that really sets, even just the music, apart from most other stuff within the genre.

The lyrics are mostly fun wordplay, lines like: ‘even in songs hardly allow rest’–
that’s a play on rests in music. ‘tempo dropping like degrees in wintertime’ I used because the song actually drops in tempo (by about 18 bpm or so). My favorite line is ‘going insane/in sane and coming out crazy’ – because that is good representation of some of life’s situations.

I’m not currently working on an album,
I wanted to initially just put a few songs up. I’ve got plenty of ideas for an album, and will definitely go down that alley. But in the meantime, I’m just going to see how things go with the handful of songs I’ve put up, and see what may come of it.

I live in Brisbane, Australia.
The music scene is a bit all over the place. There’s some cool venues around, and you can catch some cool acts every now and then. However, a lot of the bars tend to have live music throughout the week more so than on the weekend. There’s venues that have jazz and stuff on Tuesdays and Wednesdays, but then a DJ playing dance music on Fridays and Saturdays. So you end up having 80% of the places playing the same kind of music on the weekends. But it’s a pretty small city anyway, on a world scale. Even Sydney and Melbourne (the 2 biggest cities in the country) only have around 5 million people.

There’s only about 2.2 million people in Brisbane.
Australia has about 24 million people altogether. California alone has nearly 40 million people. The U.S. has 50 states. Australia has 7. And 90% of Australia is uninhabitable! Although I’m only comparing 2 countries, it just shows you how different it is. The layout and everything is just way different. And I’m by no means saying any of this is bad, just showing how…it really is quite different ‘down under’.