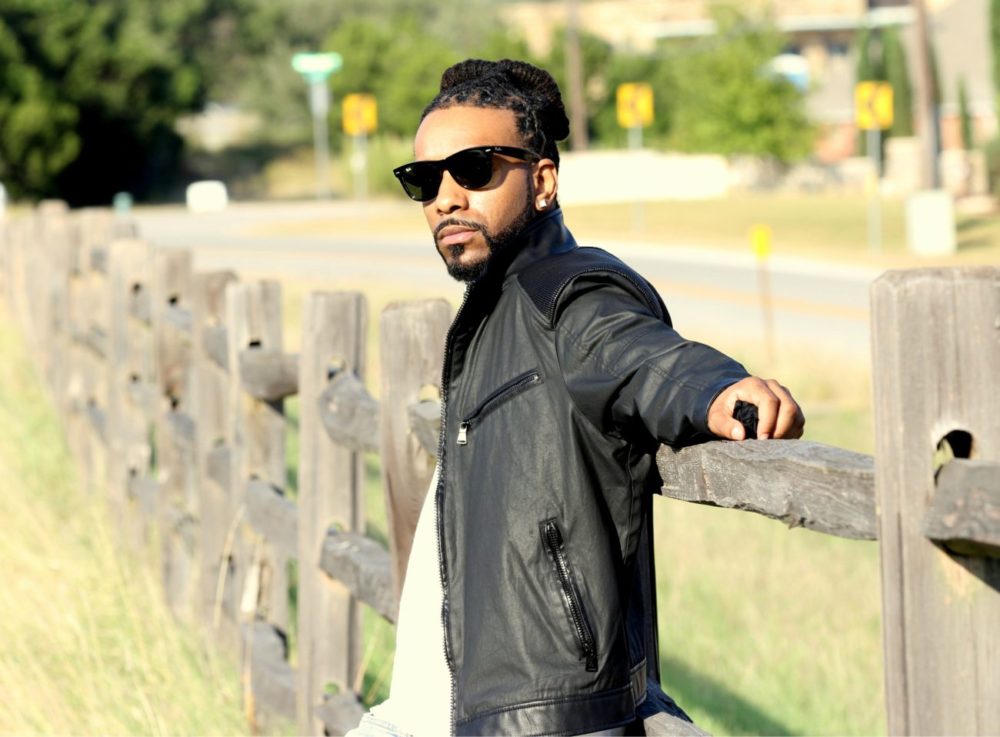 I mean, I feel great about the music business, because I’m into the music scene as an artist and a fan. As far as the business side of it though, I’m not too familiar with it; that’s what I have my team for-they help me stay on track and I’m learning more as I go along on this music journey @dru_do

GETTING TO KNOW ANDREW YATES
by Jacqueline Jax host of A.V.A Live Radio

I mean, I feel great about the music business,
because I’m into the music scene as an artist and a fan. As far as the business side of it though, I’m not too familiar with it; that’s what I have my team for-they help me stay on track and I’m learning more as I go along on this music journey. I know things have changed – the way we get our music and hear our music today is totally different from how it was even just 10 years ago. Like, 10 years ago, you were really only hearing from the Artists that had a message in their songs. People listened. Now a days, it’s all about the beat…can you dance to it? Can people create a dance to go to your track? Honestly, I find it funny how a lot of people be saying shit in their rhymes, but don’t nobody know what they be sayin’ though! (Dru laughing) But you can dance to it so it’s cool though??! I’m just getting my feet wet in this industry, so I’ve got to accept that every artist style is different-not everybody is going to vibe to what I’m saying or my style. But, now a days it’s all about the “TURN UP” which is cool I guess – but it all sounds the same to me. Like, that’s not the vision I have for my music-I’m not hatin’ on nobody’s style, it’s just not my style or my preference.

It would have to be Quincy Mutha Fuckin’ Jones! And I say that with all due respect!
I mean, from Ray Charles to Michal Jackson-two legends that completely changed the sense of music – timeless music. Quincy had his hand in that-his influences-that’s his work as well as the artists’ work. He played a part in all of that. I would love to sit down with him and pick his brain. If you’re in music and you don’t know who Quincy Jones is, there’s a problem. You’re disconnected. If you’re in the music game, you’ve got to know who Quincy Jones is! I just want to ask him what gave him his passion for music-what was the driving force that pushed him to become one of the biggest legends that the music industry has ever seen or will ever see. I want to know what motivated him to keep going – because I know it had to be hard. Quincy Jones worked with different artist from all kinds of genres and helped them to become the successes that they were or are today. He saw that “it” factor in all of them. I’ve seen greatness in regards to creating music-and I know Quincy Jones influence had a lot to do with that. I honestly believe that if I got the chance to have 5 minutes alone with Mr. Jones, that he would see greatness in me too.

It’s simply me…like in my own zone, right,
but, at the same time peepin’ how everybody is reacting to me, or the lack of them reacting to me, you know what I’m sayin’? For example, people I consider friends, who if I don’t see them, I don’t hear from them….they are like distant relatives to me at this point…I only hear from these types of people when I’m making moves or being “brought up” when someone else is on the phone with me or discussing me-you feel me?-That’s when they want to ask about me, like they give a shit about my well-being-but it’s really out of sight out of mind kind of shit. So, if someone I deal with is asked about me by one of these types of characters, I just want them to keep it simple…just tell them that I’m doing FINE! Don’t go into detail,. There’s no need to explain nothin’, you know what I mean?! Don’t try to speak on me now that you hear about me doing good or making these music moves.

So, yeah, definitely a back story; it’s about a friend
that I considered close to me as we grew up, they were like family. But just as time changes all things, people change too. So, in this case, it was my right hand, my dude, shit I considered him to be a brother. I mean, I’m not going to speak on his name, but at one point we were rocking tough. Then one day-everything shifted and not on my part…the nigga just changed up on me, if that makes sense? Only when I’m speaking to people that like I said I communicate with or keep in contact with me and they’re around this particular person that I used to rock with, it’s only then that they ask about me like “What’s up with Dru? How’s that nigga doing? Like they’re inquiring and shit! So basically, I got to be real at the end of the day. There’s no love lost, but you ain’t got to ask the next nigga how I’m doing, you feel me? Just know I’m doing fine and you ain’t even much got to worry about it. But on top of that, I also want to emphasize, that I’ve been doing this music, I’m going to continue doing this music, and I’m going to put the City of Junction on for it. So, this is really just a direct reflection of who I am and what I do.

You can expect my music to be 100% different,
because it’s 100% me and I ain’t trying to be like nobody else. What I’m doing is telling stories about me and my life-things that I’ve personally endured or things that I’ve seen people close to me go through that impacted my life-I felt their pain-their excitement-whatever it was, I felt it. Their story became a part of me. Usually now-a-days people have these songs that they want to make you snap your fingers to and make you dance to and shit-That’s cool, but I want to paint pictures with my tracks-and it’s cool if sometimes those pictures will make you dance and snap your fingers, you know what I mean?! (Dru laughing) So, like any complete project, there is going to be a beginning, a middle and an end. In this case, the Cover Letter is the beginning. This is my first solo album-an introduction to me, Dru Yates. I’ve got so much music written, and I want the world to hear what I have to say without giving it all away at one time. There’s no gimmicks though. For those that know me-already know-and for those that don’t know me yet, they’ll know soon enough. As an Artist I’m versatile. I don’t do the same two steps through every track. I’m not trying to blend or be like the next guy. I’m just trying to share my stories-my life with the world…and hopefully, they vibe with me!

I currently live in the great State of Texas in ATX,
also known as Austin Texas, but I claim Kansas as my stomping grounds because that’s where I grew as an artist and a man. The music vibe out here in Austin is cool though-the only thing is that it’s more catered to live “bands” – more like country music to be honest. If you’re a country band in Texas, then you’re pretty much guaranteed a spot to perform. But, if you’re a Hip Hop artist like myself, then usually it’s a little more difficult to get a spot to perform. Unless you have a large following or some type of celebrity status, a lot of these spots are going to turn you away. A lot of rap is a bunch of cursing and talking about drugs and killing this and killing that- you know Hood music, trap music-or whatever they call it. These places around here ain’t really feeling that type of vibe. I mean, that’s Austin in a nutshell-there’s a bunch of music here, but it’s definitely hard for an independent Hip Hop artist to be allotted the opportunity to make real moves and perform.

It really just depends on what kind of music you’re into
for one-whatever the mood then there is a spot for that. Me, myself, I don’t really go out and do the party scene too much, because I’ve been solely focused on getting my music project, the Cover Letter completed. But, if and when I do step out, there are two spots I like to check out downtown on 6th street. Clearport and Voodoo are where you’ll find me at. If I’m in Voodoo – I’m solo-I’m drinking-I’m not much of a drinker, but I tend to get a little sloppier then I’d like to admit when I’m there! (Dru laughing) Because usually when I’m there, people are buying my drinks trying to get to know me and who I am – I guess I just give off that type of energy. But most of the people at Voodoo are there to party and have a good time, you know what I mean?! I kind of feel like that’s there’s a persona I need to present when I’m there because it’s a party spot. Clearport is more laid back- like a venue spot-a place to go to check out some live music and a bunch of pretty women that are just trying to vibe and have a few drinks. It’s a dope chill spot for sure. I hear good things about a spot called Madison, so I’m gonna need to add that to my list of places to check out the next time I’m Downtown.