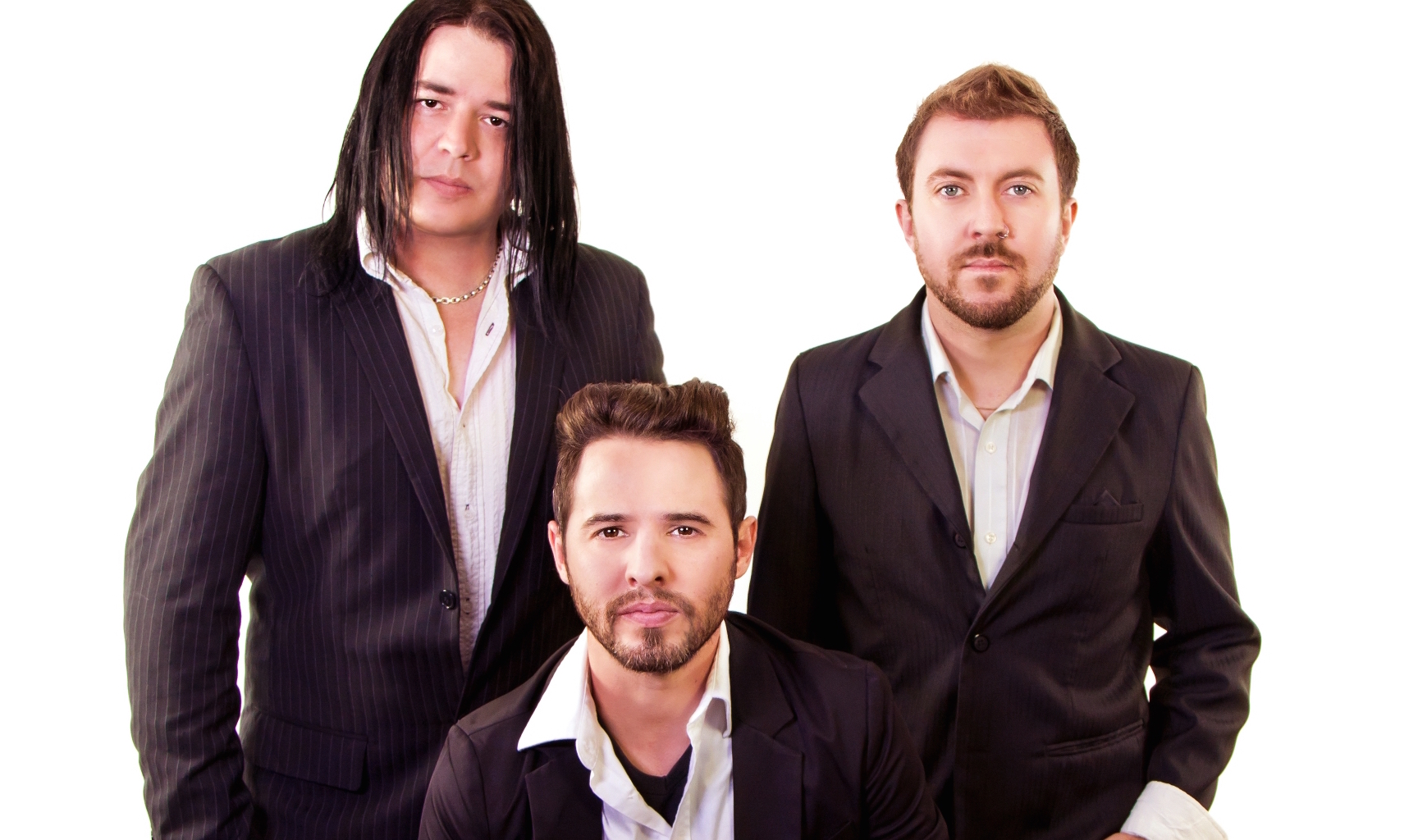 I feel the music business is NOT what many think or dream of.
It’s extremely tough these days and most musicians I know would be considered “hobby musicians” doing it just for the fun. If you are someone that knows how to market yourself well and especially if you can license your catalog, THEN its a business. Many musicians we personally know that are very popular around this country and world are dead broke with nothing to show financially for their works. It sucks…but its also the fault of musicians for selling themselves short and also on the fans for not supporting by buying the art. @cardiacband

Listen to the Live Interview
Episode #343 : A.V.A Live Radio Behind The Music with Jacqueline Jax : http://www.blogtalkradio.com/avaliveradio/2016/07/21/episode-343-ava-live-radio-behind-the-music-with-jacqueline-jax

GETTING TO KNOW CARDIAC
by Jacqueline Jax host of A.V.A Live Radio

I feel the music business is NOT what many think or dream of.
It’s extremely tough these days and most musicians I know would be considered “hobby musicians” doing it just for the fun. If you are someone that knows how to market yourself well and especially if you can license your catalog, THEN its a business. Many musicians we personally know that are very popular around this country and world are dead broke with nothing to show financially for their works. It sucks…but its also the fault of musicians for selling themselves short and also on the fans for not supporting by buying the art. All and all, in the normal cycle, the labels merge or fail, the studios close, the recordings get cheap, convenience comes before quality, the fans don’t buy it, the musicians starve and your left with blah. Its a code many can’t crack. We have found a niche and also do many other things on the side that all play into the same overall goal. Write, Play, and be able to put some money in your pocket. We are DIY. But we have a lot of great connections and people who believe in us and we work our asses off and always try to do something different than the rest of the bands in town are doing. We have our ups and downs but its always worth it in the long run and we are proud of our creations, who we are, what we do, and what we stand for.

There are for sure major ups and downs in the entertainment industry.
Things haven’t been great in the music world for awhile whether you are big or small. You kind of just have to roll with the punches and keep thinking of ways to evolve with the very rapidly ever changing times around us. Keeping a band together is the most important part for success. In LA musicians are a dime a dozen and you see bands switch out members constantly and members in multiple projects. We play in multiples sometimes too. You just have to have a great understanding of who you are working with in the band and outside of it. Its a complete mad house when you get into the brains of artists…and some don’t work well with others…but our team has been together awhile now and thats when we keep moving up and onward…teamwork. 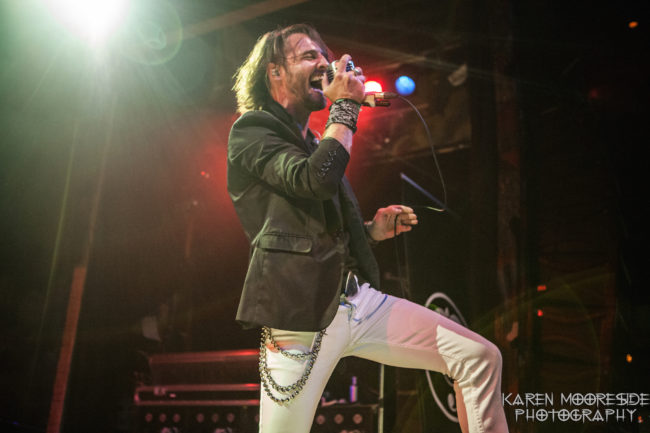 I can go either way with the singles vs album thing.
It all comes do to how you market and push them…PRESALE is the most important these days I think. That first week of sales will probably be the best one for you so its crucial to do it right with whatever you are releasing.

I feel like social media has this appearance of being such a great tool
for communication but its done more to hurt the industry than anything. People numbers on all of the major sites can be bought and faked, people don’t have a want to go out and socialize as much anymore which leads to lower show attendance as well as a more anti social society. I believe its worked in reverse from what it was when social media first kind of started out. Now its just a blast of too much sensory overload that people kind of block one another out at the same time as becoming very narcissistic these days.

I got my start in music at age 16 with my first band,
a punk band called HIGH RISK which performed all over the east coast with bands like Pennywise, Fall Out Boy, and many more. We moved to CA in 2005 when we were talking to Interscope Records and I haven’t left Los Angeles since. I played and toured in tons of bands out in CA including being one of the founding members of Stitched Up Heart and many others. In 2012 I formed Cardiac. A project I started writing for in 2007 that I finally brought to light working on a 20 song rock opera. I met my drummer Don Bish “Dish” while both of us were performing in other bands on the same bill on many shows in Hollywood in the late 2000’s. Dish was a very skilled drummer with an extensive resume playing in bands like The Yardbirds, Pretty Boy Floyd, Bullet Boys, and Kevin Martin of Candlebox. We came together in Cardiac in 2012 and are now gearing up to hit the road together with The Bangles.

Silver Lining
This song was written as part of the 20 song rock opera called “Destroy, Rebuild.” that we will soon be releasing. This concept album is to be performed as a full on theater performance with actors and scenes involved and is a 10 on 10 song story. 10 down and 10 up of a character hitting rock bottom and finding a new love for life. This song is one is one from the second part of the story as the character has come to a realization of self and conquering his internal demons.

I wrote the song in 2012 and began recording it
then with a different group of musicians. We used some of those instrumentals as well as deleting some and adding more to it throughout times in and out of town during our 8 month tour in 2012-2013, finally working on it again recently and finishing it up this year for the album. We also went through a couple studios and producers on this song before being happy with it.

When we toured in the past,
we have had people come up to us afterwards and tell us their own story and personal battles. They seem to hear this stuff and see themselves in the character and relate to it. What Cardiac does, I think, is what many bands did for me in my youth and still do. We are something you can turn on and know someone else has been there and got out and found LIFE again. Depression is a hard thing to deal with and understand. Instead of taking meds or talking to some shrink or doctor you don’t even know, in my case at least, it was music that pulled me out. Its a universal language and a release for many. Thats what we hope to do with our music and fans. Give them something to believe in. Themselves.

We live in Los Angeles, CA.
The music scene is what you make of it here. There is an over saturated market of music out here…some is good…some most wouldn’t like. But it is definitely a place where if you make it here…you can probably make it anywhere else. We’ve lived in other places and toured ALOT in our careers, not just in this band but in many others small and large and internationally. Los Angeles is quickly losing its live music venues in place of entrepreneurs building high rise hotels in their footprints. Its a hard market to play in and get attention as well as even find a good venue with good sound and stage these days. Sad.

In our off time…
we go out a lot and support our friends bands. Dish and I both install sound systems around town for clubs. Its our way of fighting the system thats trying to close them down. We also plan and run events through my company I have with my girlfriend Jessica Serrano called Day Five Entertainment. We are also getting our non profit off the ground called The Keys Of Life Foundation.

This non profit is designed to help build up music programs in schools that have had them taken away due to tax cuts in the state. We are using our endorsements and sponsors to help get free or cheap quality instruments to the schools working with ESP Guitars, Guitar Center, and even NASA is donating their old computers for us to set up recording labs for the kids. All this takes up most our spare time…the other is spent with our girls, and building or remodel projects.

I would love to have five minutes alone with Brian Wilson
of the Beach Boys and just hear him think. He’s been one of my biggest inspirations. My dad raised me on Beach Boys. I’m also a lover of the beach and surfing. I know Brian isn’t really, but their music was about that a bunch so I thought Id say that haha. Brian is one of this world’s modern geniuses and what he did for music is incredible and un-measurable. Its also never going to be duplicated. Id love to know what he thinks of OUR music actually and take advise form him or co-write with him one day.

In this project…
we really don’t put much on image and all that trendy shit. I write the way I hear it and if people don’t get it, they just don’t get it. Many others do and we pride ourselves on the fact that it is DIFFERENT than stuff out there. Its not the norm and even song to song we can go hard and metal to soft and delicate with our ballads. Its definitely a ride. Being current isn’t our focus. Being timeless is more of what we are concentrating on.

Cardiac came together in 2011, and soon after released an 8 song, self titled, EP in March of 2012. The storyline approach to their music videos caught the attention of various media outlets such as Fuse and MTV for their songs “Breathe” and “Fighting Demons.” The group’s first EP marks the beginning of a Rock Opera which will be realized in a 20-song, double album and full theatrical stage performance, highlighting the strengths earned by conquering weakness. From frontman Dave DiSarro’s epic chant “I WILL FIGHT!” in their song “Fighting Demons,” to the whispered “I wish I still knew you” in Rot in Rhode Island, Cardiac has mesmerized audiences at every show. The band spent the next two years performing throughout the United States with three back to back, national tours from 2012 to 2014. Since Cardiac’s debut in 2011 they have been featured on the international event, RawArtists, performed twice at SXSW (South By South West), The Formula 1 Races in Austin, Texas, The Sundance Film Festival in Salt Lake City, Utah, and many other US festivals large and small. Throughout their time together, Cardiac and it’s members have worked passionately alongside organizations such as Music Saves Lives, Canvas Foundation, and To Write Love On Her Arms. They have also raised money for several fire departments, health facilities, and foundations, as well as put together benefit shows for Wounded Warriors, AMVETS, Hurricane Sandy Victims, and many more. The group also has it’s own Non-Profit Organization called The Keys Of Life Foundation which is helping put music education programs back into schools, and has even teamed up with NASA to help donate their out of use computers to those school systems.