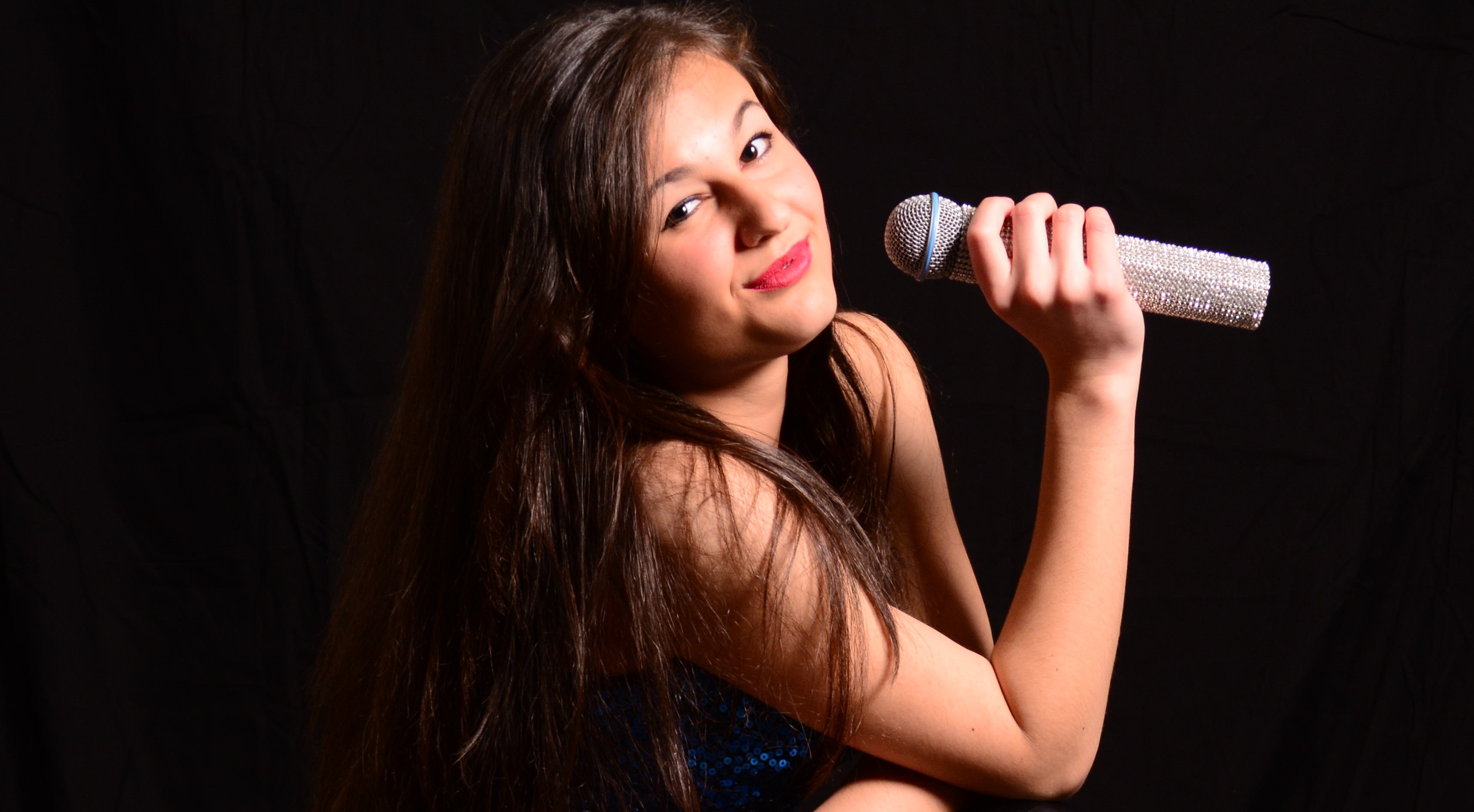 I feel that the music business can be a wonderful or a horrible thing.
It has its goods and its had bad. I always look at the good sides of things, but I am also aware of the bad things that could happen. I feel that it all depends on decisions made by the artist. The decisions made, can effect whether their music career will be awesome or dangerous @miakylieditta

I feel that the music business can be a wonderful or a horrible thing.
It has its goods and its had bad. I always look at the good sides of things, but I am also aware of the bad things that could happen. I feel that it all depends on decisions made by the artist. The decisions made, can effect whether their music career will be awesome or dangerous.

Some pros that I have experienced in my journey include meeting
some amazing people and performers, creating connections with fans, and growing from all of the amazing experiences. Some cons that I have experienced on my journey include meeting “sharks” and mean comments. I have overcome the hurdles by not signing everything that is thrown at me; also by not trusting every agent or producer that I meet. My parents and I do research on many people before spending money with them or signing any papers. With the rejections and mean comments, I just stay positive and not let anything that anyone tells my affect me. I have been very blessed and have not had to deal with many mean remarks, but whenever I do, I simply say a prayer for those people and continue being me. I will never change who I am for anyone.

I feel that releasing one or two singles
within the months before an album comes out is great. Building up the excitement for the album is a good marketing strategy, plus it’ll keep people talking.

I like that social media allow new artists to build up a large fan
base and also that music and ideas can be transferred so easily over the internet. Itunes and other music apps and websites such as Spotify create an easier way to promote my music to people all around the world. It is amazing.

I would love to have 5 minutes alone with…
Selena Quintanilla Perez because our lives resemble each other so much. She is another one of my favorite artist’s and I would love to sing a song with her and get to know her.

I feel that there is a good balance in place with trendiness.
In my artistic decisions, I choose what Mia Kylie Ditta would choose rather than basing it off of a trend. I have always been an old soul and I am always myself. I love who I am and I have never tried to “blend” with other people, nor have I ever wanted to.

My favorite music quote or inspirational quote is…
Life is not measured by the amount of breaths you take, but by the moments that take your breath away. –Anonymous

Some of my earliest memories with music was singing and dancing
to Elvis Presley karaoke in my pullup diapers with my amazing dad. Music has always been a major part of my life from before I can even remember. Our family tradition of singing karaoke during the holiday seasons, or really even any time of the year, started the flame for music in my heart. I grew up surrounded by, one of my favorite artists today, Elvis Presley. One of my first songs that I ever sang as a two year old girl was “Here Comes Santa Claus” in the style of Elvis Presley. With my mom sitting on the sofa holding the video camera, and my father singing and dancing right next to me, they have played a major role in the artist and person I have become today. Thanks to their support and blessings from God, my passion and spark of love for music is growing larger and brighter each day.

In my case, “I’m Breaking Out” is about me breaking out into the music industry.
It takes a lot of hard work and dedication, but I know with my passion for music, family, and God, nothing is impossible. Even though this is my meaning, it can mean many things for many people. For example, someone can be breaking out of a fear, a sickness, or even a label set on to them. It is an inspirational song for everyone about overcoming, conquering, or letting the world hear their voice.

I began writing “I’m Breaking Out” after singing on a Southwest Airlines Airplane,
and the video going viral. Within just a couple of days, my video had over 45,000 views! I was interviewed by many news stations such as Channel 8, Fox 8 live, and WDSU. It was such an amazing experience and definitely life changing. While all of these amazing opportunities were happening, I sat down and wrote “I’m Breaking Out”. The first recording of it was recorded at Tipitina’s a local New Orleans studio, but soon after being discovered in Chicago by Nick Trevisick and Marshall Block, we recorded the most current version at Real 2 Real Studios in Michigan.

My goal is to touch people’s lives with my music.
I want to inspire and change their lives with my music. Whether it is one person, or ten million people, as long as I make a difference in a life, I am fulfilled. My overall goal is to make connections with as many people as possible through my music. I would love to touch as many people as I can and show them who I really am through songs that I write from my heart.

My first album Rise promotes a positive message to people of all ages.
Whether it is overcoming a bullying situation, losing a love, or perhaps becoming a champion, my album contains the inspirational messages to all of these situations and more. I would love to look out to my audience and see them singing along with me to songs off of my album.

New Orleans!!! The music here is
very jazzy, bluesy, but overall a little mix of everything. New Orleans is like a bowl of gumbo. SOOOO many amazing things, such as foods, music, and people, combined to make a unique and delicious outcome.

Growing up I have been involved in many clubs and sports,
but if I had to choose one thing outside of music I’d have to say… trying new foods. There are so many types of
delicious foods and, considering I live in New Orleans, I have been able to try some of the best flavors!!

One of my favorite foods are tuna fish sandwiches.
I also enjoy drawing, spending lots of family time, and playing volleyball, which is my favorite sport!

Mia Kylie is a 13 year old singing/acting sensation that was born just outside of New Orleans, LA. Mia Kylie has been singing her entire life and for the past 7 years she was heavily involved in Musical Theater throughout New Orleans and Jefferson Parish, Louisiana. However, in January 2015, Mia Kylie decided to focus more on singing and songwriting and started her own company called Mia Kylie Ditta Entertainment LLC. In addition, to starting her own company, Mia Kylie began focusing on singing, acting, and overall entertaining ability and has become a recording artist by producing, and publishing her own music at the young age of 12 years old. In July of 2015, Mia put a band together featuring, Connor Finney on Guitar, Tristan Marchand on Bass, Erik Finney on Drums, and Brandon Wilkie on Keys. In August of 2015 after only after about 4 practices, Mia performed her first gig at the age of 12 with her band at a local music club called the Twist of Lime. We included a copy of her 1st gig so you can see how much she has grown. Mia has several songs on iTunes including the single “Pop Star”, Not Accepting Sorry Today, Rise, and many more. Mia also published her music on other media sites and released her first full length Pop CD called, “RISE” on April 1, 2016. Mia can sing just about any genre of music, including some Spanish hits from Selena. Mia turns 14 on September 19, 2016 and is ready to start the next journey in her entertainment career. To learn more about Mia Kylie, visit her website at www.miakylieditta.com or contact her through her email at