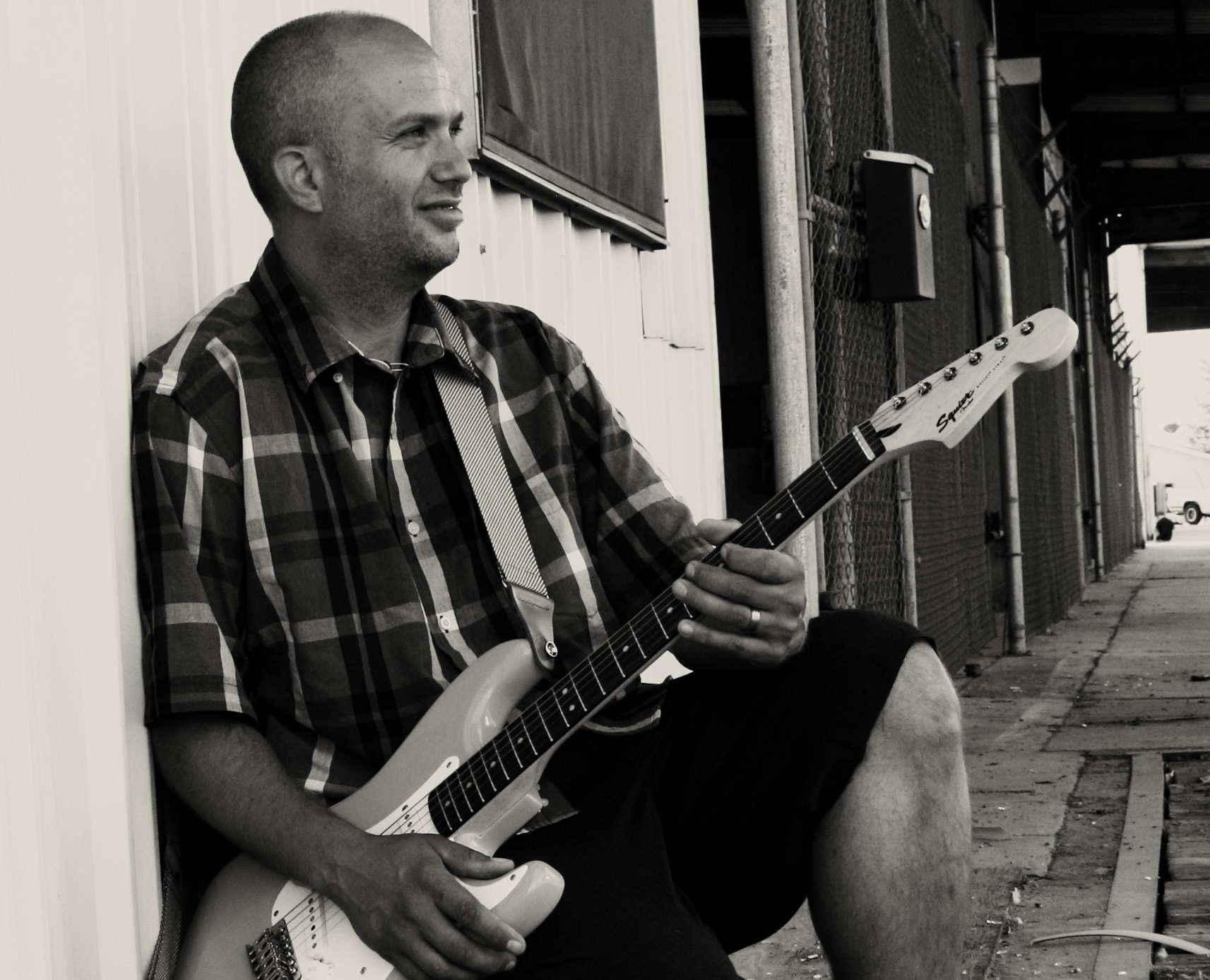 I will never compromise what I like playing in order to sound trendy. I never have and never will. That would make song writing very boring. I would rather not play than conform to such routine. –  @effectOFADcolor

Listen to the live interview
Episode #357 : A.V.A Live Radio Behind The Music with Jacqueline Jax : http://www.blogtalkradio.com/avaliveradio/2016/09/07/episode-357-ava-live-radio-behind-the-music-with-jacqueline-jax

GETTING TO KNOW EFFECT OF A DIFFERENT COLOR
by Jacqueline Jax host of A.V.A Live Radio

I’m still learning the business side of the music industry,
so I can’t give a thorough answer to this question. I think I’ve got the talent side of the industry down, well enough at least. At the very least, I’m glad to have recently discovered the occupation and potential career of “song writing”, as the prospect suits well as an alternative to having your band outright “signed”; Furthermore, perhaps an artist does not want to get “signed” and would only like to write music and sell it to other artists to avoid the pressures and challenges of performing the music live themselves, which I’m discovering more is not by any means easy, especially if one artist is playing every instrument in the band and/or handling all the recording/production and promoting by themselves. I have found that the production and promotion of my music has been extremely time consuming and exhausting.

Pro: A chance to pursue what I love doing, whether it makes a great deal of money or not.

I’ve never thought about this before…
On the business side I guess it would make more sense to release singles, to get listeners excited about what you have coming up next. But on the hobby side of the industry, releasing the whole album makes more sense to me; Why not just throw it ALL out there?

I will never compromise what I like playing in order to sound trendy.
I never have and never will. That would make song writing very boring. I would rather not play than conform to such routine. It seems to me that there are indeed styles that are trendy and probably a little too much emphasis in writing that way. By being trending one is writing music to pacify the scene and “run with the program” which seems counterproductive to genuine artistic expression. If there is a market for “what’s in” and “what’s trendy” I guess that’s another matter as the industry is probably here mostly to make money, but I myself would not compromise the way I write to become involved in that.

I turn struggles into triumphs by enduring
and persevering to say the least which I think is something can only be learned by experience, and of course with a lot of help when needed.

I try to live one day at a time
and plan the best I can for the future. What else can one do?

Off the top of my head,
if I could get 5 minutes with somebody it would probably be Larry LaLonde from Primus, as he was probably the most influential person while I was first learning the guitar in 1994, my Junior year in high school. I was fascinated by his creativity and still am today. I might ask him how he plays certain things or ask him for some playing tips and have a few laughs. I would probably chat about skateboarding as I understand he skateboards (or did at one time) as I myself have done; I was a skateboarder from the late 80’s through the early 90’s; I quit and got back into it again around the year 2000 and that was the last of the skateboarding. A picture of me skateboarding can be found on my facebook band page.

It’s hard to remember exactly what initially inspired me to write music,
but it goes something like this: During my sophomore year in high school in 1993 I had a friend who sat in front of me in a history class and we goofed off all the time; Eventually I went to his house and tried to play his left-handed American Stratocaster guitar which I couldn’t do because I’m actually right-handed, but it was still interesting to me. He played the guitar through a small Crate tube-amplifier and I remember listening to him play the intro riff for “Smells Like Teen Spirit”. I wasn’t particularly interested in Nirvana at the time, but I still loved the way those chords sounded coming out of the amp. When he set down his guitar I picked it up and started trying to find the notes for a song called “Tuff Gnarl” by the band Sonic Youth; I couldn’t figure it out but it was still fun messing with it and I think it sparked something inside me, that is, a deeper interest in music. Eventually I saw a relatively cheap electric guitar displayed in a store window in the downtown area of my home town, Visalia, CA, and put the guitar on lay-away. Once I owned the guitar, I started “jamming” with the guy who was in my history class and a few other friends, although I didn’t know how to play very well. Since the Internet was not available to common people back then I had to rely on tips from friends and I had only two or three informal lessons from an old friend of my family who actually just showed me how to grip some basic chords and strum the guitar a little bit, but I was not shown any music theory and didn’t even know what music theory was. The general lack of formal training forced me to learn the guitar on my own in which I more or less developed my own style; I tried to model my playing after some bands I was interested in but didn’t have anyone to show me how to actually play any of the songs I was trying to write, so from there I developed my own style which was not very well structured initially, but over time evolved into catchy riffs and songs via my eventual discovery of music theory and practice.

I wrote this song to resemble a secret agent action-like movie,
although I think there are too many songs with the word “secret” or “agent” in them, so I decided to call it “The Detective”… When I hear the intro base riff for this song, I imagine a detective stepping out of his office onto the sidewalk in some down-town area, and beginning a stroll down the street, pondering what his next move is going to be, eventually running into some danger perhaps or some other drama, and in the end, he wins and walks away feeling accomplished, which is resembled by the outro of the song and is more or less evident while listening to the song.It was sort of inspired by the theme for “Mission Impossible” by Lalo Schifrin

This is the first song I’ve ever recorded and mixed

on my own with no prior knowledge of how to record and mix music and it was done in the last couple of months. The device that I used to record/mix it is a Tascam DP-008EX and is the first studio equipment I’ve ever owned. The original mix of the song sounded terrible and after hearing it I had to go learn some basics about recording via online tutorials on the Internet to get it to sound decent. Some of the instrument parts themselves (of the song) evolved since the initial writing in order to shape the melody into what it is now.

When listening to my first album (not yet complete)
which is going to be called Vintage Green, I hope that people try to keep an open mind, as listeners may be acclimated to hearing mainstream type music and more common styles on the radio. My band name Effect Of A Different Color was derived from the idiom “Horse Of A Different Color”; I omitted the “horse” and placed “effect” in there. I like to think that my music is an “effect” or extension of my relatively odd personality in which people who know me well can probably attest to; Instead of saying “Effect Of An Odd Personality”, I say “Effect Of A Different Color” because it sounds so much better, in my opinion. The title of my album Vintage Green, I guess could be considered a specific characteristic of my band name and writing goals. If I had to ascribe a specific color to describe my first album, it would be the color of my guitar on my Reverb Nation profile page, that 1950’s greenish color. When I think about my music in general the color that comes to mind is that vintage green color, so I’m calling the Album “Vintage Green”. Whether the style of the music therein really sounds like the “50’s”, which for the most part probably doesn’t, I am not concerned about.

I live on the out-skirts of Exeter, California.
To be quite honest I’m not sure what the music scene is like around here as I don’t get out that much, although I do believe there are events that I could participate in and play music; My routine may change as I am considering putting a set of songs together that I can play live without the help of band members as I wish to continue running solo; Since I play all the instruments in my one-man band, it would be difficult to emulate a band section (with my current knowledge of music equipment) so I’m thinking of pure easy-listening (experimental) jazz tunes, as the type of music fits well into many settings and I’ve already written a couple of jazz tunes which can be heard on my Reverb Nation profile page, although writing jazz alone is not my primary goal or genre. I struggled with depression for years and only recently began to emerge and make my music public for the first time in my life and I am 40 years old now, so I’m not familiar with a lot of popular music scenes at this time. In Visalia, CA near by, however, where I grew up, I think the music scene is probably a little more “happening”. “The Cellar Door” is a popular place in Visalia and I believe “Man Or Astroman?” who somewhat inspired me has played there.