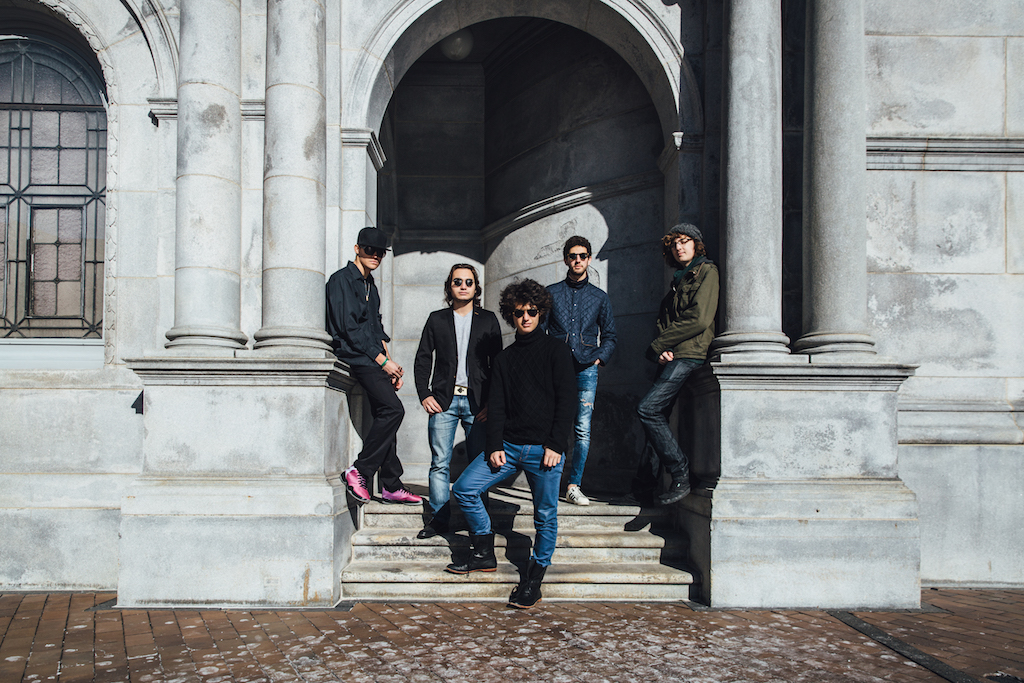 I feel disappointed with the music business,
it’s hard not to be when “artistic prostitution” is required to enter the world you love. Artists now fill pages and pages of gossip magazines and attract people to their concerts thanks to their disputes on social media or heated discussions in TV programs @falconsbandits

GETTING TO KNOW THE FALCON’S BANDITS
by Jacqueline Jax host of A.V.A Live Radio

I feel disappointed with the music business,
it’s hard not to be when “artistic prostitution” is required to enter the world you love. Artists now fill pages and pages of gossip magazines and attract people to their concerts thanks to their disputes on social media or heated discussions in TV programs.

This is my first project and I’m entering the business
now so I cannot talk yet about the pros and cons of the industry at this point.

The album format is dead.
The attention span of the average listener is being reduced everyday due to the 1minute videos on Facebook that are so easy to forget. As an industry I believe we all should work together to recover what an album gives the artist; the possibility to structure a deeper message carried throughout 45-50 minutes. Right now, my market strategy is the single and I don’t see a change to it in the short run, but hopefully we can recover structured art in a not-so-distant future.

Social media is one of the greatest advantages of technology,
no doubt, but it is also discouraging to see that the product is less important than the way you sell it. History tells us that this has been the case in almost every field since humanity exists but in 2016, this era of massive information, it has reached its peak. There are many pros to it but it’s essentially the same answer to every question; our industry champions the “looks” and has forgotten the roots.

Yes, there is way to much emphasis on being trendy.
Luckily the world is big and there is an audience for almost every type of music, but the obsession with being “up-to-date” is harmful for the art.

By keeping both eyes on the bigger picture.
A teacher I had once told me that darkness is never absolute, there is always a crack of light and that’s where we have to look when times are hard. If there is light, no matter how dim, you can always walk towards it.

I try to be me as hard as that it is in this world of a thousand different identities.
As I said before, remaining honest to what I do and want to achieve (write something that can help somebody in a difficult situation) is the hardest but most fascinating mission I have.

With Bob Dylan, no doubt.
He’s taken the marriage of music and lyrics to a place where very few are allowed, perhaps Shakespeare, Georges Simenon or Cohen are there too.

I’d just like to hear him talk about words and love,
inspiration and creative blocks and even ask him if music can still be saved. He’s pushed ME forward ever since I began doing writing and I’d also like to know his take on literature, if it can be injected into a song in the way it is used in a novel, which I think he hinted at with “Sad-Eyed lady of the lowlands” and “Desolation Row”.

I remember getting on a plane in Toronto when I was 12 years old.
I had a little green notebook in my pocket and the image of a girl in my head. I wrote and wrote during the whole flight and never looked at it again, but in those moments, as everyone slept around me I felt for the first time the sound a voice within. I could not identify its origin or nature, that’s something that would take some years, but from then on I knew it was there and that I would harvest it, either I wanted it or not.

The song is about a man that goes to war
with “The good guys” just to find that the line between good and bad is very thin when death is the shared destiny.

A more mature development of the storyline,
that’s as far as I can go in terms of describing what you can expect next. Naturally, as we grow we learn and we are in a privileged position to absorb information living in America. The world is changing fast while making the same mistakes and it saddens me to see how most of my colleagues choose to ignore it because those topics are harder to sell. Art is being substituted for easy money through hollow songs that employ swears because they sound “cool”.

Once upon a time, art was considered to be superior because it pushed society forward and it gave those who suffered some relief. I just can’t see how calling women “Bitches” and exposing them almost naked in a video can accomplish that.

So, to sum it up, you won’t find that here; honesty is to me the most important value an artist should have and I’ll follow that idea until God or Satan call for me.

In Boston. It is a city with a big music scene
that is deeply influenced by Berklee College of Music. Some of the best places to go are Wally’s Jazz, the House of Blues and the Lilypad, where many indie bands play every week.