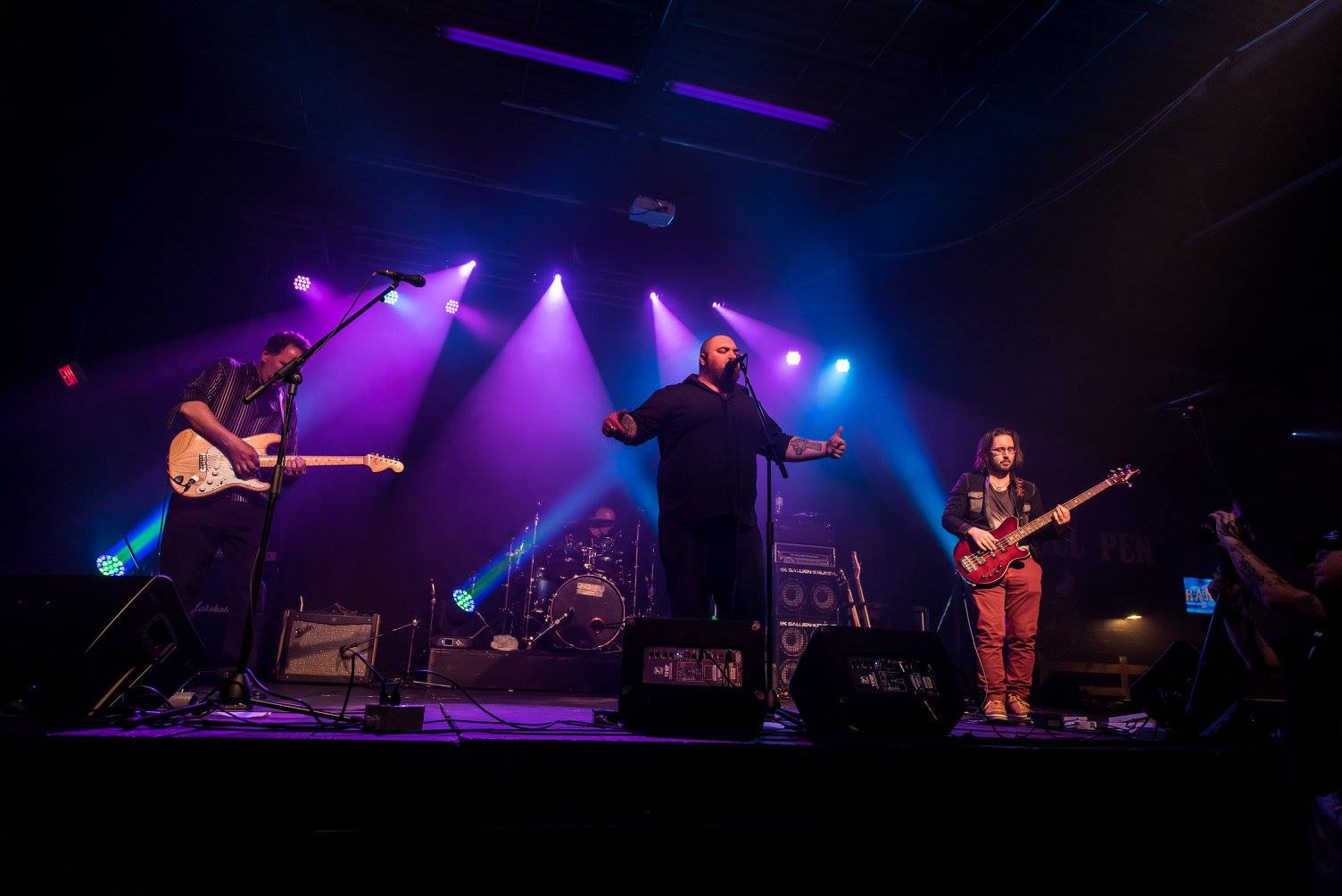 The music business is difficult to understand.
We have been navigating it for years with the understanding that it is a long road but we persevere. We are all in it completely and our passion ultimately lies in the music @DarkerStill

GETTING TO KNOW DARKER STILL
by Jacqueline Jax host of A.V.A Live Radio

The music business is difficult to understand.
We have been navigating it for years with the understanding that it is a long road but we persevere. We are all in it completely and our passion ultimately lies in the music.

With the internet being such a fluid medium for contact and marketing,
we have found that getting our music out to the public is easier than is portrayed in the media and television. We
have met many amazing musicians, played some outstanding venues and worked with talented men and women behind the scenes. What is difficult is the sheer mass of other bands doing the exact same thing. Getting exposure; building a fan base; marketing their music internationally; and with the click-and-go mentality of many internet users, getting our would-be listeners to hear that first note on the songs we advertise.

We prefer the ‘album’ strategy of releasing music.
As a music buyer, when I hear a song I like, I buy the whole album and listen to it all. I feel more connected to the music and the band when I hear all they were able to release in that mindset — at that time. I would go so far as to say that I prefer hard copy discs over digital music. I have always bought albums or cd’s of bands that I listen to. Having the liner credits is part of the experience that makes new music exciting. We sell albums at our shows, online merchandising websites, social media and through personal and professional connections.

We like how we can find everything from the musicians we hire,
the studio we work with, to the venues we play at. Social media is directly responsible for our accomplishments as a band. Being known international is possible without travel expense.

We are not influenced by the trends in music.
We have been and will continue to write the music we enjoy. People like it and that’s enough for us.

When we are met with a closed door,
or a struggle in recording, or even troubles on the road, we use them to better ourselves. Lessons come in many forms. We can be broken by them or we can learn from them and move forward. Nobody in this band is a quitter, and we will move forward.

We live our lives the way we want.
Free of shame or fear. Our music is written for the music. Lyrically, musically and emotionally from within. What we give people with our music is our passion. We are not writing pop music, we are writing rock music. That is an expression of self. People can hear that when they listen to us and they in return express themselves to us. It is a rich environment when we as people are all there and can really feel the music.

5 minutes would best be spent with Jimmy Iovine.
Considering the line of work we are getting into, who better to talk to? Is there any one person that has a better understanding of the music industry? What a fascinating person he must be to sit with. Also… He has the same
birthday as Tony

Patrick and Quinn were in a band together for a year or so.
Cover songs and old blues tunes made for getting gigs at parties and local venues and what not. They decided to write their own music, but the other members were uninterested, so they left the band. Quinn knew Tony from high school, who was often lead in the plays they produced there, so thought to ask him if he wanted to sing in a rock band. Tony was interested and the band Darker Still was born.

Patrick wrote the song lyrics and describes it best as reading a dream.
It’s about contemplating life. Without actually touching on any particular event in anyone’s life, it covers the feelings we as people get about relationships, feeling like we belong, the effect of time, etc.

Weak Threads was an existing song that Patrick had written.
The song had, for a long time, had a folk feel to it, so we all felt that what could really boost the overall emotion in the song would be a stronger chorus. The existing chorus became the pre-chorus and over a period of months during the recording sessions, more than a dozen choruses were written and pitched to the other members of the band. Eventually, we worked as a group on the one we enjoyed the most and completed the song. This was one of the first songs we recorded vocally. Tony did a few songs at the old location including this one before the studio moved. Voodoo Records was in transition from one location to another. Once moved, the rest of the band continued the recording for Weak Threads.

This album is written to be heard loud!
Everything about the album had an incredible amount of effort and dedication involved. We put over 150 hours of time commuting to the studio alone during the recording process. 1000s of takes, 8 musicians and 560 hours of studio time over a two year period. This album is of tremendous significance to us because we put so much into it. The sacrifices we each had to make to get the album the way it is cannot be overstated. New material is in the works. We have publicly performed unreleased material in a couple venues to great response from the audience.

We live in Orillia, Ontario.
The music scene here is limited to shady bars and hipster folk open mics. Basically, the best option for any band locally is to go down to Toronto. There are countless places in Toronto to perform and we have seen many of them.