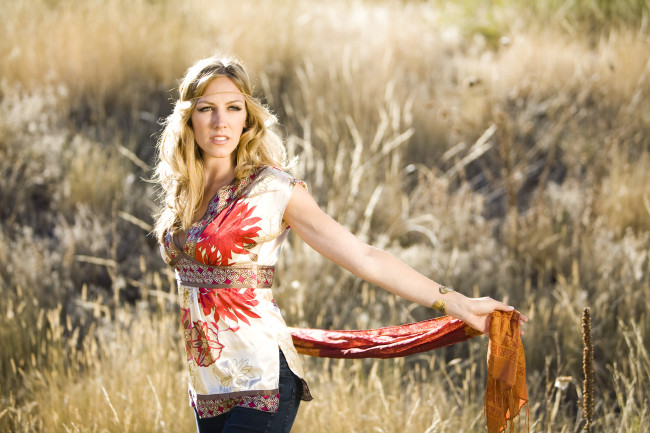 ” As with any independent artist, the biggest challenge we face is being heard a midst a sea of clutter (that we’re a part of, obviously). Having a message that’s clear and purposeful is important.” – @kateylaurel

GETTING TO KNOW KATEY LAUREL
by Jacqueline Jax host of A.V.A Live Radio

I guess you could say I got my start…
in music playing piano when I was six years old and singing a solo in the school musical in third grade. My folks took me to bluegrass festivals like Winfield (Walnut Valley Festival) where I got to take an auto harp lesson. I was just always interested in music. It was much later that I started writing songs, however, although I played around with poetry and melodies from an early age.

The thing I like about social media is…
it is instant. You can hear back from your people on any subject immediately, which does help me make decisions on what to do with my music and my career. It’s very gratifying to have so many conversations so easily and quickly. As with any independent artist, the biggest challenge we face is being heard a midst a sea of clutter (that we’re a part of, obviously). Having a message that’s clear and purposeful is important.

I think there will always be emphasis on being current and trendy…
and it’s important to be relevant if you want to succeed in radio, film or TV formats. However, I think it’s important to strike a balance – as we see with artists like Adele, a classic that is AMAZING will always standout as a one of a kind artist, never to be replaced. I try not to chase trends, rather work on writing and delivering the best songs I can that I feel like recording or performing at the time, and make sure the recording and production quality is as good as I can afford. I’m hoping the sound of my recordings will hold up with time since they’re a little more classic and a little less trend-setting.

This past year has been all about upping the ante of my writing skills…
I’ve co-written about 40 songs this year with a variety of writers, and they range from pop country to EDM to advertising jingles. I’ve learned so much from everyone’s writing styles. It’s important to be able to write well in a variety of genres to get as many opportunities going as possible with different artists as well. I think my writing has developed and I am more creative and quicker on my feet in the writing room as a result.

I think success is being happy doing what you love in life…
and having the reward of companionship with people you love. Sometimes it’s hard to remember that because I’m competitive, type-A and driven and our society places so much emphasis on career and financial success. Artistic and commercial success are not necessarily the same thing. I think I’ve experienced artistic success – I have been very pleased with the music I have created and recorded and am very fulfilled by people’s feedback about how it has impacted their lives for the better. Personal success is even greater—a good life with people I love, and I’m happy to report that I have that.

I think I’m most afraid of…
personal loss of the ones I love. That followed by failure.

I write a lot of relationship songs..
The collection of songs I’m working on right now is a (mostly) very chill set of acoustic pieces that are reflective and intimate in nature – most of the songs are about love relationships, some are metaphors for my relationship with the world and music industry, and one is about my relationship with myself. I’m thinking people will hear a very personal reflection of my thoughts in this set of songs. I’m hoping for an EP by late this year or early next year.

The ironic thing about this song, “Hurricane”…
is that is was born of two different songs that I had been working on – one was about that relationship (or rather, person is who drawn to these types of relationships) that is always the “Same Disaster.” The second song was more about the turmoil of a love relationship and the idea that perhaps there’s an “eye of the storm” so to speak where it all is calm and makes sense – that song was called “Perfect Storm.” Being from Colorado, it’s no wonder that I write a lot of songs about weather!! While we don’t have hurricanes here (like you do in Miami), I thought it was a fitting picture of the chaos that sometimes surrounds love and life and how we are all drawn together into this dance that sometimes resembles bad weather. My friend Dave in NYC helped me skype through it, and the chorus from “Same Disaster” with a bit of lyric massage became the chorus, and the chorus of “Perfect Storm” became the bridge, while the verses came from “Perfect Storm.” I’ve never once had this happen with a song before, so it was cool to see the songs “collide” and become one, sort of the way lovers do! Ha ha. It’s a serious song but doesn’t have a serious back story really. Buy the song: https://itunes.apple.com/us/artist/katey-laurel/id302661849

I’ve worked with a number of great producers and friends in the process of creating my records and videos…
(and photos and graphic design as well). I typically partner with the person who can pull the best out of me at any given point in time, because I think collaboration is part of the magic of the creative process. I have done everything from record my tracks at home and send them to producers to flush out at their own pace in their home studios to spending a week in a studio in LA. Each process is a little different, but each time I’ve relied on the skills of my producers to help carve out the sound of the production for the songs. That is their gift and while I’ work together with them on this process, I have far less skill in identifying the best sound for the song. Producers I’ve worked with most recently include Warren Huart, Neilson Hubbard, Dave Hedin and Adam Newcomb. There are many other great ones I’ve worked with here and there as well. My husband is my video producer, and we’ve worked together to produce the videos for “Two Birds” and “Hurricane.” I couldn’t have done it without his creative eye, organized production management and skill and expertise. Your team is incredibly important to creating your artist vision.

I live in Denver …
and grew up in the Colorado Rockies. The scene is very supportive in this town, and we all strive to help each further our musical causes. Some of my favorite small acoustic venues are The Walnut Room, Syntax Physic Opera and The Soiled Dove Underground. In my off time, I love to garden (flowers are my favorite) and hike and explore in the mountains. I’m a total nature girl.

I would love to have 5 minutes alone with..
I would love to have five minutes alone with Karin Bergquist of the band “Over The Rhine” because she’s a huge musical inspiration to me as a singer and writer. She captures so much spirit and emotion in her voice and the way she delivers songs…I’d love to hear the thoughts from the person behind that magic. Plus she and Linford are like salt of the earth rootsy mid-west artistry at it’s finest, telling the story of generations past and generations to come all at once. I practically feel the pulse of humanity pass through their songs.

Listen to the show- http://www.blogtalkradio.com/avaliveradio/2015/08/20/episode-249-ava-live-radio-behind-the-music-with-jacqueline-jax

BIO
Roots-pop songwriter Katey Laurel spins hopeful, romantic, introspective songs about our common humanity. Her sound is reminiscent of an imaginary time and space where Natalie Merchant, Fiona Apple and Emmylou Harris formed a band and wrote songs together.

Katey grew up drawing pictures, writing stories, riding horses and playing in the woods in the Colorado mountains. This is the idyllic foundation from which she crafts her life and her music. Katey’s songs range from radio-friendly pop tunes to lush, cinematic songs for film and television. With background in Classical piano and French horn as well as guitar and voice, her artistic roots are both deep and diverse. Laurel draws her musical inspiration as a songwriter from many musical styles including bluegrass, classic rock, alternative, country, and even 80s dance-pop.

Katey has performed hundreds of shows via venues, radio, television stations and festivals in Colorado and around the US, including Hotel Cafe (LA), The Bitter End (NYC), Bluebird Cafe (Nashville), Hard Rock Café Denver and Nashville, Colorado State Fair and the Greeley Stampede. She has built a solid fan base with her unique voice and a satisfying blend of folk and pop, garnering airplay on Triple A and AC radio stations around the country including KALC, KMNT, KBCO, KFMU and KOTO. Most recently she is a Great American Song Contest Top 5 Winner and NPR Mountain Stage NewSong Contest Regional Finalist, and has had two songs in rotation on Starbucks overhead programming.

As a live performer, she has shared the stage with Howie Day, Bill Mallonee, Katie Herzig, Matt Morris, Trevor Hall and others. With her latest album “Periscope” produced by industry veteran Warren Huart (The Fray, Aerosmith), Katey Laurel is now poised to reach an even larger audience in the days ahead.