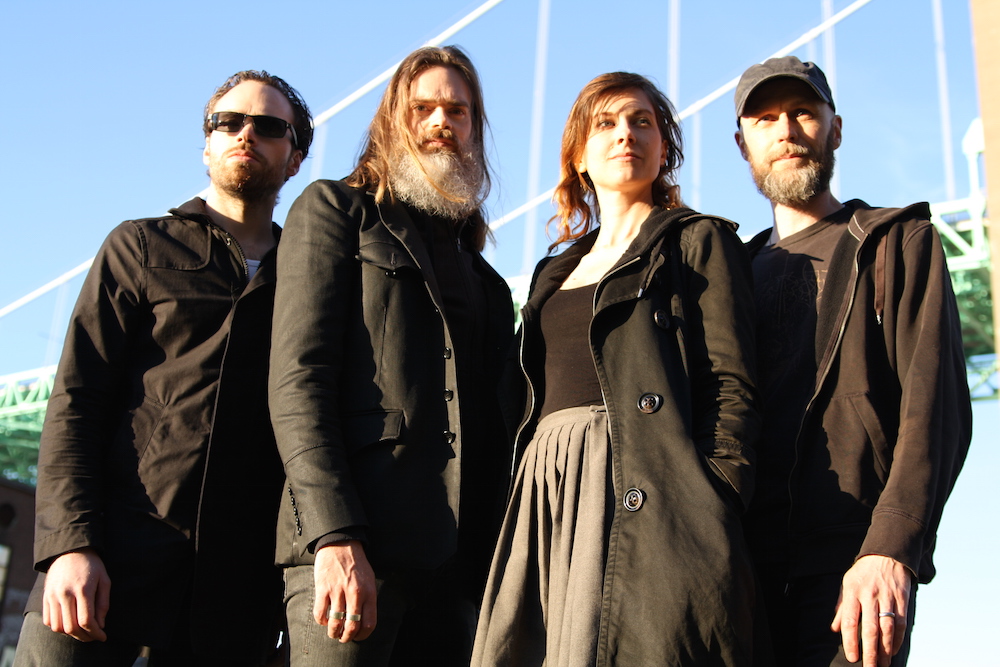 “I think success is not a place you get to but move in and out of all the time.” Marcus Eyemouth – Sweden @Eyemouthmusic

Marcus Joakim & Tove David – Eyemouth released their debut EP, Black and Blue Latitudes, in march this year. The music has its foundation in electronica, with mellotron and organic elements like vibraphone, santur, accordion and piano. Both music and lyrics has a dark undertone, and the songs are dealing with thematics such as inside conflicts and a yearning to accept your past instead of repressing it. Eyemouth is from Gothenburg, Sweden, and have several members from the electro/synthband Estrange.

Getting Started…
I guess it started before I was aware of it. As a child I never found what I thought I was supposed to find. And I think that created a loss inside of me which I later became to express through music. But there was always a lot of music in my home. I grew up in a christian home and my father used to sing in the church. So I have always had some kind of religious connection to music.

Listen to the interview : http://www.blogtalkradio.com/avaliveradio/2015/05/21/episode-236-ava-live-radio-behind-the-music-with-jacqueline-jax

The album…
is called Black and Blue Latitudes and the songs very much reflect the mental states I’ve had most of my life. I seem to often use nature, soil, and the earth as a mirror to my body and mind. For me the songs have been necessary to write and produce. Without them I don’t know how I would have managed. This is the first EP in a series of four and all four cover about the same subject. (Purchase album now)

My father was very ill when I was a teenager and he transplanted his kidney and his pancreas because of diabetes. That grew on me very hard because I have diabetes too and later when he went blind I became terrified that the same would happen to me. That situation filled most of my upbringing. I had a really hard time at school with some of the children and I never felt any ease when I was in church. Somehow I always managed to make it look like I was alright and I never actually talked to anyone about these things until quite recently. Music has been the way to express these things. I’m also writing music for the synth band Estrange and though it has a different form, it still holds some of the thematics. I think on these four EPs I let it out a bit.
Many times when you’re in a sort of introvert mood and in a dark place, you imagine you’re all alone and sometimes that is what you want to be. But for me it has always been music that has got me through dark times. I think music is that important and I’m hoping our music will get someone else through when needed.

Sweden…
I live in Gothenburg, on the westcoast of Sweden. Its the second largest city but still a small one. We have a couple of really good places with fine music. One is called Truck stop Alaska where I latest listened to Jarboe and Alexander Hacke. Koloni is a really good place arranging shows with artists I listen to like Nadja and Baby Dee. I’ve seen Swans at a place called Pustervik and later this spring they will come to Sticky Fingers. Yet another good place is Nefertiti where I saw Genesis P-Orridge last year.

Right now I’m on paternity leave, and I was stupid enough to think I would have a lot of time to read books I’ve been longing for. Now I realize there is no time at all but engaging in lovely playing with the kid. It’s the best thing in the world. When I take him to my music studio he picks up a wooden flute and walks around in circles making flut like sounds. I can but wonder. But I’m longing to read. I’m very interested in the sides of religiosity that aren’t ”official”, like e.g hermetic-ism. I wrote a BA thesis on Rudolf Steiner and antroposophy and would love to read much more. My son is about 1.5 years old and now I am so tired I have to read things three times to remember a glimpse of it.
Success…

More modules in my modular rack, haha. I think success is not a place you get to but move in and out of all the time. But I also think it’s having yourself make the changes in your life that brings peace to your existing.