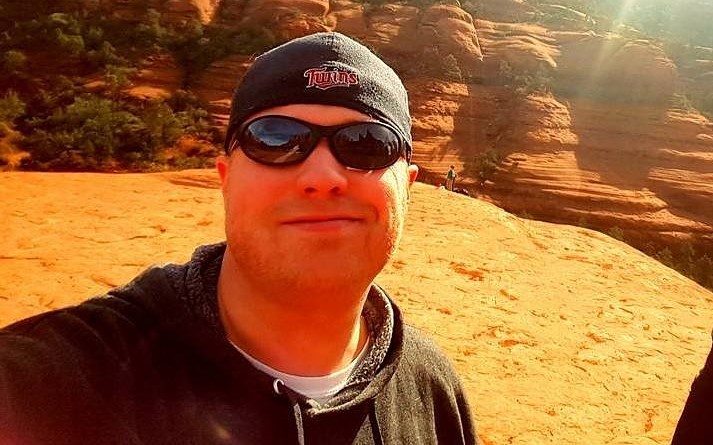 Well basically I feel that today’s music scene is FAR different
than it used to be, whereas record companies actively used to seek out new artists on their own, today you have to have a large cult following and marketable music to get noticed. However with social media and today’s technology it has made it easier to get followers from all over the world, so I think it hasn’t gotten better or worse, its just evolved along with the music.

GETTING TO KNOW GOATSY
by Jacqueline Jax host of A.V.A Live Radio

Well basically I feel that today’s music scene is FAR different
than it used to be, whereas record companies actively used to seek out new artists on their own, today you have to have a large cult following and marketable music to get noticed. However with social media and today’s technology it has made it easier to get followers from all over the world, so I think it hasn’t gotten better or worse, its just evolved along with the music.

Well I’ve had a lot of positive reviews on my music and a lot of followers,
but Ive also had trouble with everything from having the finances to support my music creation to just having the right equipment to play live shows. Plus working two part time jobs just to pay bills eats up ALL the time I have leftover to even PLAY a live show. But things are actually getting better ive got almost enough money to get the pioneer turntables I need so things are going well.

I think they have their pros and cons for both sides.
I personally prefer a record with multiple tracks instead of a single song, that way people can experience a whole session of music instead of a single track and that’s it. I released a single a few months back called “Someday Day You’ll See” and it got almost no views, whereas people tend to really appreciate my full albums.

Honestly I would rather be a musician today rather than 20 or 30 years ago,
when you would have to physically go on tour to promote your music. In todays world someone from around the globe can hear your music by just the click of a button. Whereas 20 years ago, people in Australia would have no idea about an artist in America, unless that artist physically went on tour there.

I would have to go with Mr. Bill,
as I feel he is the best electronic musician working in the industry today, I would like to know his process of coming up with the various sounds and styles he makes.

When I first heard His album “The Shepard Tone” from his band Electrocado.
It was like when I first heard 2001 by Dr. Dre, I was completely blown away. I had never heard anything like it. He creates such a visceral, in-your-face sound that it just begs to be heard. He releases youtube videos now and then about how he makes his music, but it is a little hard to follow him if you don’t know how to work programs like Ableton.

I am who I am and I’m not going to change myself
just to appeal to a specific trend or style, but I do find myself falling into certain genres, especially with my music as there really isnt a style of music I don’t like.

My father told me at a young age to “NEVER NEVER NEVER give up” and I hold onto it as a sort of “mantra” to keep myself in check especially with my sobriety.

I’ve always had a tuned ear for music
since I was about twelve years old. I remember when Dr. Dre’s album “2001” came out and it blew me away. All the chord progressions and melodies intertwined with the lyrics were just spectacular, and I remember literally studying his album by listening to specific parts on each song like the drum sequences and how they were put together. After that around the year 2000, a few friends of mine started a punk rock band called “Brutal Poodle” inspired by bands like, Blink182, Sublime, and Incubus. We were a sort of hit in our school we went to. When I entered High School, I very quickly fell into the party crowd and completely lost my way, I stopped playing music and just partied a lot and this continued for a few years. When I finally cleaned up and got my act together around the year 2008, I purchased a laptop and got Ableton installed on it along with NI Massive and a few other music generating programs. And got my music going again. For the last five years or so I’ve pretty much been working, creating music and trying to stay sober and out of trouble.

Big Chief Smokalot
Basically I feel that the song is about EGO and feeling on top of the world.

The lyrics are an acapella sample I found online from a rapper named K19.
All the instruments were created by me on FL studios. I always start with a drum beat, on every song I do. From there I usually mess around with the arpeggiator on FL studios to see what sounds good and what doesn’t. From there I add the melody, usually with strings to start out with, after I pick the melody I want to use, I usually change the instrument from strings to a pad or synth. The lyrics are always the last thing I throw in. I ask myself “what sounds good and what lyrics are relatable to most people.” And I search the internet for acapella samples that people post online and transfer it into my song.

You can hear the album “Big Chief Smokalot” on bobbleheadericberg.bandcamp.com.
My music is fun and in your face, but it can also be kind of dark and realistic. Basically the album is about the party lifestyle, addiction, ego and having the strength and willpower to live life to its fullest without fear. I feel that many people today struggle with these things and also live with these things on a day to day basis. It’s very easy to fall into the downward spiral of addiction and I just want people to know that there is a better life out there for us all.

I live in Minneapolis, basically in downtown.
And the music scene up here is really good. We have awesome venues like “First Ave” and “Barfly” where a lot of up and coming musicians play and then we have the “Target Center” for your big time musicians.

I’m all about being healthy these days,
so if im not in the studio im usually exercising or just chilling at the local coffeeshop or park.