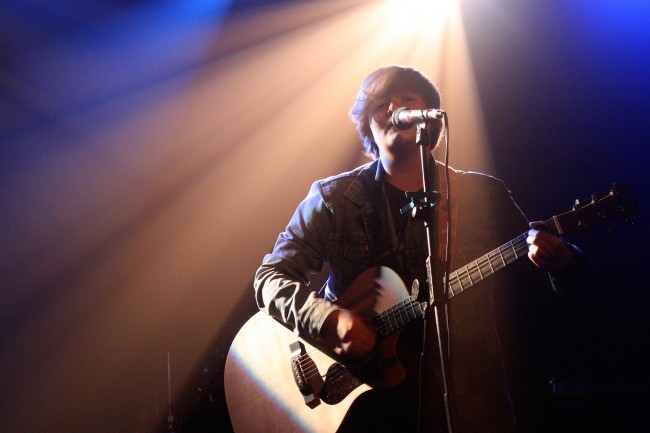 “I have no per-conceptions about the music business other than you need more than talent to succeed. It helps if you are great looking and “know someone”. In fact, judging by the TV talent contests, maybe that is more important – in which case, I’m screwed!” – @charliemusic96

Listen to the interview
Episode #308 : A.V.A Live Radio Behind The Music with Jacqueline Jax http://www.blogtalkradio.com/avaliveradio/2016/03/23/episode-308-ava-live-radio-behind-the-music-with-jacqueline-jax

GETTING TO KNOW CHARLIE LEAVY
by Jacqueline Jax host of A.V.A Live Radio

Music business…
I have no per-conceptions other than you need more than talent to succeed. It helps if you are great looking and “know someone”. In fact, judging by the TV talent contests, maybe that is more important – in which case, I’m screwed!

Pros and cons…
You definitely have to do things for yourself. i.e. build a fan base, pay for your studio time and release songs, EPs and albums yourself. My Dad helped a lot with my debut EP costs and without his help, it probably (definitely) wouldn’t have happened.
How are you overcoming the hurdles and pitfalls?

I don’t think I’ve got far enough to experience the hurdles and pitfalls. I think I’m just scratching the surface of what I need to do, but I guess the main thing is having people around me that I can call on for advice.

Social media…
is IMMEDIATE. I’m guessing 30 years ago if you wanted to communicate something interesting to your fans, you took out an advert in the paper/magazine and waited for it to be printed/circulated. Now, you can Tweet things and post things to your Facebook page or Instagram a photo of you at a gig and get real feedback straight-away. You can communicate 2-way with your fans.

Building a fan-base is very time consuming…
and you need to be lucky. Very lucky. When I released my EP and I tweeted a SoundCloud link to my 500 fans, it was re-tweeted by someone with a million followers and within 2 weeks, I had gained another 3000+ followers on Twitter.

Singles vs an album…
I’ve written over 100 songs now. If I released 1 song at a time, I’ll be a very old lady before they are all released! Seriously though, I think listening to one song by an artist is fine, but sometimes, a collection of songs needs to be listened to together. I prefer to think about collections of songs.

A marketing strategy is…
something to understand and luckily, my role is to write the songs, gig & practice them and ultimately record them. My Dad handles EVERYTHING else, from booking gigs, to organizing the distribution of my songs and collecting royalties.

I would love to have 5 minutes alone with…
I’m glad I don’t have to make this a real answer! I have a shortlist of 3 people. Dave Grohl, Carole King and Ed Sheeran. Dave Grohl has maintained his “nice guy” image and has been there and done it with what seems like every musician of note in every top venue. 5 minutes of his experiences would give me a massive boost!

Carole King on the other hand… When I was 17, I listened to tapestry for the first time and it just hasn’t left my playlist since. It is simply an amazing piece of work and so subtly complex. I am nowhere near the stage of creating something so amazing and beautiful, but I would love to hear her talk about her process and the inspiration for it.

But then you have Ed Sheeran. A modern phenomenon. Gigs, gigs and gigs some more. And then gigs some more after that. Get discovered and becomes a global mega star. I’d love to pick his brains on how an acoustic singer songwriter can be so massive so quickly.

Do you find that there is to much emphasis on being current and trendy…
Absolutely. 10 years ago, Hip-hop and R&B played second fiddle to pop, rock and indie. Now it seems like the majority of chart music is based around this and it’s the new “pop”. Rock and indie now plays second fiddle. I guess music is cyclical. However, that does not impact my music creation process. I write what I feel, in the style that flows out. My music is what it is.

I am most afraid of…
I’m more afraid of not graduating University with a good degree, than I am about not “making it in music”.

My personal definition of success is..
Teaching myself to play instruments. I’ve taught myself guitar, keys, bass and ukulele. There is no substitute for practicing. I have photos of my fingers mid-gig where the blood has sprayed everywhere and you keep going. Practice, practice, practice and then practice some more.

My overall goal for my life & career is…
Graduate University. Find someone to share my life and be happy. If people find and like my music, then that is a nice bonus.

3 Ways that I challenge myself and how each one moves me forward towards my goal.
1) I’m teaching myself percussion (cajon and drums)

2) I’m teaching myself languages (Korean), although I am also learning Mandarin at University and want to learn Japanese when I finish.

3) Stepping out of my English comfort zone. I now perform in Korean, Japanese and Spanish.

I’ve always done “stuff” around singing….
As early as I can remember I auditioned for school musicals and in a couple of them I was lucky enough to get parts. Then when I was about 14, I received a Casio keyboard for Christmas and throughout the holidays, I didn’t stop “plinking and plonking” until I had learned 6 or 7 Christmas carols. My Granddad heard me playing and said he didn’t know I was musical lol. The next thing I know and he dropped off an old electric guitar and that was it really – I haven’t looked back!

The Way Life Is…
I wrote this song because I think it’s about time people realized that there are bigger issues and concerns in the world besides who each celebrity is dating and all of the stupid “Hollywood” scandals in the world. Also, because the trouble making people of today have no respect for anything and think they’re the royalty of the world as they create havoc while carrying weapons. We have bigger things to be dealing with than people who have no respect, who could easily take a look at their life and think “wait a second, I’m better than this.” It angers me how change could be within our grasp if people stopped being so closed-minded and started to think about not only life now, but life for future generations too.

I just sat down and had an inkling of an idea and an hour or so later and this was the result. I think I was about 17 when I wrote it. I do get into an empathetic state when writing, so dependent on the song, I can actually have a beaming smile or tears in my eyes as I write. This song made me angry.

My debut EP, “The Best Damn Ride”…
is a definite 7-track mix of bluesy pop, synthy 80’s style pop, love songs tinged with regret, all the way through to pure live acoustic songs. I had a tough time deciding on the songs for this EP. I had plenty of themed ideas. I think I had written about 40 songs by this point, so whittling it down to 7 took a long time and as I was going through that process, I was writing more and more, making the process harder. In the end, I decided to use the EP as a showcase of what I can do, rather than as traditional collection of songs. If people come away from listening to it and think, “wow, she’s not a one-trick-pony”, then I’ll be happy.
Purchase the tunes: https://itunes.apple.com/gb/album/the-best-damn-ride-ep/id900291201

I am now at University in Nottingham…
but I went to school in Leeds where my Mum lives and mainly gigged near my Dad’s in Oxfordshire. So, I guess I know more about the music scene there than Leeds. Many of the towns in Oxfordshire have a lively music scene with promoters and venues supporting unsigned artists. There is plenty to see and listen to from Banbury, all the way down to Oxford itself.

AKA (Also Known As) is probably the main music venue in Banbury, although there are loads of other, from Naomi’s café with her acoustic nights, thru the ATIC, Vaults, Reindeer, etc. But the bigger more lively venues (as you’d expect) are in Oxford. I’ve played a few of them over the past couple of years thanks to various promoters (Chris Oakes, Chris Padmore & Mark Osprey-Obrien to name but three). Venues such as The Bullingdon, Jericho Arms, Wheatsheaf, Cellar & the Oxford O2 all put on 2 or 3 nights every week for unsigned bands and generally get a very good crowd.

I love to perform in Korean!