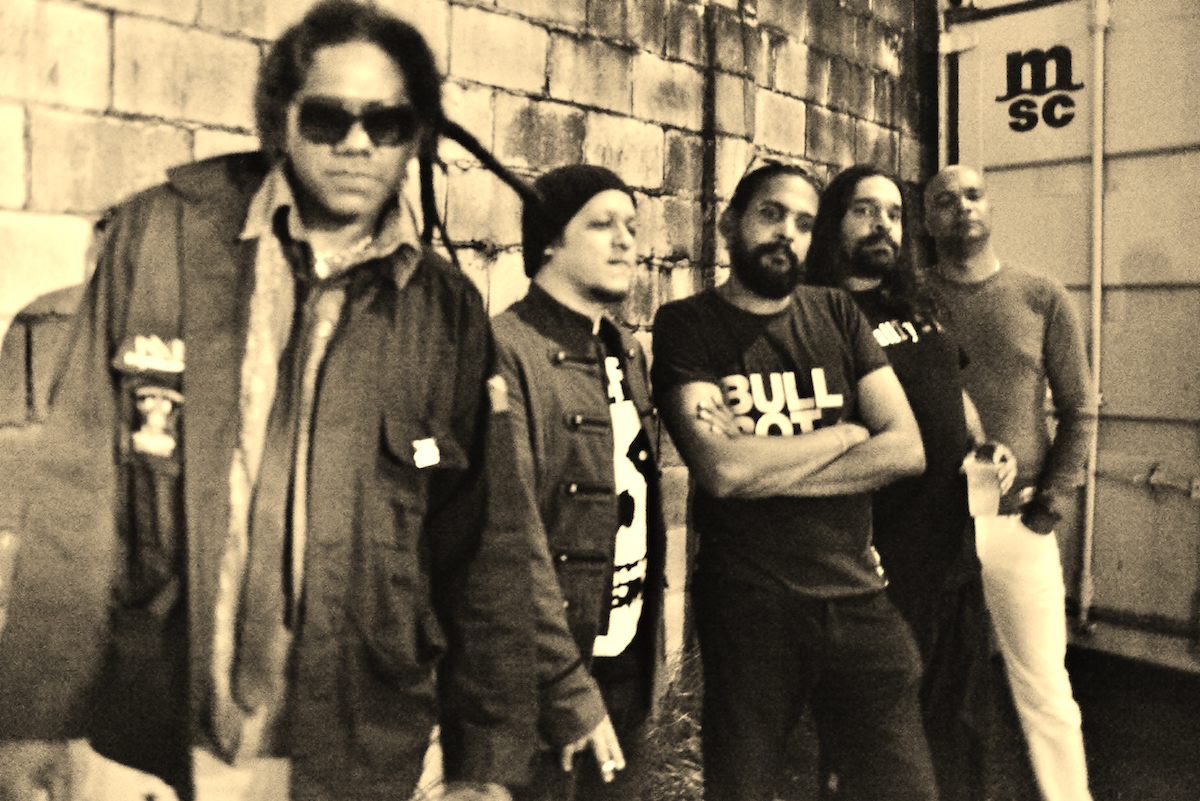 ” I Started by just watching some close friends fooling around on a guitar and they were also listening to rock n roll albums which was all new to us in Trinidad and Tobago. It did not take me long to be instantly hooked on it. Changed my life forever. “- @jointpop

I Started by just watching some close friends fooling around on a guitar…
and they were also listening to rock n roll albums which was all new to us in Trinidad and Tobago. It did not take me long to be instantly hooked on it. Changed my life forever. And from that crew of friends, I remain the only one that play in a band. Guess they are smarter than me.

Simply Beautiful….
It came from a songwriting session we had. Phil Hill , the keyboard player, started hammering the opening riff, and I told him just don’t stop, so I just got some lyrics flowing and it turned into this song. The lyric “ You’re Simply Beautiful” could be directed to a spouse, your kids, your band-mates, your country. Its just an honest statement. itunes.apple.com/us/album/quicksand/id973986324

The song was recorded as part of an album recording process…
The producer Paul Kimble from Seattle, of the USA band Grant lee Buffalo just told us to relax and enjoy and kick the groove in. So it was all very simple and done in maybe two takes for some parts and one take for other parts. No big recording secrets really. Just do it.

As I recall now, our National football ( soccer) team had just lost a very crucial match, which we all gathered at the studio to watch on TV. And then I had to go do the vocals and I just could not muster any vibe or feelings after the match. So we just locked off for the night and did the vocal the following day. The fun part would be us checking the rough recordings and all dancing around and happy about it. The match result still hurt though.

With this new album QUICKSAND…
we know its our best album to date, which tell us we are moving in the right direction and that we still have the passion and commitment to writing songs and being in a band. Its no secret that we need to get this album heard by a worldwide audience and that is beyond us as an unsigned band. So we are looking around for International representation from labels, management etc to take the band to the next level on the international stage.

We all live and we are all from Trinidad and Tobago, The Caribbean…
The fact is, we can’t get any bigger in Trinidad and Tobago. That’s just the way it is, and it wont change. We respect that. Our music at home is mostly Calypso, Soca, Steel-pan, reggae and Top 40 hits, and that’s just fine, the rhythm of the Islands. So we will be forever underground, we cant change that. So touring UK, Europe and USA is our lifeline. Quicksand. Easier said than done, but that’s what we do.

Of course the great beaches, good bars and restaurants and most import is meeting the cool and friendly people of all races and creeds.

I am a sports loving person…
watching and playing lots of football, golf, cricket and I’m also a family and friends person so just being with them makes me very happy.

Music business…
I love Rock n Roll.. The business side is another story.

Pros and cons have you experienced…
We are happy writing songs, recording and playing live and then when it comes to getting heard then that’s not easy but we have to do it .

Hurdles and pitfalls…
We are together for 20 years, so we must have worked out someway to deal with it. But its all down to everyone in the band being on the same page and having a very close and brotherly relationship.

Social media…
Everything..without it it would be very hard for the band to exist in the modern world.

Have you found any challenges that you’ve had to overcome…
Not really..fact remains you just have to use it to spread the word.

Singles vs an album…
We always record full albums.. seven to date. Then we choose singles from them, so no problem really. They all cost lots of money really, so if you have any budgets then it can be good, but as an unsigned band, you really have to be creative in your marketing.

I would love to have 5 minutes alone with…
Bob Dylan..because he is Bob Dylan. Some people go to school to learn to write songs. I just listen to Dylan , that’s my songwriting education. And I’m far from the only one.

I am most afraid of…
Nothing.. I have my wife, my children and my family, and will always.

My personal definition of success is..
Just having the band together for all these years. With them all being happy with what we do.. That is our success.

My over all goal for my life & career is…
Honesty. As a human and a rock n roll band.

3)Listen to advice on music from others but don’t take the advice.