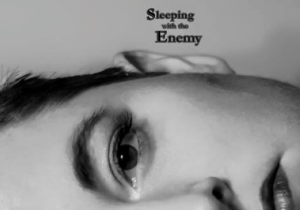 “Success is loving the journey you’re on and knowing you will get to where you need to be eventually.” @TrueKaylaJay

GETTING TO KNOW KAYLA JAY
by Jacqueline Jax

Success is when…
you wake up in the morning, look in the mirror, and you can honestly say you are happy with everything. Happy with how you look, how you feel, what you do for a living, the people you have around you, and where you lay your head at night. Success is loving the journey you’re on and knowing you will get to where you need to be eventually. I don’t know that I’ve reached my ultimate level of success, just yet, but I am enjoying the ride.

Making Music A Career…
I’ve loved singing and playing piano since I was a little girl, but as far as wanting to make it a career, I don’t think it occurred to me until a few years ago and my husband bought me a little M-audio bundle which allowed me to start making my own tracks… At that time, I didn’t even know how to connect a mic to be able to use it in-program. I just can’t stay away from it. It’s my creative outlet; It’s where I store my heart and soul. Anything happening to me or around me is what you’ll see coming from my corner.

“Angel on the Loose”…
For me the song is relatable because it tells the story of someone who kind of ends up doing the wrong things for the right reasons, and I really think that everyone, at one point or another, can see where they’ve done that. At the end of the day, we’re all just trying to live the best we know how. The track itself started with a simple baseline, which became the backbone of the entire track. After I built it up a bit, the first line came to me as I was humming a melody over top, “This halo’s not enough…” I was having sort of a melancholy day where I felt like I wasn’t really living the way I portrayed myself to the outside world. From there, throughout the track, there are nods to different life events of mine… My grandmother’s passing, to the role my son plays in what I do… “Angel on the Loose” is what you would get if you wanted to see me on a plate. (Purchase my music on iTunes. : https://itunes.apple.com/us/album/sleeping-enemy-single/id952744259 )

Sleeping with the Enemy…
The title of my EP is called “Sleeping with the Enemy”. It’s a few songs that really capture the turmoil of relationships with a significant other, the outside world, and oneself. There’s a song on the EP for each of those connections. These are issues we all deal with on a regular basis. I think there are times when we all feel like we’re alone, but the reality is, there are a million other people who are feeling the same way or worse. Sometimes, our significant others are jerks… sometimes, we just get in our own way, and sometimes, we don’t see the people we have around us who want to lift us up. I just want to point that out… There is always someone who can relate, and always someone who can help you to your feet.

Camden County, New Jersey…
There is a cool underground hip hop scene developing in this area of Jersey. There are a few really good artists just waiting to come up. I’m new to the music scene myself in terms of putting my own out. Beforehand, I ran live sound for a local cover band. The cover band scene is a pretty big thing here. You can find them at pretty much any local bar on any thursday through sunday.

When I’m not doing something music related, I like to play Quidditch, yes, the Harry Potter game. What people don’t understand is that it’s fairly well removed from Harry Potter at this point. It’s a co-ed, contact sport, best described as a mix between rugby and dodgeball. And yes, there are brooms involved. It’s a lot of fun, but it can be kind of dangerous. Last November, I took a bad tackle and fractured my femur at the knee.

I Would Love to Have 5 Minutes Alone with..
If I could choose one to have five minutes alone with, I would choose Lady Gaga. She’s a brilliant mind,,, A songwriter, a musician, and an amazing performer. She is what I wish I could aspire to. When pokerface dropped, I knew in an instant she was going to be huge. I have never met her, but I was in attendance at one of her concerts where I was just 5 rows away from the stage. She could have spit on us, we were that close. She is one of the few people I could see myself becoming starstruck around.

Music Trends..
There is absolutely a focus on being current and trendy. How many times do we hear a song by a new artist one day, never to hear from them again? It’s about being a cash cow. Unless you’re so big the label can’t afford to lose you, you’d better be amazing and keep being amazing because you’re walking a thin line between having the yes men at your feet, or finding out your contract was for one song. There’s also the issue of what one looks like going into entertainment. People seem to want to measure themselves up against what is largely unattainable. I’m not bothered with all that. I’m your girl next door who just happens to be good at making music and I want to share it. What I like about what I’m doing here is that it’s all me. It’s genuine. I don’t have to worry about someone telling me what I can or can’t say or sing or write. I need that freedom. I think a lot of artists need that freedom.

Bio:
Born to a military family in Maryland, Kayla experienced life in places such as Spain and Ireland, the North Carolina country, and New Jersey. These experiences have helped shape her love for music, art, and culture. Kayla Jay is a driven, passionate and charismatic artist with a unique approach to her blend of Pop and R&B.
As opposed to only performing, Kayla composes, writes and produces all of her content, allowing a deeper involvement of the artist at the most important stages of the creation and production process. Kayla Jay’s music is can be uplifting, even at times utilizing dark melodies, with thought-provoking lyrics. Her voice delivers smooth, soulful Pop and R&B vocals over ballads and dance tracks alike.
Social Media:
Twitter: https://twitter.com/TrueKaylaJay
Instagram: https://instagram.com/the_official_kayla_jay/
Facebook: https://www.facebook.com/pages/Kayla-Jay/732241616867738
Soundcloud: https://soundcloud.com/spacedoutstudios
Youtube: https://www.youtube.com/watch?v=KhGoAhHxhdk
Share
Facebook Twitter Pinterest Linkedin