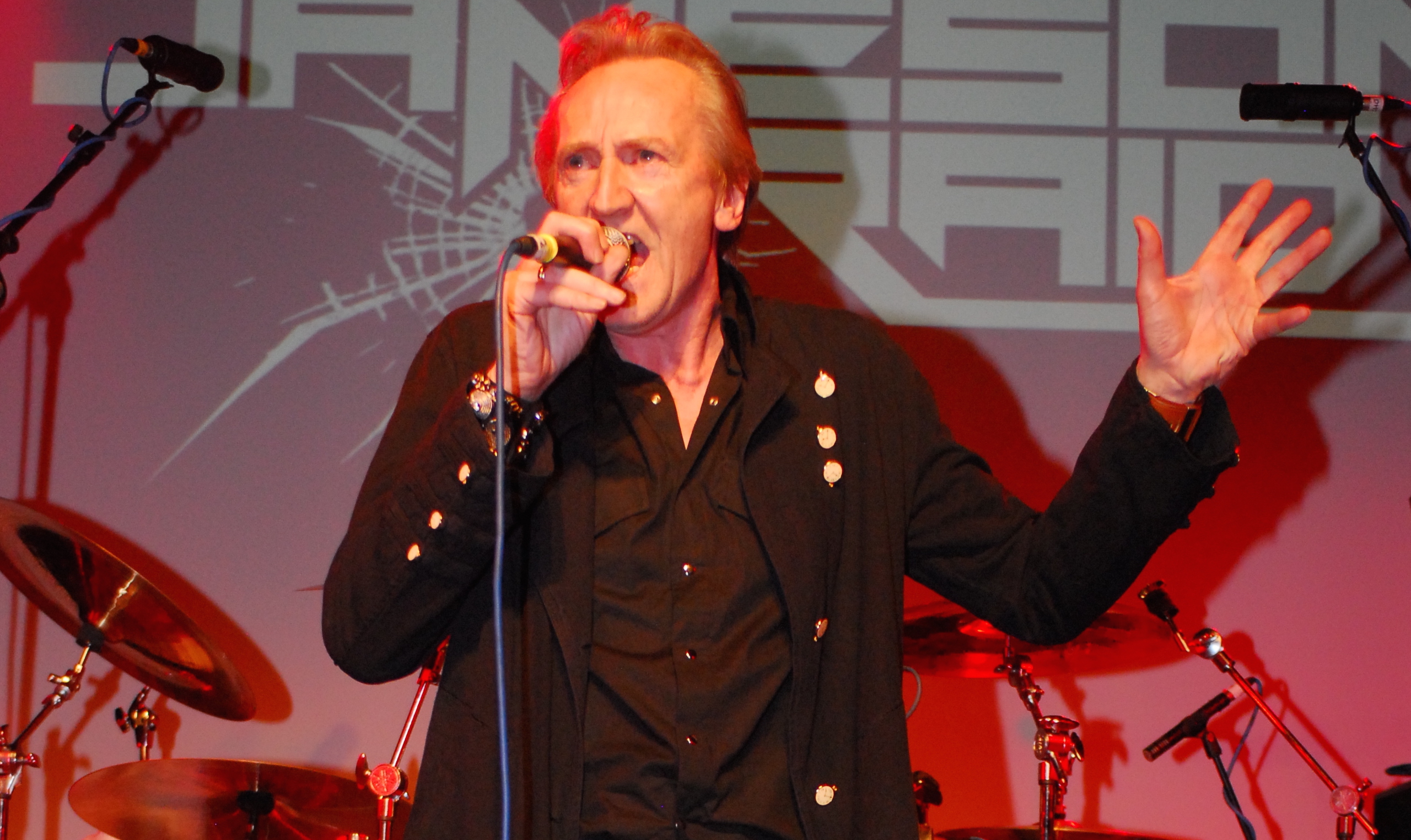 “I’ve hated the music business for a long time… It’s fickle as a part time lover and can bite like a rabid dog but I love making music so I’m stuck with it! It’s kicked & beaten me, pushed me up & slammed me down & I struggle through it with sheer perseverance.” @BandTerry

I’ve hated the music business for a long time…
It’s fickle as a part time lover and can bite like a rabid dog but I love making music so I’m stuck with it! It’s kicked & beaten me, pushed me up & slammed me down & I struggle through it with sheer perseverance.

I love social media platforms…
for their ease of access & personal touches but, on the other hand, I’ve a rather split personality so I like to give it all on stage or in the studio and lead a private, quiet, home life. These 2 things don’t blend well and I have to force myself to be outgoing on social media. I say things to myself like, ‘I will make new pictures soon. I will. Honestly. Soon.’

With Uninvited Guests…
I had a need to make a full length album but now I’ve done that I think a single or two would be good. The reason is that making a single is a lot less intense. 11 songs being crafted & molded, recorded & mixed was very hard work both mentally & physically…so let me make a couple of singles, please?

The marketing is…
also much easier as you don’t have to decide which record to promote or which one to send to this radio station or that college. There’s only one; take it or leave it. It’s all I’ve got!

I don’t admire many people…
certainly not film or rock stars so it would be someone like Henry Kissinger who deservedly won the Nobel peace prize, & has through his continued efforts stopped & prevented wars, saving countless lives. In my 5 minutes with him I would say thank you, over and over again.

Current & Trendy…Oh! How I hate the music business!!

What I’m most afraid of…
Recently, astrophysicist Stephen Hawking whom I also very much admire, expressed his fear that humanity would wipe itself out within the next 20/30 years if it wasn’t very, very, careful, I’m afraid he’s right.

I was very proud when…
‘7 Days of Splendour,’ a song I wrote for Jameson Raid, was voted in 2012 into the top 250 Metal songs of all time by Germany’s leading magazine, Rock Hard. It will obviously be around long after I’ve gone and that makes me feel good.

I would love to have some late success in my career….
It would be the icing on my rather small career cake, a small muffin really. A few sprinkles on top would be great!

3 Ways I Challenge myself…

1) I challenge myself to write better songs, with magical lyrics and hooks no fish could refuse.

2) I (will) try to be more social which I’m sure would boost my ‘sprinkle’ ambitions.

3) I also try to stay realistic. All musicians must realize that very few make it. Taking small steps can move you forward, eventually a long way.

A very good friend taught me some guitar chords & I was hooked…
He also told me we would meet lots of pretty girls & make plenty of cash. I was hooked. Only 1 of these things happened, I learned to play guitar & write songs.

Truth & Heresy
is a song I wrote together with Pete Green, a good friend.

The plot:
Adventurers brave the high seas to plunder treasure from a temple deep in the jungle, and they succeed. They bring it back to their sailing ship, the SS Idol Tearz but with the treasure comes an uninvited guest! Something so evil it kills the crew & sinks the ship, leaving only 1 devastated survivor to tell the story. I think you can hear the sea and feel the waves, & I was able to layer the chorus vocals in such a way that a listener can choose which melody line to follow.

During the mixing the ship’s bell sound was accidentally left on but somehow blends in until the final seconds.

My music is full of stories…
and I think people expect to hear them from me; I do try to raise the bar with lyric writing.
Although Jameson Raid has existed for many years ‘Uninvited Guests’ is the first full length album with all new songs, and the aim has been to modernize the sound, create great songs with a loose theme & at the same time not lose the band’s core sound or sight of our origins. My unequivocal feeling is that this has worked and I’m truly delighted by that.

Uninvited Guests is the theme that runs through the songs…
they are legion in our lives, from fleas to ghosts, our Ex’s, nightmares, jehovas Witnesses, drug addiction and even the sunset.. All these ‘guests’ & more appear in the eleven songs. I really hope that people like it & appreciate the songs as well as the standard of musicianship, the now ex band members bought to the table.
I’ll be marketing it in any way I can.

I now live in the Netherlands…
the land of windmills & tulips. With only 17 million people the music scene is limited but healthy. Large & small bands appear in our local theaters and clubs plus in Amsterdam our biggest city which has some larger venues.