“I focus on what I want to do and what I have to do. My reliance is not on anyone but myself because at the end of the day, it’s my project and I have to have it completed regardless of the negativity.” – @nxicon

GETTING TO KNOW NXICON
by Jacqueline Jax host of A.V.A Live Radio

Music business…
I enjoy the music business because it’s ever changing. I don’t care for a lot of the new artists or the industry as a whole because of various reasons but the business and its challenges, I like.
The pros…
are being able to perform and to be heard. Being interviewed by different people and just the idea of my being able to create something that people like to hear.
The cons…
are phony people that make promises that they can’t keep or the ones that can’t, don’t or won’t show up to studio time or performances.
Hurdles and pitfalls…
I focus on what I want to do and what I have to do. My reliance is not on anyone but myself because at the end of the day, it’s my project and I have to have it completed regardless of the negativity. 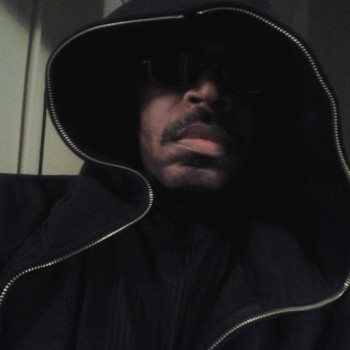 Social media…
I like social media because it allows me to reach an audience that I may not be able to reach on my own. As long as it’s used for what it should be used for, social media can be a major asset and boost to a person’s career and/or business.
Just trying to be worldwide dominating in the music.
Singles vs an album…
I’m not opposed to either one. The single draws an audience’s attention and hopefully if done right makes them want to wait for the album release. I always try to release a single or two prior to the album release so that my audience knows what’s coming.
There really is no difference to me because any avenue of marketing is a viable avenue of marketing. The point is to get the word out that you’re here and want to be heard. How you do it is always open to how bad you want to be heard and what you’re willing to do.
My mother got me interested in music when I was young….
She was/is a gospel singer in a group called “Voices of Freedom. They had done an album that I found and that made me want to explore and make music.
Goin On…

is about the woman that has it all together. She knows what she wants, where she’s going and what her worth is. She settles for nothing less than what she wants and basically, if you want a woman like her, you have to meet up to her standards or she has no time for you.

It’s just a song representing a lot of the women that I grew up seeing and grew up around. The strong, independent hard working woman. Like the women in my family.
The only sad thing is that there was supposed to be someone else doing the hook on the song but they had too many excuses for not coming to the studio. That’s when I met SIVAD who does the hook . We vibes and the next thing I knew, he was on the hook and Goin On was completed.
What’s special about my music is…
that there’s never any demeaning or degrading of women in any way shape or form. I refuse to refer to women as bitches and hoes because I have sisters, aunts, nieces and my Moms especially that mean more to me than what other so-called men seemed to care about. There’s also something for everyone in my music. I even do some slow sexy stuff because you can’t be hard and thuggish all of the time.
I live in Atlanta, Georgia…
but originally, I’m from Grand Rapids Michigan. I moved here because the sound of my music didn’t fit the mind states and tastes of the Michigan music scene. I had more of a West Coast style. Moving to Atlanta opened me up to a bigger variety of music, sounds and influences and allowed me to expand into the artist that I am now.
I would love to visit every state in the United States and then move to see other countries and then the world. My music is in so many places right now and I would love to visit all of those places. Iceland, Finland, Australia, Indonesia.
I love to write. I’m currently proofreading my third novel “BRUTAL” which is due for a December release. I have two others “LOVE FOR THE GAME” and “LOVE FOR THE GAME: BALLS AND MY WORD” that are out now and next year, I will be working on the final book of the trilogy.
I would love to have 5 minutes alone with…
ICE CUBE just to pick his brain and learn some tips and get some advice to excel me to the next level. Cube has always been reinventing himself and is just a beast at everything he does.
Music Trends…
I don’t pay attention to the trends. At least I try not to, The music now is so diluted and polluted that there really is no trend. Artists today are just in it for the money and not the art of music.
I am most afraid of…
Music becoming totally idiotic and lost from its intended purpose.
My personal definition of success is..
turning new people into fans and having my music heard.
One success story is the time that I had a guy from a radio station in Australia that didn’t care for rap music. He heard a song I did way back called “MAMA’Z BA-B” and liked it so much that he had to play it on his radio station. To have someone that doesn’t like rap and to be in another country be moved by my music was a sign of success to me.
My over all goal for my life & career is…
to be at the highest level of my craft. To elevate and motivate myself and others to be the best and to establish a path of success that can be followed by others.
3 Ways that I challenge myself…
1) I always write
2) I continue to learn the business and all it’s intricacies
3) I always ask questions
Bio:
NXICON originally hails from Grand Rapids, Michigan and got his musical start from performing in various freestyle groups in both Grand Rapids, Lansing, Michigan, Jackson, and Saginaw.He became an independent artist and producer and moved to Atlanta to further pursue his music career by performing in thew SWEET AUBURN FEST, at THE EARL, the RED LIGHT CAFE and has also performed at the ATRIUM and the APACHE CAFE. He’s released three self produced projects that are all available online.He is also a talented videographer having produced and directed his own music videos which are also online (http://www.youtube.com/nxicon3). He’s hosted his own short lived online program entitled “THE ICON CHRONICLES” which is slated to begin again in 2015. His first love though is his music which he is back in the studio working on the next installment.
NXICON has been fesatured in NEXT ICON magazine, LULU Sound Magazine and WARPED Magazine and most recently in RUDE BOY MAGAZINE. Publications have had this to say about NXICON:
DSR MAGAZINE
“This is an out standing performer, his music is captivating He is getting lots of radio play with DSR and UNIR1.FM WE LOVE HIM!!
Ragani
“I listened to NXICON’s tracks—he’s got a terrific voice that really carries the vibe.”
“I like how you add a little Old School flavor to some of your songs.. Nice groove!”
– David Virgil,
From an Artist to an Actor (Lottery Ticket, The List, The Rickey Smiley Show) to an Author (Love for the Game: Book One, available online), NXICON is making his mark in the entertainment industry. Still the underground militant, N X I C O N has changed management to return to the forefront stomping with a fervor unmatched in this game. He’s looking to make himself a household name with his unique brand of Rap and Hip Hop. Determined to make his star shine, he’s well on his way to doing just that. You be best to not sleep on this underground star.
Social Media:
www.nxicon.com
www.reverbnation.com/nxicon
www.soundcloud.com/nxicon
www.facebook.com/nxicon
www.twitter.com/nxicon
www.instagram.com/nxicon
http://nxicon.tumblr.com/
Youtube: http://www.youtube.com/nxicon3
music buisnessNXICON
By admin12/05/2015FEATURED POSTS, MUSIC