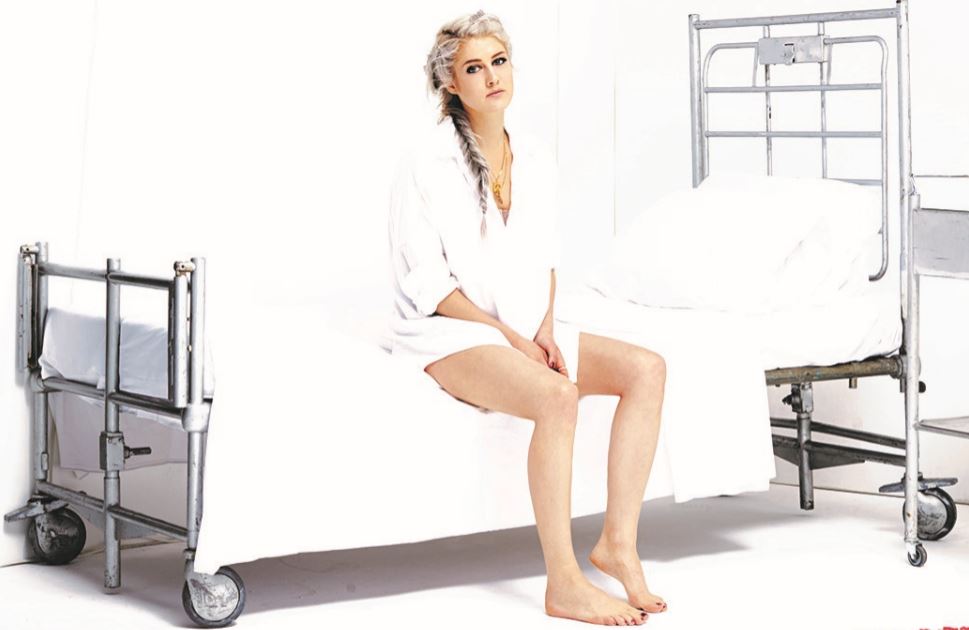 I think it’s a lot harder nowadays to make a living in the music industry
because of the way music is now consumed. The flip side to this is that it’s far easier to get your music out there but it is an increasingly crowded market and you need to be trying something new and different to really stand out @glitchcode

GETTING TO KNOW RACHEL HARVEY FROM GLITCH CODE
by Jacqueline Jax host of A.V.A Live Radio

I think it’s a lot harder nowadays to make a living in the music industry
because of the way music is now consumed. The flip side to this is that it’s far easier to get your music out there but it is an increasingly crowded market and you need to be trying something new and different to really stand out. Shows like X Factor have turned parts of the music industry into a factory that produces artist after artist who are all clones of each other with just the odd diamond shining through. Bands used to be able to develop over a few albums and labels would invest in that development but with the world now demanding 24/7 instant gratification those days are gone and artists come and go at an alarming rate. We have tried to do something different with our album by releasing it in a book format and trying to present something unique to match the sound. As far as pros and cons the main pro is that as we are with an independent label we get to put out the music we want to put out there on our terms. The main cons are getting yourself heard in amongst all the acts manufactured by TV “talent” shows and labels pushing the next big boy/girl band.

If it was anyone alive or dead,
I would have to say Prince. He had such an amazing, enigmatic presence. I would love to have caught a glimpse of the man behind the legend and watched him craft and perform a song. For Paul I know he would immediately say Kate Bush as he is a great admirer of her unique sound and songwriting ability and she is a big inspiration on his own creative process where he will use electronic and acoustic instrumentation to get that great mix of natural organic sound with the distorted edge of electronica!

Glimmer from the album “Gifted_Damaged”

“Glimmer” is about there always being hope no matter how hopeless a situation seems.
It’s about picking yourselves up after a setback and being positive and always looking for the best in any situation. It means a lot to both Paul and I as we both went through some difficult times before the recording of the album, but, in the end, stayed positive and made the album we always wanted to make together from when we first met years earlier. It was one of the first songs Paul wrote for the album around the Gifted_Damaged theme and evolved over a couple of years to the final version which we decided would be our debut single and video. It was recorded between Paul’s studio at his home and the iconic Dean Street studios in Soho (David Bowie, T-Rex) which were used to record the strings with the vocals being added at Tileyard Studio’s (Mark Ronson, Temper Trap) also in London. The album was mixed at Tileyard and mastered at Alchemy Mastering in London

The album “Gifted_Damaged” was written with the theme that with creativity
there always seem to be demons that surface as addiction, violence, mental health issues, reclusiveness etc. It could be music or art or film or theatre but there are countless stories about seemingly great artists and performers who have complex issues or histories of abuse or abusing. Think of Syd Barrett, Phil Spector, Elvis, Michael Jackson, Van Gogh, Prince, Kurt Cobain and Philip Seymour Hoffman to name but a few and you can see that the demons are never far away from these creative types. This really struck a chord with me as I was recovering after a 7 month stay in rehab for addiction. I was piecing my life back together and many of the songs resonated with my own situation. When I was singing in the studio, I was singing about having been broken, but also about feeling hope and strength, having survived. The artwork for the album was shot by Laurence Stevens (Eurythmics, Muse, Morrissey) and actually portrays me in an abandoned asylum and features the “White Room” which is track 2 on the album. There are actually lots of hidden clues in the artwork about the meaning of the songs so I won’t give too much away and see what the listener can discover! Sonically the album is a great blend of electronic and acoustic instrumentation with lots of strings mixed with heavy guitar and driving rhythm and the sound is quite unique to Glitch Code. There have been some amazing reviews of the album with one reviewer calling the album “An apex of sonic brilliance” which for us both was the ultimate accolade for the sound we were trying to achieve.

I live in London and the music scene is vibrant and eclectic!
There are loads of venues from stadia to small intimate pubs and clubs so there is always something to go and see
and listen to. There are also some great buskers on the underground and a vibrant street scene in the summer months so it’s a great place to live as an artist.