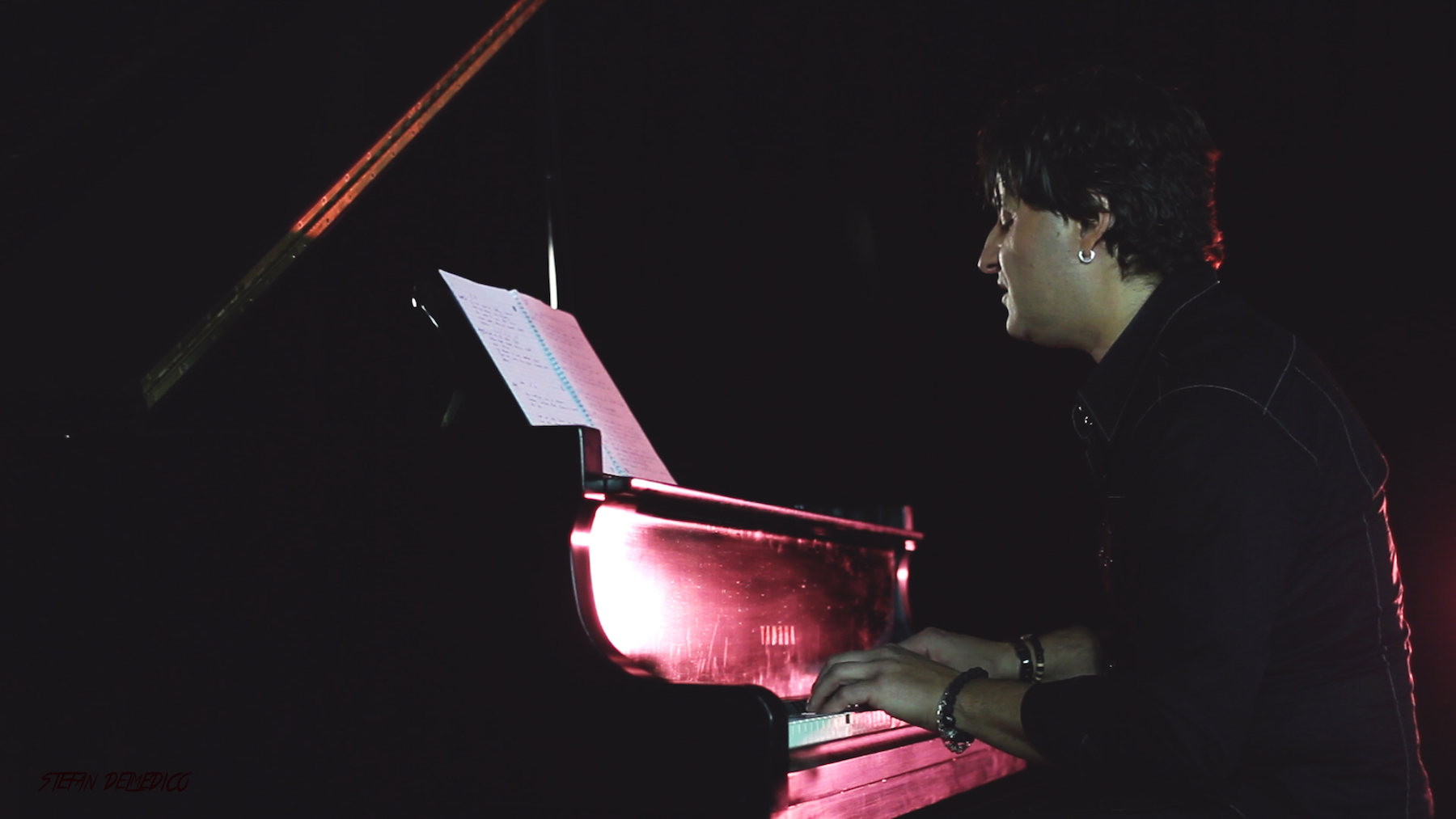 ” Music business is very hard to break into but once you are in the mix and fans like your music your good to go. People will always want to hear what you’re working on next. ” – @dommarkz

Listen to the Interview
Episode #303 : A.V.A Live Radio Behind The Music with Jacqueline Jax :http://www.blogtalkradio.com/avaliveradio/2016/03/03/episode-303-ava-live-radio-behind-the-music-with-jacqueline-jax

Music business…
is very hard to break into but once you are in the mix and fans like your music your good to go. People will always want to hear what you’re working on next. I have met some great people in the business who have helped me to grow as a writer and musician and I’ve met people on the other hand who were not so nice and for lack of a better word assholes! I love music and I like to write songs and share my journey to whoever would like to listen. I do this for me, this makes it easy to continue moving forward. I absolutely love the process of writing and recording and hearing the final product, its like a drug, I can never get enough.

Social Media is…
great because, it allows anyone to reach an audience in any field and business. You can upload a song and get an instant reaction good or bad. The only challenges I face sometimes is when my computer is slow. The only thing a computer and social media cannot give you is a live audience, there is no other kind of energy that a live crowd can bring.

Singles vs. an album…
I like releasing singles because you can put all your focus on one song and there are so many ways to market a single. For example, releasing a video for the single can create more buzz for the song. You can also get your song on a compilation that can reach a different audience and get more fans interested in your song catalog.

Music Trends…
There sure is an emphasis on being current and trendy in today’s music biz as there always was. If you want to reach radio and a large audience that seems to be the road you must take. In saying that, you can still create great songs and not worry about trends, just be who you are and be honest about your song writing. Honesty in songs can take you a lot farther along; it can also create new and exciting trends.

I am most afraid of…
growing old and not being able to write or perform anymore. I guess that would be the honest answer here.

My personal definition of success is..
Doing what you love to do and finding a way to make a living at it. I have been lucky and successful in more ways than one. I have had the pleasure of opening and touring with my favorite bands like, Bon Jovi, Def Leppard and the Scorpions The experience was great and it has tough to me so much about the industry and performing in front of large audiences. I have also recorded in the best studios and played with great musicians along the way. I have learned so much from all these experiences and it’s made me a better person and musician. I have achieved this success because I work really hard at trying to be the best I can be always and I’ve been surrounded by good people who believed in me.

My overall goal for my life & career is…
to continue writing and recording music and sharing my music with the world. To become the best I can be always and to inspire people with my music. I believe music can break down the walls and barriers, it has the ability to bring us together and thru music we can achieve Love, Kindness, Understanding and world peace.

3 Ways that I challenge myself…
1) Try and write a better song than the last one I wrote.

2) I continue to practice my singing and playing

3) I always try to find new ways to promote my music. No matter how big your successes are always try for bigger and better. Be the best person I can be to my family, friends and people I meet. I Appreciate that I have a gift and I am thankful.

At a very young age…
I was always interested and fascinated with music and musical instruments. At the age of 3 I would craft my own guitars and drums out of boxes and elastic rubber bands. For drum sticks, I used wooden spoons. When I saw Elvis on TV I knew then, I wanted to be a singer . I started playing bass guitar in the school concert/stage band and I guess that would be the beginning of my musical journey

When It’s Tough To Be You..
is about the up’s and downs one goes through in life, we all go through it. Believing and keeping the faith and moving forward are the true tests. It’s all about the journey of life and waking up to a second chance, tomorrow’s another day. Well like I said, we all go through tough times and its how you can keep getting back up again. I was having a bad day and things just didn’t seem to want to work in my favor, I had just lost my mom to cancer so I was feeling the hit of that fall and my heart was really heavy. I did what I always do when I’m feeling down, I starting playing the piano and before I knew, the song was written and I felt much better. Playing music is my therapy it allows me to escape and forget about problems I’m going though.

The single is…
a song of hope looking forward to the future with high hopes and having faith in your dreams and visions. I guess this song is an autobiographical look into my life and the adversities I have gone through. I believe many people if not all people alike can relate to the song, as we all go though trials and tribulations, hopefully you can learn and grow and move on. The great thing about the track is, it captures the raw energy of hope and faith and focuses on believing in tomorrow and that it’s OK to feel down and angry, just find that strength and rise up again. I wish like every artist who creates and writes songs, that my music can inspire, move you and reach a large audience. My marketing for this song will be radio, magazines, internet and social mediums and live gigs. I have also placed this song in a compilation CD, the more people that hear the song the more it has a potential of reaching a larger audience.

I come from Toronto, Canada…
I was born and raised their. The music scene is good and it all depends on where you play and on what night your playing. I like simple things like going out for dinner and watching movies. Movies can inspire you like music and films can give you ideas for new songs. I also Love going to Las Vegas I think its the coolest place on the planet.

Bio:
Dom Mar Kz is a singer song writer from Toronto Canada and has been playing and writing music for over 20 years. Dom has toured though out North America and England. His biggest tour was the support act for the legendary Scorpions. Dom has also opened for bands like Bon Jovi, Def Leppard and many more well know artists.
In 2010 Dom Mar Kz and his band MAR KZ recorded their debut album in Nashville TN. It was produced by Obie O’Brien, long time Producer/Engineer for Bon Jovi. The album was well received by radio and fans alike.
Dom Mar Kz crafts his music from the heart, taking life experiences, true emotions and storytelling into every song and lyric. His songs are best described as; “music that will take you on a journey though life, love, faith, dreams and Rock & Roll”.