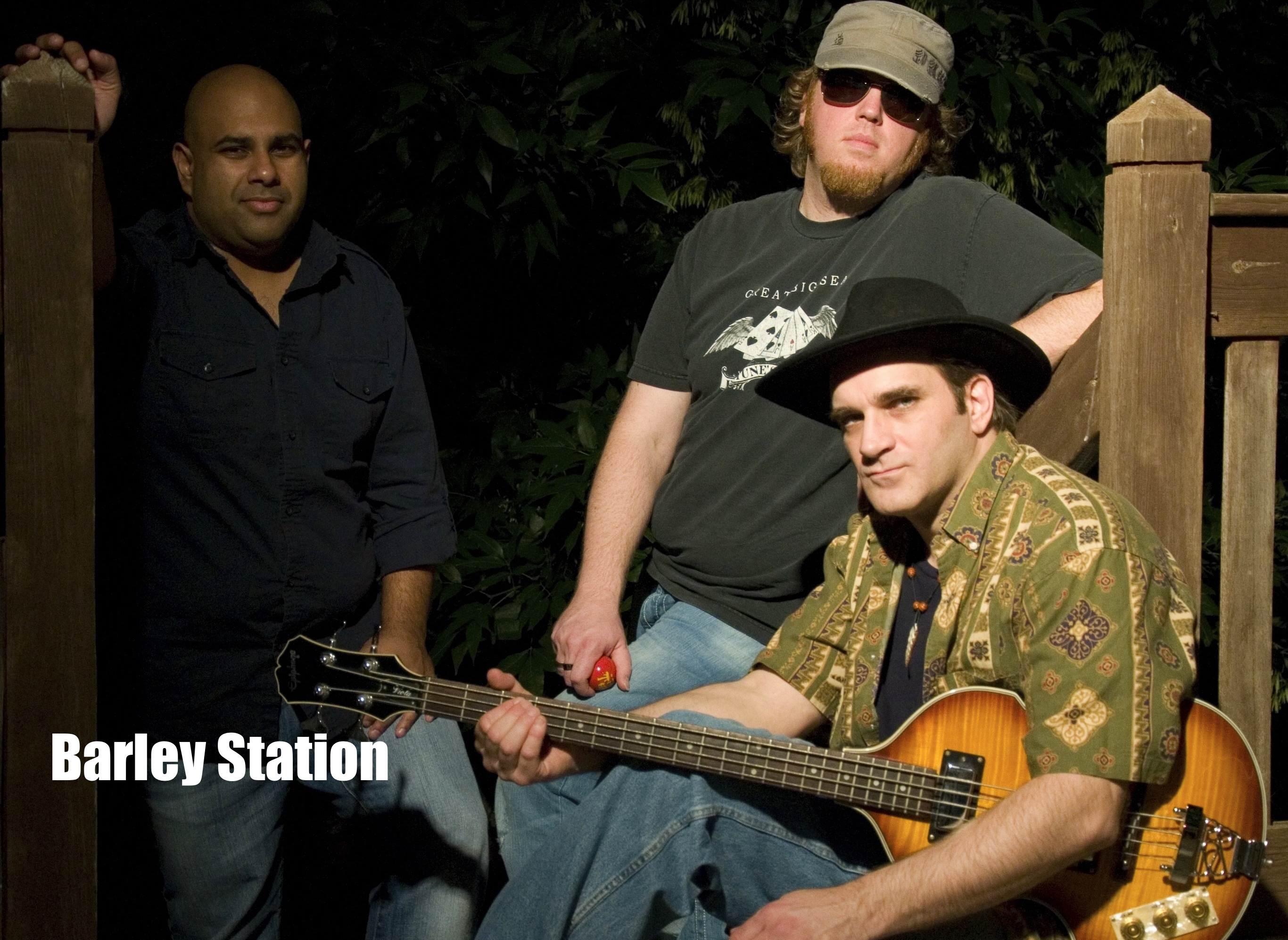 “If you have a great song, it’s a great song in any format. If you let the artist be who they are and let them have their own sound you’d be doing a greater service to the listeners.” – Barley Station (St. Louis) @barleystation

“Younger Summer Memories”
Randy:  is a song that was kind of about how when you are young and naive you may not really know what’s going for you and overlook what should be apparent. In this case, it’s about a relationship and how this girl was dotty over me and I didn’t even know it. Too young to know or care, but it was a glorious time – not knowing. Does that make sense? Then later on you’re both older, you realize your mistake but it’s too late and you can’t do anything about it. She found someone else, and that’s life. That’s the song in a nutshell.
Brian: As I recall, Randy didn’t want a harmonica on this track! (laughs)
Randy: It’s one of those things where I couldn’t picture harmonica working, but it really worked coming in on those staccato phrasings towards the last part of the song and gave it an extra interest. In the creative process, the song was just this upbeat driving rhythm I played on the acoustic guitar. Everyone really loved the chorus after I wrote it and that’s how it got picked for the album. It needed things in between to give extra interest, artistically. It was really, sound wise, a piece that is trying to musically paint what’s going on in the song. Using a sparse bass guitar arrangement on the verses really helped emphasize the movements. It was a really fun song to record and sing. Brian and I spent a lot of time on the harmonies. You might not be able to tell from just a casual listen but they were a bit challenging at time, but it was a lot of fun being challenged.
Brian: Recording the harmonies was indeed tough, but I think this song was easier in that it kind of arranged itself once we decide to experiment in applying more space in the song. We were always guilty on previous recordings of everyone playing and it doesn’t quit till the end.
Randy: And the song as a whole – we just let it be what it wanted to be. And it came out sounding like this…

My start in music…
Randy: I’m not a drummer per se, but I always had this sense of rhythm and would tap beats on the bed when I was very little and was being forced to take naps but couldn’t sleep. I always had rhythms in my head – the sound of raindrops on the gutter outside my window or whatever. Later on though, since my dad and uncle played instruments, I knew I wanted a guitar. I asked for a guitar for Christmas every year and finally got one when I was about 13 or 14. I was glad to get it but it was a right-handed guitar and I’m left-handed, so it was extremely challenging to learn to play it right-handed. But I did. Later when I picked up more on playing the bass I just got a left-handed bass and it felt so much more natural. So you might see me on stage playing guitar on a song right-handed and a bass left-handed. It freaks people out. (laughs) People ask me after gigs sometimes “Hey, wait, weren’t you playing a guitar right-handed earlier? Because sometimes I’ll switch to guitar here and there and Brian will play the bass on a song or two. I grew up listening to top 40 stuff and had those pop sensibilities growing in me. I’ve always had my own little melodies in my head and I guess I eventually just started making them into my own songs.
Brian: My friend Casey Wollberg (who helped with lyrics on “Medusa” and “Never Leave”) and I began writing songs together just out of high school, you know, trying to be the next Simon & Garfunkel. We went through a lot of God-awful band names and cut our teeth on open mics. Our first full length concert was at some “festival” this girl put together in her backyard.

Our Music Scene…
Randy: Well, in this area of the Midwest outside of the St. Louis metro area, you really have the crossroads of music. So many things come together here. I think that’s reflected in our sound, which can really move around a bit genre-wise but it’s who we are. And there’s so many places to go for so many kinds of music. You get a really broad spectrum of music here and if you go out to see a band or artist you never know what you might get. I think it’s fun to hear what all sounds are out there. It’s a melting pot of music.
Brian: Well, I am majoring in Chinese Studies at Lindenwood University, so I enjoy visiting Chinese businesses to practice my Mandarin. That’s always fun!

Social Media…
Randy: It’s a great way to connect with fans and friends and to keep things on a more personal level at times. Challenge is… well, when your internet goes out. (laughs) One challenge though is that I’m more of an introvert overall, like a lot of artists, but can break out of it if you find the right subject. Maybe Brian has a better answer…
Brian: I personally am not a big fan of social media. For as much as it connects us to people around the world it also disconnects us from the 3D world. And it’s one more thing to babysit, you know?

Favorite artist…
Randy: As a bass player my favorite artists have always been guys like Sting and anyone who can play complicated bass lines while singing. That’s very challenging. And for songwriting, I’m a melody guy so I admire anyone who can write a great melody – from the old show-tune writers to The Beatles, to whatever great melodicians are out there today. (Is melodician a word? It is now) That’s what influences me. If you haven’t studied the Beatles you need to. Study all the greats.
Brian: Gordon Lightfoot is sort of like my musical dad. The first time I heard his “Dream Street Rose” album at the age of 3 I knew I wanted to make sounds just like that. I had the opportunity to meet Lightfoot after a concert in Springfield, MO and I’m sure I told him just that at breakneck speed sounding like a complete idiot!

Music Trends…
Randy: There’s a balance, but I think in the music industry as a whole, yeah, there’s a lot of industry people with their ear to the ground trying to see what the trend is and a lot of producers and people like that try to jump on the trends right away to keep their artists current or make a quick buck (at the expense of artistic integrity) but from what I am hearing sonically, they really do the artists as well as the fans of music a disservice when they do that. But there’s also a growing wave to get away from that and let artists be artists. If you have a great song, it’s a great song in any format. If you let the artist be who they are and let them have their own sound you’d be doing a greater service to listeners. It’s good to know what’s going on and tap into what’s good about it, but it’s not good to try to be something you’re not or be forced into a box. But then you have to keep in mind, that when something is fashionable there’s usually a reason for it.
For example, in the fashion world if someone has modeled a real stellar new outfit or dress or whatever and it’s so good that everyone wants one or wants to run with that type of design, well, that’s understandable. But if you are a designer, you need to be competitive and not just settle for that one thing, but keep being innovative and come up with that next best new style or dress or whatever it may be. I’m speaking from an artistic point of view too because as an artist you need to be able to be creative and not forced into any one thing. And we have always been about doing our own thing.
I guess what I am saying as it applies to us, on a personal level, as far as music is concerned, I have always felt that it would be better to be doing something different than to be a trend follower, if you have to be anything at all. But when we write we are usually influenced to some degree by whatever we’ve been listening to at the time or in the past. There’s really nothing new under the sun and you can’t reinvent the wheel, but you can always come up with new hubcap designs. (laughs) Here, Brian will give you the simple and short answer…

Brian: I can’t say I ignore trends or anything like that but when I or we write a song we just write the kind of song we want to hear.
Randy: There you go. See what i mean? The short answer.

My definition of success…
Randy: Being able to do what you enjoy. Finding what you were meant to do or be in this world and doing it.
Brian: I don’t know, going through something and living to tell the tale? (laughs)

If heaven exists what’s the first thing you would like to hear god say when you arrive at the pearly gates?
Randy: “Go to the choir and instrument section”
Brian: “Dude, close the door. The air conditioner is on.”