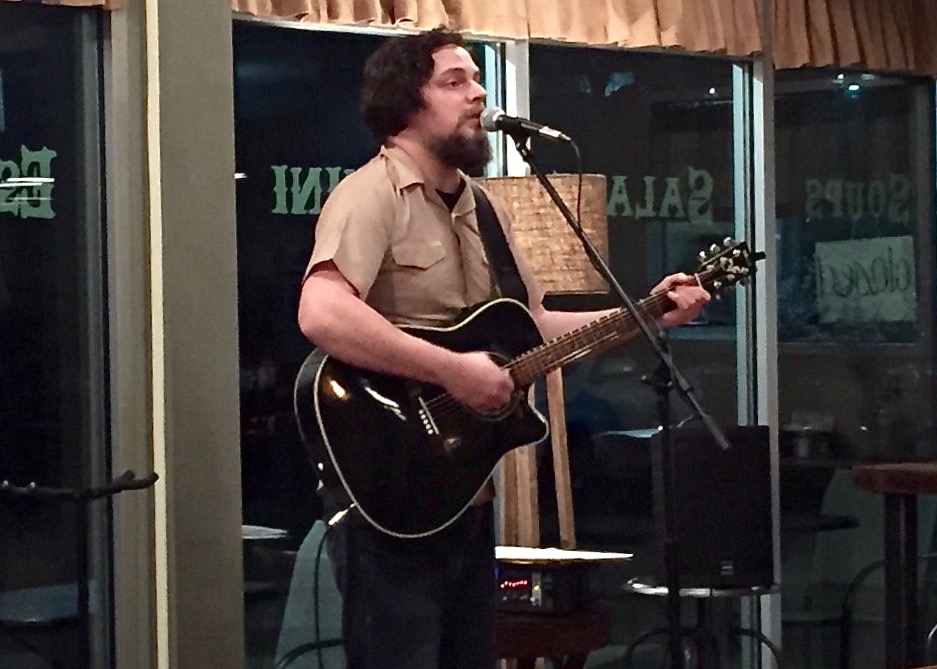 I like that you can put music that you just made out there on social media for people to hear or announce shows, plus get an idea of how people feel about your songs – @swilkinsmusic

GETTING TO KNOW STEVE WILKINS
by Jacqueline Jax host of A.V.A Live Radio

I’m kind of new to the business,
so the biggest hurdle is getting people to listen to my music. People have said that they really enjoy my songs, but it’s still hard to build a fan base.

I’d rather release albums, because I think in terms of albums.
I listen to a lot of prog rock, and most of those albums are best enjoyed as a whole. I would use a single to help promote a future release. So far I’ve only released one E.P., but I have plans for future albums.

Social Media…
I like that you can put music that you just made out there for people to hear or announce shows, plus get an idea of how people feel about your songs. Reverbnation & bandcamp have been great resources.

Anthony from M83.
He has a wide imagination and a good handle on 80’s pop.

I try to avoid trends, and focus on making good music.

Great art is the outward expression of an inner life in the artist, and this inner life will result in his personal vision of the world. -Edward Hopper

We always had instruments in the house growing up,
I’d try to learn songs I liked on drums, piano, or guitar, plus the stuff I listened to was challenging to play. I always listened to the stuff that my brother listened to. He’s a major factor in the music I like.

It’s about meeting with people and pretending that things are ok,
when you’re really stressed and trying not to show it. I did all the instruments & vocals for the song, and my friend recorded it. Of all the songs on No Rain Remain, I’ve gotten the best response from Paint A Face. The drum fill in that song is one of my favorite parts on the CD.

The album has a variety of moods and tempos,
songs with full instrumentation and some solo acoustic stuff. I think I’m most proud of “Saul & David”, it’s dynamic and aggressive and has an odd time signature. This E.P. is significant because it’s my first official release, and it took about 7 years to finish. Thankfully the response has been positive, and it had a great review. I think the important thing I wanted to say with the E.P. was that if you have ideas, to find a way to use them instead of saying life is too busy. I hope No Rain Remain inspires people to develop ideas and be creative. There’s a lot of blandness in the world.

I live outside of Harrisburg, PA.
There’s a lot of places to see live music, coffee shops, bookstores, restaurants, arts centers, outdoor events. There’s really a lot going on. It’s been great having so many places to play. I enjoy skateboarding.