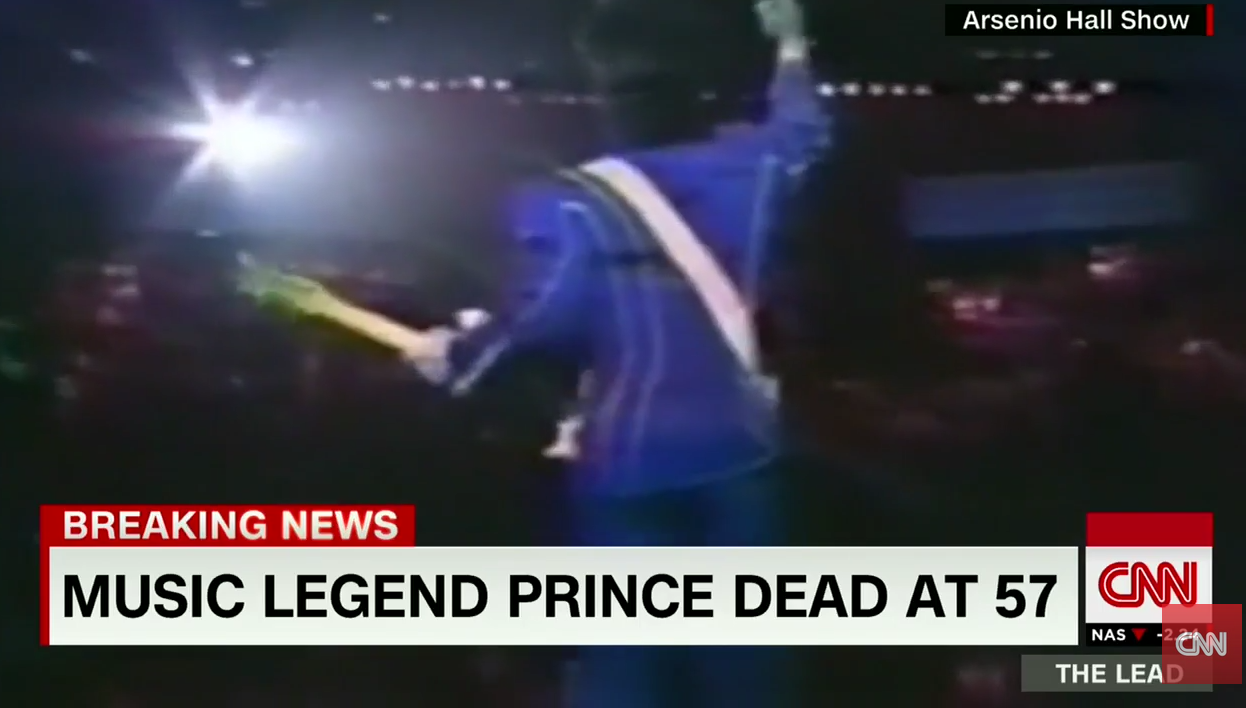 Today the world lost a creative icon. Few artists have influenced art as distinctly as Prince. His music spanned a broad spectrum across multiple genres over almost 40 years. He produced more than a dozen chart topping songs. This is what it sounds like when doves cry!

Prince appeared on a December 10, 1999 episode of CNN’s Larry King Live and talked about his career, his new album and why he changed his name.

A tribute to a legend that has passed too soon, take a look back at Prince’s iconic Super Bowl XLI Halftime Show through a rain and wind storm. Setlist included: “We Will Rock You”, “Let’s Go Crazy”, “Baby I’m a Star”, “Proud Mary”, “All Along the Watchtower”, “Best of You”, and “Purple Rain”

Prince Rogers Nelson (June 7, 1958 – April 21, 2016) was an American singer, songwriter, multi-instrumentalist, record producer and actor. Prince was renowned as an innovator and was widely known for his eclectic work, flamboyant stage presence and vocal range. He is regarded as the pioneer of Minneapolis sound; his music integrates a wide variety of styles, including funk, rock, R&B, soul, psychedelia and pop.

Prince was born in Minneapolis and developed an interest in music as a young child, writing his first song when he was seven years old.