If you haven’t every watched Shark Tank or have been a loyal watcher of the Entrepreneur driven show of dreamers, there’s a really fun special coming up in September. Ashton Kutcher, Chris Sacca and Troy Carter will join Shark Tank in its next season as “guest sharks.” The season premieres on September 15. The guests will appear individually alongside Shark Tank’s regular investors, or “sharks,” who include Mark Cuban, Daymond John and Barbara Corcoran.

Shark Tank is an American reality television series that premiered August 9, 2009 on ABC The show features small start-up entrepreneurs pitching their businesses to a group of savvy investors who are willing to invest right then on the show. It’s a sink or swim situation so if the sharks agree to a deal, it’s a win but if the business owner doesn’t accept the typically low ball offers, their opportunity is lost.

No matter what happens with the deal, the businesses appearing on the show have reported an Opera Factor effect in that they typically receive a huge boost of sales for at least 3-6 months following the sale.

Well known actor, Ashton Kutcher has been an active investor in many startups for years such as Airnbnb, Spotify, Uber, Flipboard, SoundCloud, Foursquare, Shazam and Houzz. 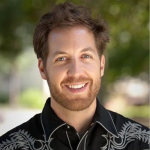 Chris Sacca, who has backed Twitter, Instagram and Uber through his fund, Lowercase Capital, has been quoted to be investing his own money on the show. If his seed fund partner Matt Mazzeo wants to invest in a deal, he can step in and take the deal in the name of one of Lowercase’s funds. “That was the way I felt it was fairest for LPs,” Sacca says. 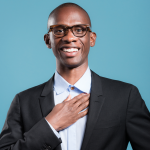