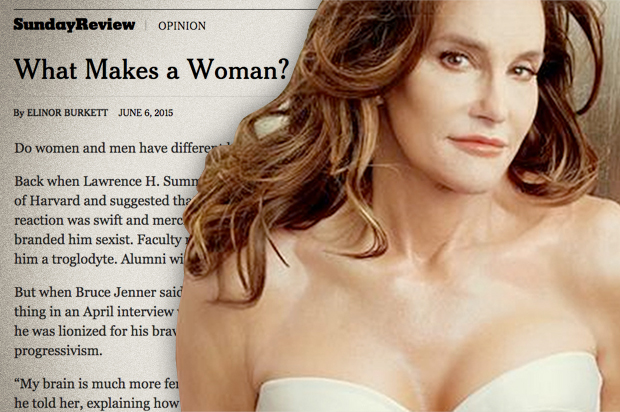 By Noémie Vallières @noemievallieres
As I am growing up, experiencing more, piling up responsibilities and basically discovering the world without some naive and childish lenses, I am stuck, wondering what being a woman really means in our Western society. The question, as basic and simplistic as it sounds, can be quite complex and relative. With the apparent rise of popularity and awareness gained towards transgender and transsexual, majorly propelled by the media, I have been wondering how transgendered people have affected the concepts of genders in Western culture. Since switching genders is starting to be widely recognized and understood, are we slowly disintegrating the characteristics we have erected centuries ago, determining the differences between males and females? Thus, what does it really mean to be a woman in 2015?

First, let’s talk about the sociological aspect of a woman. For the longest time, the difference between men and women was the gender conforming aspects closely linked to stereotypical assumptions adopted and perversely comprehended by our society. Thus, does it make it adequate to say that a woman is someone who wears makeup, shaves her legs and flaunts gracefully in heels and dresses? No, of course not! While these characteristics might relate to the concept of femininity, they surely cannot determine thoroughly the divergences between both genders. Being a woman appears to be much more than that, making the actual gender identification become even more complex. Therefore, since social behaviors put forth the discrepancies concerning the actual definition of womanhood, can biology helps us?

According to the proper dictionary definition, a woman is “a person bearing two X chromosomes in the cell nuclei and normally having a vagina, a uterus and ovaries, and developing at puberty a relatively rounded body and enlarged breasts, and retaining a beardless face; a girl or woman.” Here comes my first problem. In the actual proper biological definition, it is said that a woman “normally” has female genitalia. So does that mean transgender and transsexual aren’t normal? Based on statistics, they surely are not part of the norm and are quite unusual. However, in no case should a minority be considered as irrationally abnormal. Thus, since transgendered people are the actual proof that genitalia and body features cannot determine one’s gender, this biological enunciation is utterly groundless and inadequate in our modern Western society.

Here is a great example of how science and biology cannot fully determine genders in some cases. A few weeks ago, I read a story about a Quebecer called Maude Hubert who was considered an “hermaphrodites baby” since she was born with a penis, one testicle, a uterus and one Fallopian tube. When the baby was born in 1996, the sex was almost impossible to determine based on the equal repartition of male and female organs. However, based on a purely physical and biological analysis and opinions, the doctors have decided to proclaim the baby as a female. She was then baptized Maude Hubert and her male genitalia were completely removed from her body. The problem is, little do these doctors know, she would eventually become a he. Indeed, after spending her entire childhood, trapped in a body she felt did not belong to her, asking desperately her mother when her penis would grow, Miss Hubert decides to present herself publicly as a young boy named Justin. The young lady finally decides to start taking testosterone supplements at the age of 17 years old, in order to become the man she was supposed to be right from the beginning. 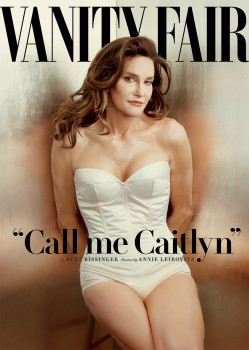 On the opposite, Caitlyn Jenner, born Bruce Jenner, is an American television personality, former track and field athlete and 1976 Summer Olympics decathlete winner. He became an “American hero” by winning an event dominated by Soviet Union athletes during the Cold War, setting a world record not beaten until 1980 and receiving the “world’s greatest athlete” title. Jenner recently opened up about his struggles being a man and his initiative and will to change sex and gender at the age of 65 years old. After undergoing several treatments and surgeries, Caitlyn was presented to the world a few days ago on the July issue cover of Vanity Fair magazine. Even though, this shocking revelation has brought awareness and helped various transgendered individuals open up about their real identity, it has also proved how superficial and shallow the media can be. Indeed, while Bruce Jenner used to be acclaimed and recognized for his great athletic accomplishments and devotion; Caitlyn is now applauded for being hot, pretty, beautiful, attractive and good-looking. It is not very surprising based on the cleavage-boosting corset, sultry poses, thick mascara and bombshell hair. But, does it mean that beauty and physical traits are the only respected aspects of women, while man are valued on their life accomplishments?

Furthermore, while I admire Caitlyn for her great courage, her coming out bothered me. Indeed, Ms. Jenner’s definition of womanhood as a liberating to be able to “wake up in the morning, get dressed, get ready to go out”, wear women’s clothes and nail polish is the kind of nonsense that was used to repress women for centuries. Indeed, just like Elinor Burkett wrote in the New York Times, “a growing number of trans individuals insist on, the notions of femininity that they’re articulating, and their disregard for the fact that being a woman means having accrued certain experiences, endured certain indignities and relished certain courtesies in a culture that reacted to you as one”. By defining womanhood in a materialist and artificially feminine way, Ms. Jenner, overlooked the actual realities of women.

I truly believe that since no biological methods can differentiate a female brain from a male brain, it is our society that forms what we understood a woman is. Actually, as young women, we are confronted with various conflicting messages. The media tells us to settle for nothing less than perfection, both in our careers and our appearances, while our society teaches us to be fragile and vulnerable. For people like Jenner who has not lived her entire life, as a woman cannot fully understand the oppression we face everyday through street harassment, sexist joke, inequalities, lack of rights, etc. Not only does he not understand what being a woman really means, but also he will never face the real struggle of a transgendered person who, with financial and personal issues, will never embrace a new gender and will never receive international admiration.

In conclusion, given the fact that so many physical and psychological components are putting in consideration when analyzing the difference between a man and a woman, is it really possible to determine what is exactly womanhood? As long as reproduction will lead to the development of penises and vaginas, we will always be assigned genders at birth, whether it goes with our thoughts or not. But, the perception of genders in a social environment is determines by us only, without any biological or scientific influence. Within these stereotypes of womanhood, if being a woman has so many different definitions, how can we know which one is right?