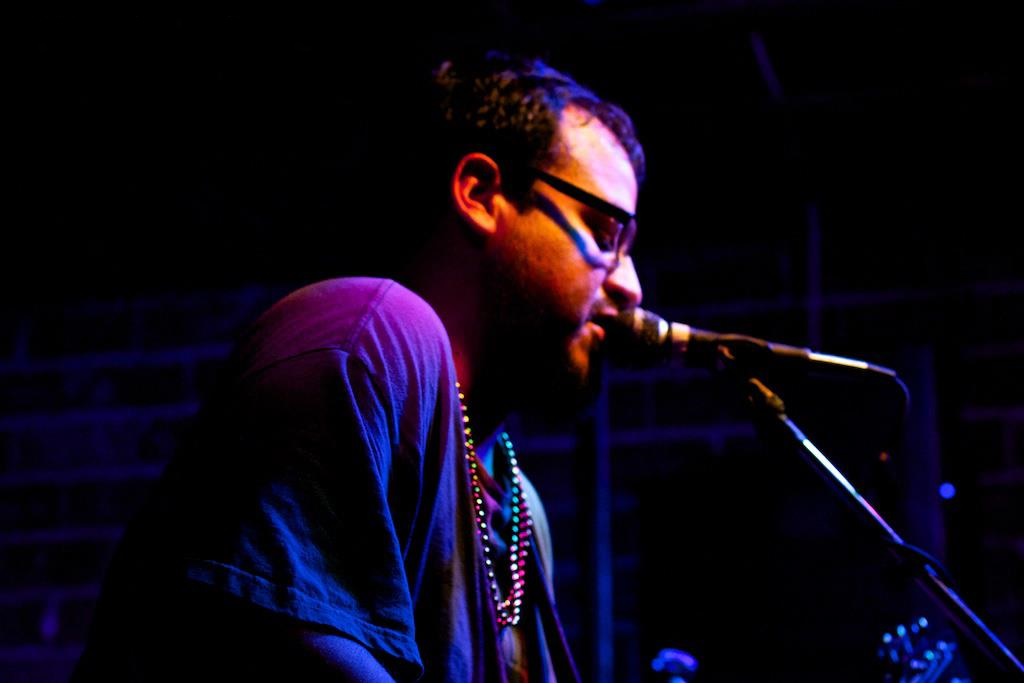 Listen to the live interview Episode #446 Behind The Music with Jacqueline Jax http://tobtr.com/9894769

GETTING TO KNOW BROWN KID
by Jacqueline Jax host of A.V.A Live Radio

La Farra…
is a Spanish term much like “juerga” is colloquial, and it is used to describe a party atmosphere. It was written while I was in college. The song is about when I started playing house parties and about the good times that I had as a young man. It’s also fun to sing because it’s a tongue twister and you have to be ready for it when the chorus hits. I love songs that are difficult to sing along to, so this one is naturally one of my favorite ones.

Alec Cunningham from the Music section of BLANK Newspaper in Knoxville’s Tn reviwed the album and said this about the track: ““La Farra” is a Spanish expression that roughly translates into English as “throwing down.” The track is more or less about being young, throwing caution to the wind, and having the time of your life. Like many of the other songs on the EP, the acoustic guitar gives off a respectable blend of mellowness and liveliness, which is exactly what is to be expected from music surrounded in such a sunny atmosphere.”

We currently have our Album…
“The Unknown “(2009) and our EP Rusty Strings (2013) posted in our reverbNation Page. “Rusty strings” will soon be available in Spotify, ITunes and other social outlets as well. I also have a new single coming out this spring. It’s called “Sunrise”.

Alabama…
I live in the South in the great state of Alabama. I love the music scene here. Georgia, Tennessee and Alabama in my opinion have some great original artists that know their craft very well. Love to travel and play as much as possible. I’m a bigger fan of original music. I there is ton of that here.

The music business is…
tough to me. But it has always been tough. Some people like to give artist a chance even though they aren’t on the radio. Others don’t. It’s all about who you know and not how well you work your craft anymore. That’s on the negative side.

On the positive side. You see more people than before craving for new music. It looks like the constant rotation of the same songs on the radio bores people and they are willing to give an unknown a chance. That’s mainly why our first album was named “The Unknown”. Some people that would come to our shows would be surprised that they had a good time, and I would tell them, “all you have to do is give an unknown kid a chance”

I would love to have 5 minutes alone with…
John Lennon and Kurt Cobain. If I have to explain why, you don’t know music.