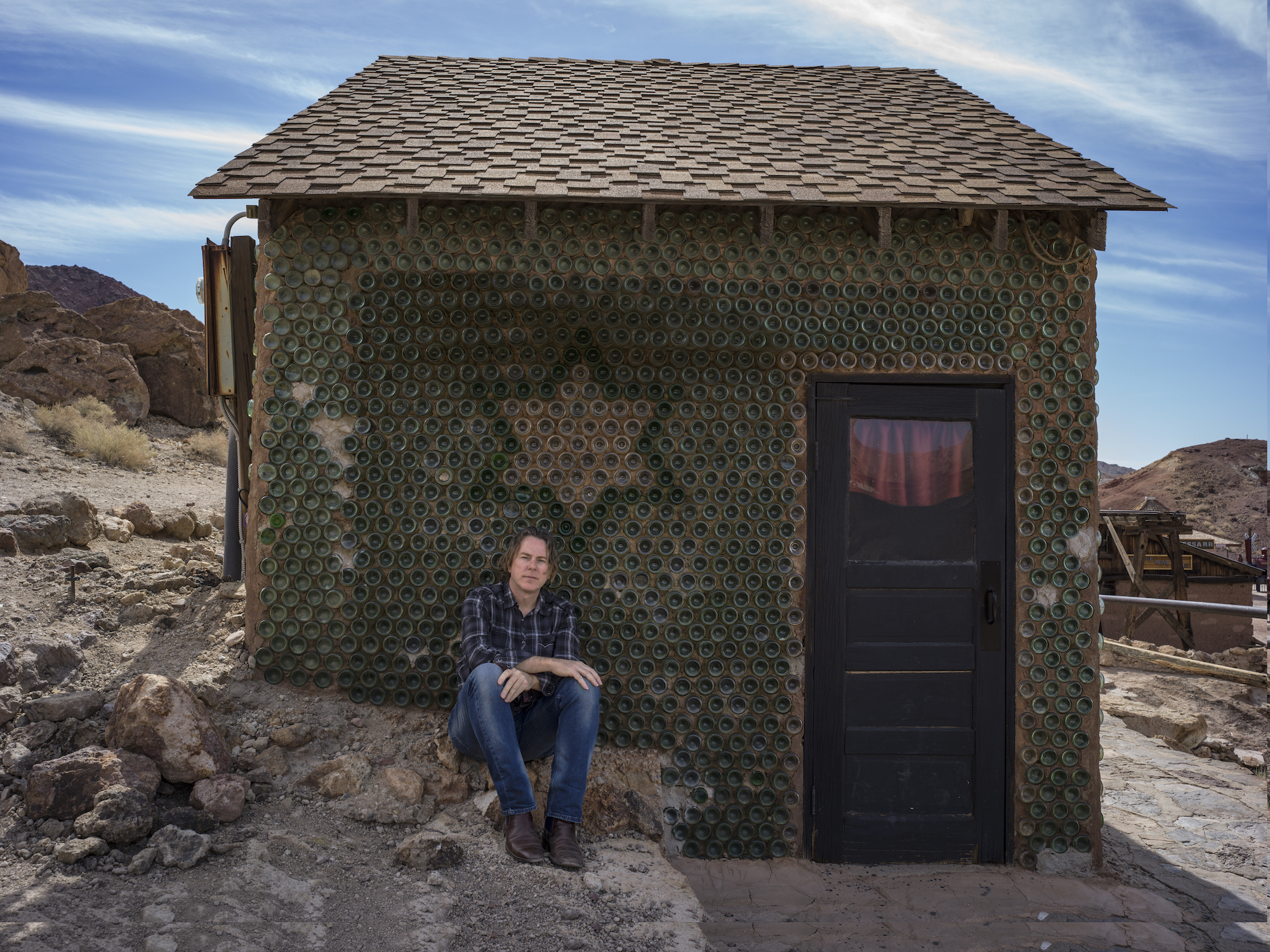 Ash is the singer/songwriter known as Den of Ashes. He is the grandson of early Country & Western entertainers John and “Texas Peggy” Clemens / The Wyoming Ramblers circa 1930s – 1950s, who toured and shared friendships with The Carter Family, Tex Ritter, Patsy Cline and Johnny Cash.

Listen to the interview on podcast:  https://open.spotify.com/episode/6m3w6tl9GcbCUD7kNEVUvu?si=kzqMk6zeT–ZvQwUIL5NLQ

The album is a vast exploration into the Western landscape, both past and present, covering hope, dreams, love, loneliness and death. Famed pedal steel player Greg Liesz graces the new album along with Lili Haydn on violin, Dan Rothschild on bass, Alex Alessandroni on piano, and Ash on Guitar, Harmonica and Vocals. 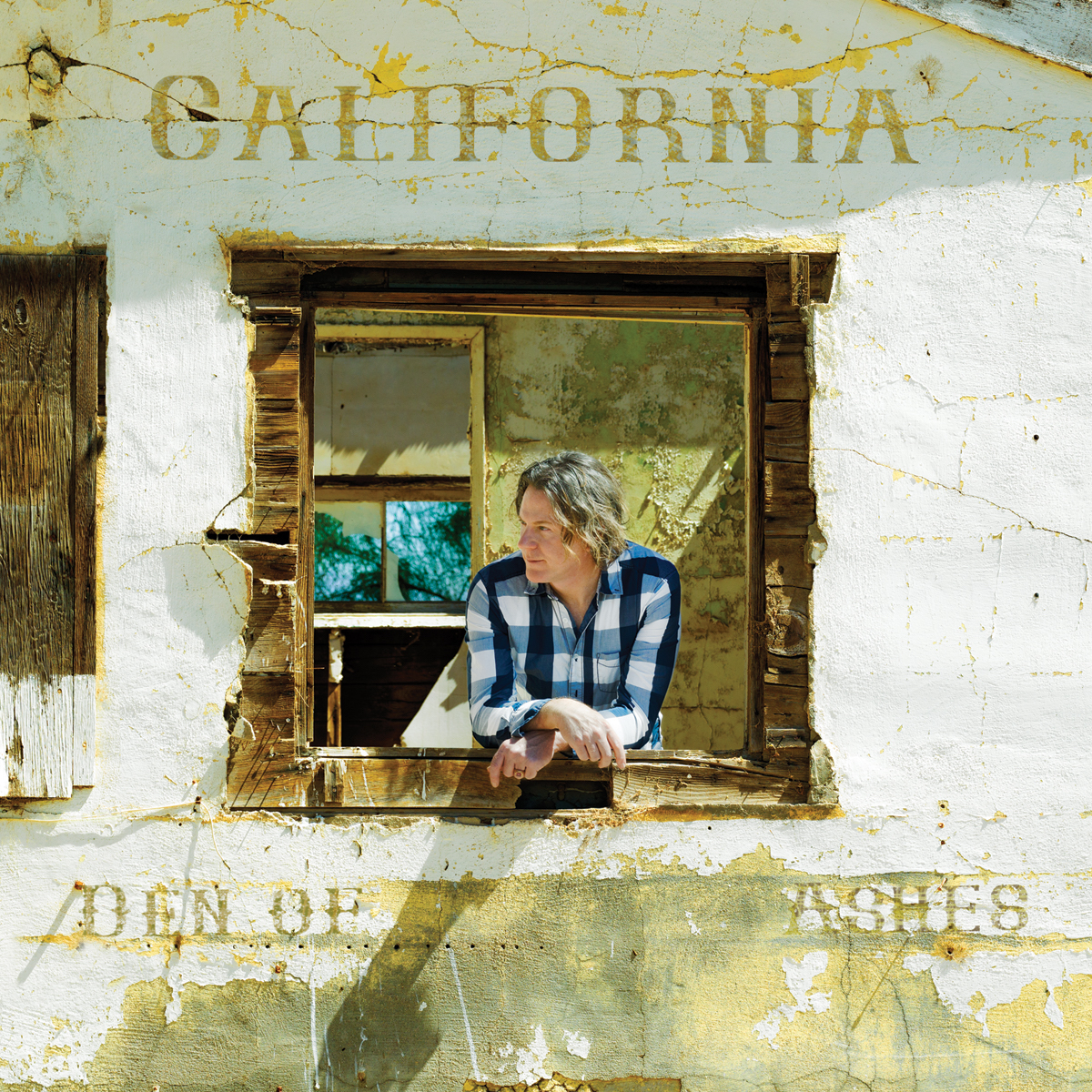 The album has been a long time coming, over three years since Ash’s debut EP Blackbird. Blackbird received over 100,000 plays with no tour support and streamed at #10 on Yandex music just behind Tom Petty in 2016. The EP also reached #21 on iTunes new rock releases in May of 2015.

Bringing back the genre of Western is a bold commitment. Skipping the needle forward 50 years, this is where Western would be now, had it had continued.

It has a distinctive niche within Americana, with influences of Classic Rock, Folk and what is now considered Alt Country. Many great classic California Country Rock bands had their foothold in Western. Early Neil Young, The Eagles and Jackson Browne are good examples. True Western is not a novelty. The very essence of Western music is it’s tonality paired with mood and story telling. It is very definitive, soulful, and at times driving. It is descriptive of the Western landscape and lifestyle.

Den of Ashes’ album California captures the very essence of the alluring qualities of the West, a journey through American’s last great frontier.

There will be a fully supported Den of Ashes tour for this album, mainly out West, Southwest and then moving East. Ash will also be playing solo performances as he embarks on a radio tour in support of California.

History:
Ash is an artist’s artist.
He has remained very close to music throughout his visual career, working on ground-breaking iconic music videos which include Beck’s Devil’s Haircut, Nine Inch Nails Closer, Michael and Janet Jackson’s Scream, Madonna’s Bedtime Stories and Shania Twain’s I’m Gonna Getcha Good. Ash will continue his visual work solely for his own music to correspond with his performances and social presence.
https://www.imdb.com/name/nm4555086/

I live in Hermosa Beach, I spend most of my time being a recluse and creating both musically and visually. This single and album is about my journey to California, my hopes and dreams.

Who have been the most influencial in your music and why..
Neil Young, Jackson Browne, Glenn Campbell, Neil Diamond, Tom Petty, Don Henley, Keith Richards, Jim Morrison, The Beatles, Pink Floyd, Paul Simon. All mainly because of their longevity and ability to continue to create and define a style.

What do you like most about what you do?
I just do it and the path reveals itself to keep me on track. It’s always been that way with me

What do you most hope to accomplish with your influence?
An honest living and interaction with good people and having a connecting moment with them along the way on a grand scale. Leaving the world in a better place where and when I can. mainly for animals.

What is the biggest obstacle you have faced in your career, and how did you overcome it?
Dealing with small minded people in smaller markets when I first started as an artist. God put me on earth for bigger things and gave me an abundance of talent to do whatever I want to and gave me a clear path. I hope not to disappoint this gift.

What do you want people to remember most about you and your career?
That I made a good honest and lasting impact as an influential artist. It’s a form of immortality.

What are you most looking forward to this next month?
Practicing my craft and performing. working on the visuals to correspond with the songs for the tour.