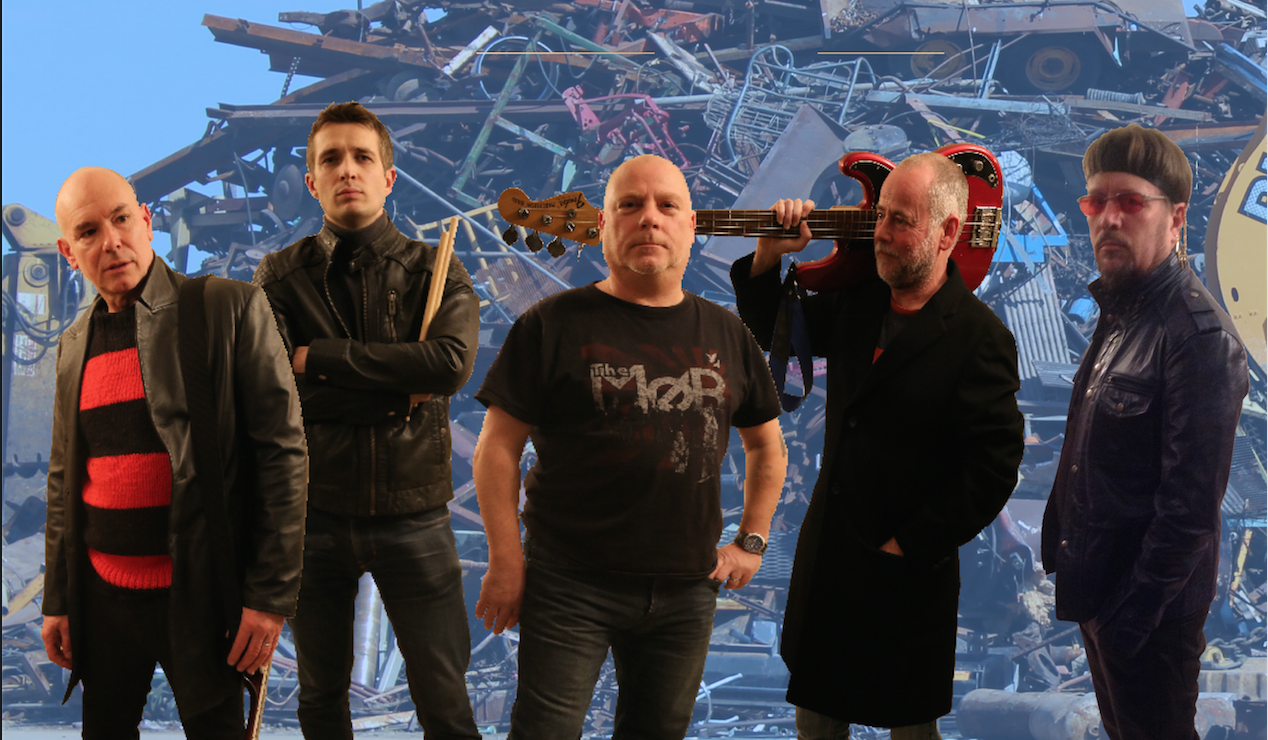 GETTING TO KNOW DERV
by Jacqueline Jax host of A.V.A Live Radio

Vinyl is making a huge comeback in todays music industry. As we get ready to complete our new album and plan a tour we fully intend to go Vinyl for the fans. There definitely is a learning curve to all the social media platforms but we will be digging in this year to increase our exposure. As a punk band, we do feel that there is a small commercial quality to our music with harmonious melodies but this genre today offers a wide variety of facets from poets to Pop punk. That’s the fun of making punk rock music.

How the music industry has changed!
The fact that record sales don’t earn you money anymore has dragged all those lazy bastards back out on the road so they can afford to pay the bills! That’s good. We’ve seen loads of bands in recent years who would never be playing live otherwise. We would just never have seen them ! Just look at the Sex Pistols! Mind you, it would be cheating to claim you saw them if you went along to catch them live now.

Vinyl making a come back is positive. You actually get a substantial exciting product in your hands again when you pay for some music! That meant so much back in the day when vinyl was all that was available. We fully intend to to release some of our records on vinyl in the future.

We don’t know if you have ‘Pay to Play’ in the states. This is where a band gets a gig if they supply an audience (To buy beer). If the quoted number don’t turn up then the band has to pay the venue a fee. Blackmail isn’t it?!! Luckily the musicians Union & others are on the case to stop this outrageous practice. DERV don’t do those sort of shows!

Lock n Load…
is the introduction of DERV to the world. It is the first track on the album and the first song on the set list when we play live. It loosely describes what we are about & what you can expect from DERV through our tongue in cheek sense of humour. Short & simple!

Lock n Load is the first song on the DERV album ‘Songs From The Bus Shelter’.  As younger Punk Rockers we would all congregate in a bus shelter where we lived & be as Punk Rock as possible. The album addresses important topics ranging from dissatisfaction with todays society, (just like in the bus shelter days), to abduction, murder & cannibalism. All done in the best possible taste of course!

The album is…
also a celebration of the 40th anniversary & renaissance of Punk Rock. Currently the recorded demo’s have proved to be popular with fans of the original Punk movement & we hope when the album is released later this year that the DERV sound can be delivered to a wider audience of those who continue to enjoy this genre. Our songs are in the main, fast & punchy although there is one track ‘DERVolution’ that has a slower tempo & a melodic middle section for those who like that sort of thing. We have a lot of fun doing DERV & we want the listener to have a similar experience. You can expect some live shows to promote this album.